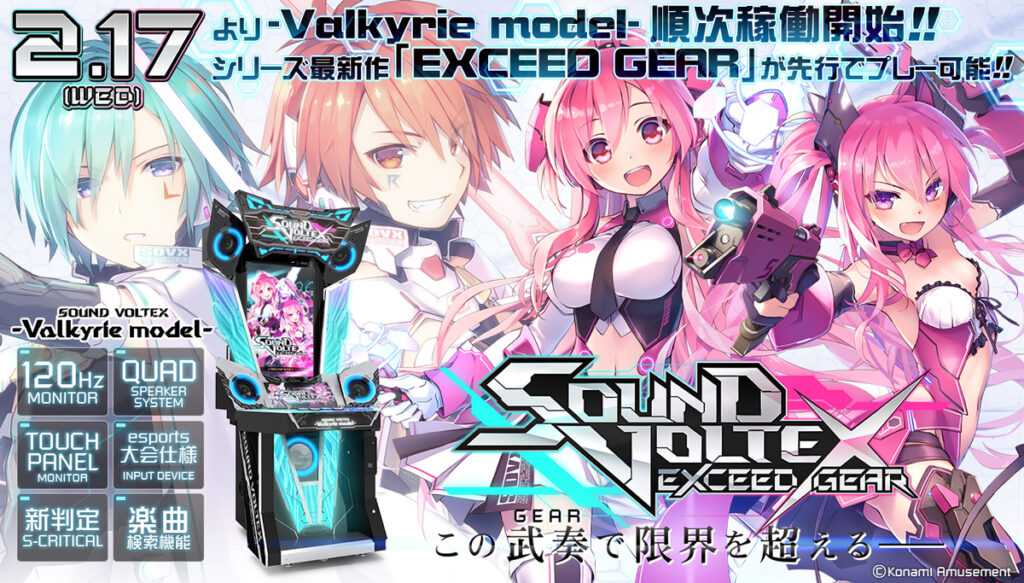 With the announcement of the new title and machine, we got some new information as well. If you’re a proponent of the beatmania IIDX Lightning Model cabinets getting exclusive songs, then you’re not going to like this announcement: KONAMI said that the Valkyrie Model for the game will be launching with an exclusive song, ‘VALKYRIE ASSAULT’ by BEMANI Sound Team “Syunn”. 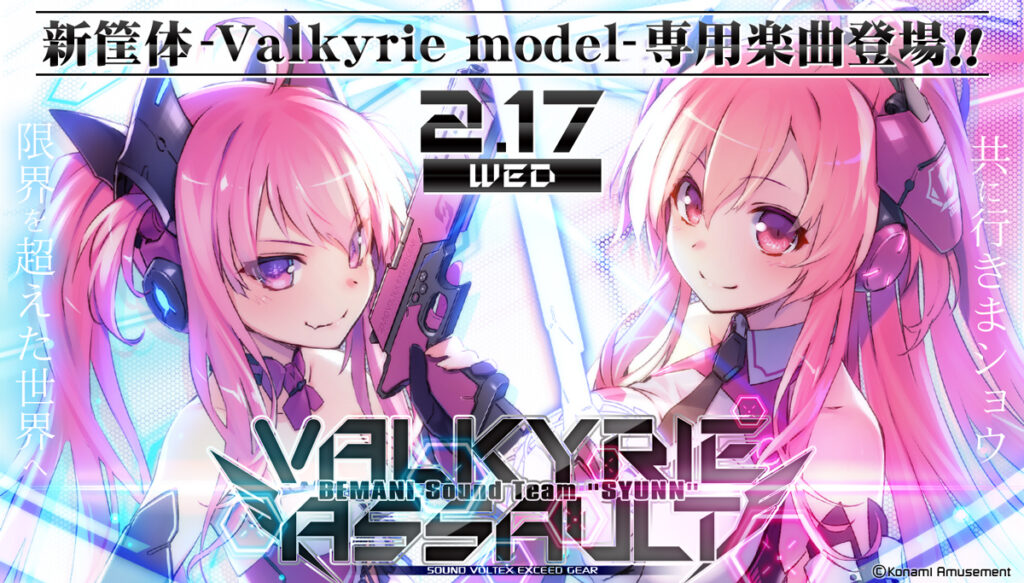 KONAMI also let us know about a handful of new songs and remixes that are being added to the title. Do note that this is nowhere near the full new song list. They also shared a couple of new modes that will be coming to the Valkyrie Model machines: the ARENA BATTLE and MEGAMIX BATTLE modes.

The last bit of info that KONAMI shared about the upcoming release is the type of content that you can transfer from Sound Voltex Vivid Wave to Sound Voltex EXCEED GEAR. The items that you’re allowed to keep are: your SDVX ID, Player Name (can be changed), Score Data, Unlocked Songs, Appeal Cards, Crew, Achievements, VolForce. The items that you can’t carry over are: Skill Level, Skill Plates, Course Scores, Blaster Gauge, On hand PCB, On hand LE, Rivals (these will reset). 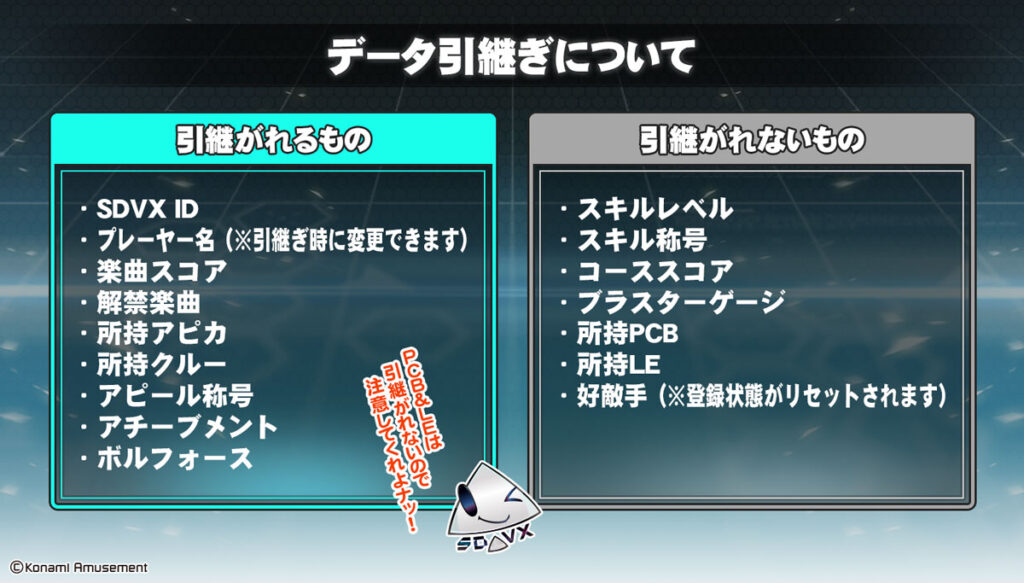 We will go to check out the new Valkyrie Model machine and the updated game once it hits local game centers here in Tokyo, so you can expect to see some more on-the-ground info about the title in the coming days. As of now, it seems that both Sound Voltex Vivid Wave and Sound Voltex EXCEED GEAR will be operating concurrently, with the Valkyrie Model machines getting EXCEED GEAR first.