Sound Voltex – a Battle Through Space and Time 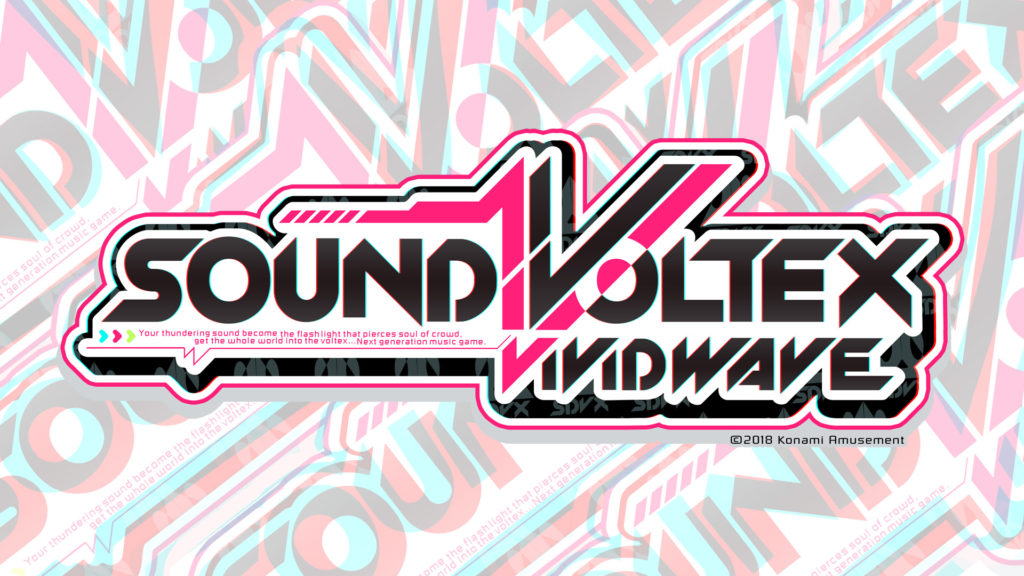 The year is 2011 and Konami is on the verge of debuting a new game in its BEMANI franchise of games. Little did they know at that time, they were once again about to strike gold as they have many times in the past.

But not everything that shimmers is gold, and Sound Voltex certainly had a rough patch when it was released. From the game not being key-sounded to the charts not really having much variety, let’s take a look and find out how Konami took what was looking to be a failed attempt at a renewed glory into being one of the biggest and most popular franchises in the BEMANI stable.

Konami first debuted Sound Voltex Booth on July 16th, 2011 as a location test in Tokyo followed by two more location tests on August 26th-30th and September 15th-19th and a location test in China on November 29 and 30. The game was familiar yet different in the same vein. Similar to the fact that it uses buttons that are to be tapped in time with the corresponding notes falling on the screen when they hit the timeline.

But what was different about Sound Voltex Booth is that there are two knobs that are to be turned with tracks that line the left and right sides of the play area and make filter effect sounds to the music. This new breath of gameplay caused a stir in the community and people started to take a liking to the game. Then the game was released.

Six months after the first location test, Sound Voltex Booth was released on January 18th, 2012 to a lukewarm reception at best. There were not many songs in the game initially but more were promised vis something called Sound Voltex Floor (see a naming convention here?), the notes were not key-sounded a-la-beatmania and the charts which were playable were not very challenging, let alone fun.

After the promised “Floor” songs started to be released to the public, the game started to have more of an uptick. Players were fascinated at the concept that ANYONE, literally ANYONE that wanted to try to get their music in the game can do so by submitting a track that they made to one of the multiple SOUND VOLTEX FLOOR contests.

Where songs did get added to the game, and it did bring some of the players in as well as develop a community, there was still more that had to be done.

The Games in the Sound Voltex Series

The rise of -NEMSYS- and Collaborations with Beatmania IIDX

By adding a cast of characters which had for better or worse, a sort of storyline and correlation to each other, the game was given a 2ndchance at life, not to mention that there were a plethora of songs added which spanned genres beyond beatmania IIDX crossovers, hardcore, Vocaloid, and Touhou songs.

At home, the arcade, and on the go

Thanks to Sound Voltex’s popularity in the arcade, Konami decided to release 2 versions of its controller for use at home on the Sound Voltex e-AMUSEMENT Cloud service. They started with the release of the Sound Voltex Console NEMSYS Ultimate Model which is identical to arcade specifications.

After the release of that controller, they announced that they are releasing a more affordable version of the controller called the SOUND VOLTEX CONSOLE -NEMSYS- Entry Model which had a downgrade in some of the quality of the parts but still gets the job done. Both can be used with the PC version of the game that Konami has released. They can also be used with the Sound Voltex Ultimate Mobile game for iOS and Android.

Where Sound Voltex might have had a troubled past, it was inevitable that the game was meant to shine among its peers by offering unique gameplay, good music, and somewhat of a storyline to entice players to keep playing.

Now that the game is out on PC via the e-AMUSEMENT Cloud service and the Ultimate Mobile versions of the games on iOS and Android, there really isn’t an excuse to not try the game out. Well, I mean, aside from the region locking and stuff, but if you have a Japanese iTunes ID or know someone that has one, ask them to download the game and give it a woosh!