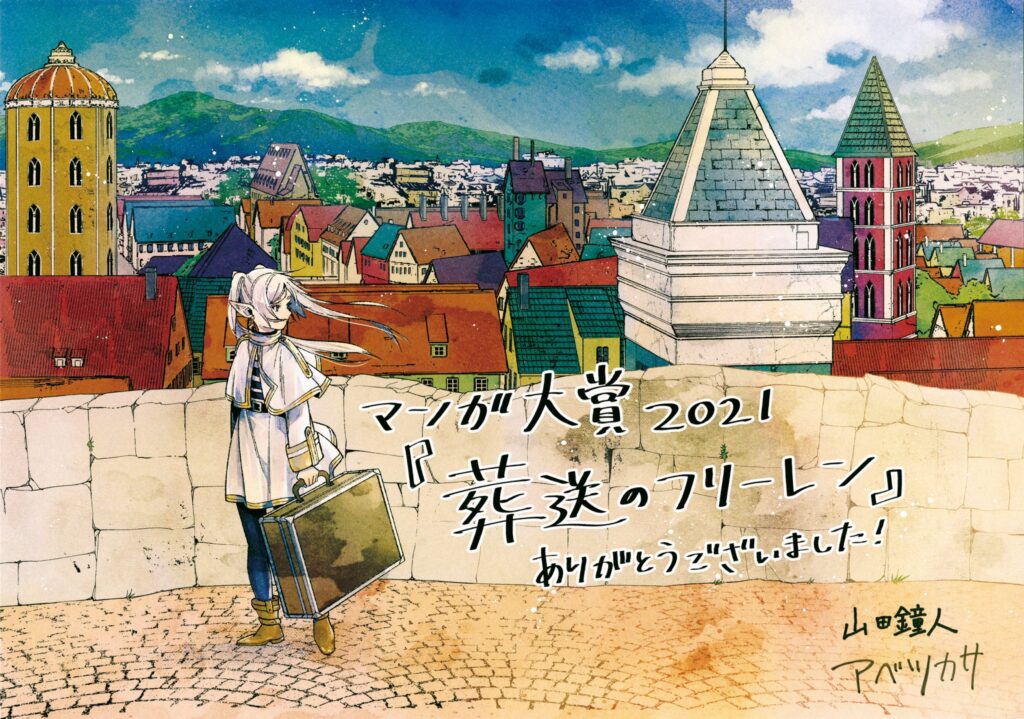 After the nominees were revealed back in January, the results of the 14th annual Manga Taisho awards have finally been announced.

Being decided by bookstore employees themselves, we’d argue that they often reflect what’s popular on the ground more so than the other countless manga awards that exist out there. Tatsuya Endo’s SPY x FAMILY was probably the favorite heading in, but Kanehito Yamada and Abetsuka’s Sousou no Frieren (Frieren: After Journey’s End in English) went home with a surprise victory.

The winners of the 14th Manga Taisho awards are as follows:

As you can see, the scale of Sousou no Frieren’s victory in the results of this year’s 14th annual Manga Taisho awards is quite overwhelming. There are a full 24 points between it and second place: that’s quite a lot! Considering that it only started in April of last year, that’s quite impressive.

To celebrate this overwhelming victory, a full page advertisement has been taken out in tomorrow’s issue of the Yomiuri Shimbun and a television commercial will be broadcast nationwide sometime in the future. No doubt this will increase the series’ reach even further. 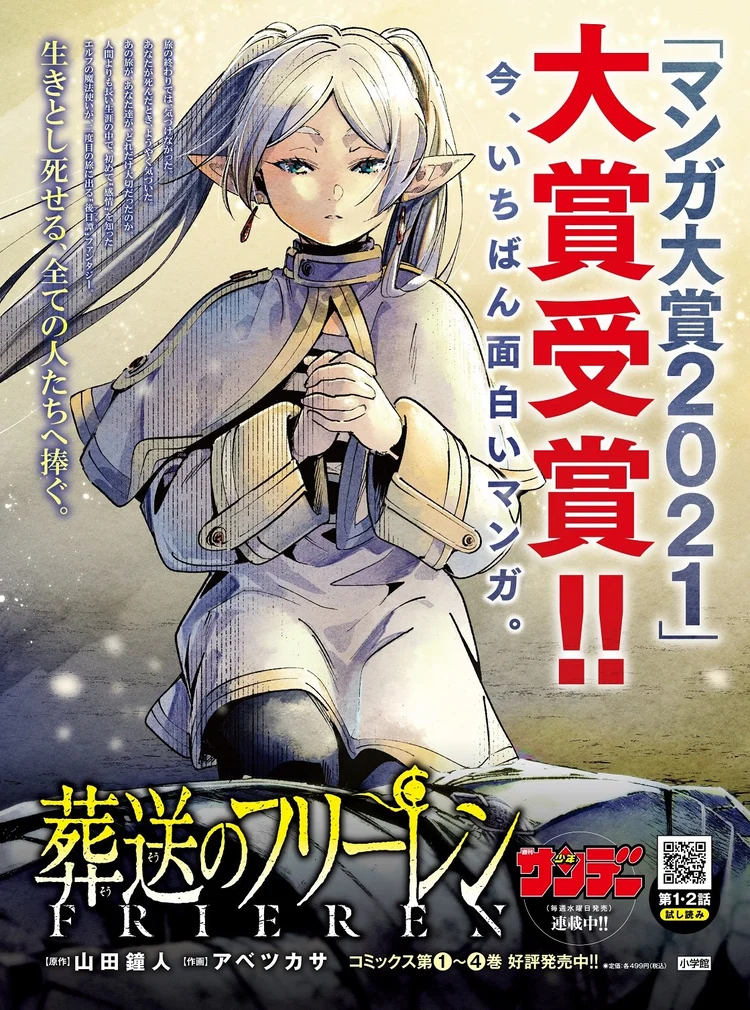 SPY x FAMILY’s overwhelming loss to Sousou no Frieren in the results of the 14th annual Manga Taisho awards is worth dwelling on for a moment. When it first started, it was winning award ceremonies left right and center, but not the Manga Taisho award: it was nominated in 2020, but didn’t win. Given that Blue Period also got nominated twice before winning last year, many (including myself) thought 2021 might just be the year. Alas, it was not to be.

Does this speak to the apparent stagnation of the series’ overall formula, or simply the fact that the initial hype has died down after nearly two years of publication? It’d be impossible to know for sure without talking to some of the judges, but Sousou no Frieren’s victory in the results of the 14th annual Manga Taisho awards is well deserved, regardless.