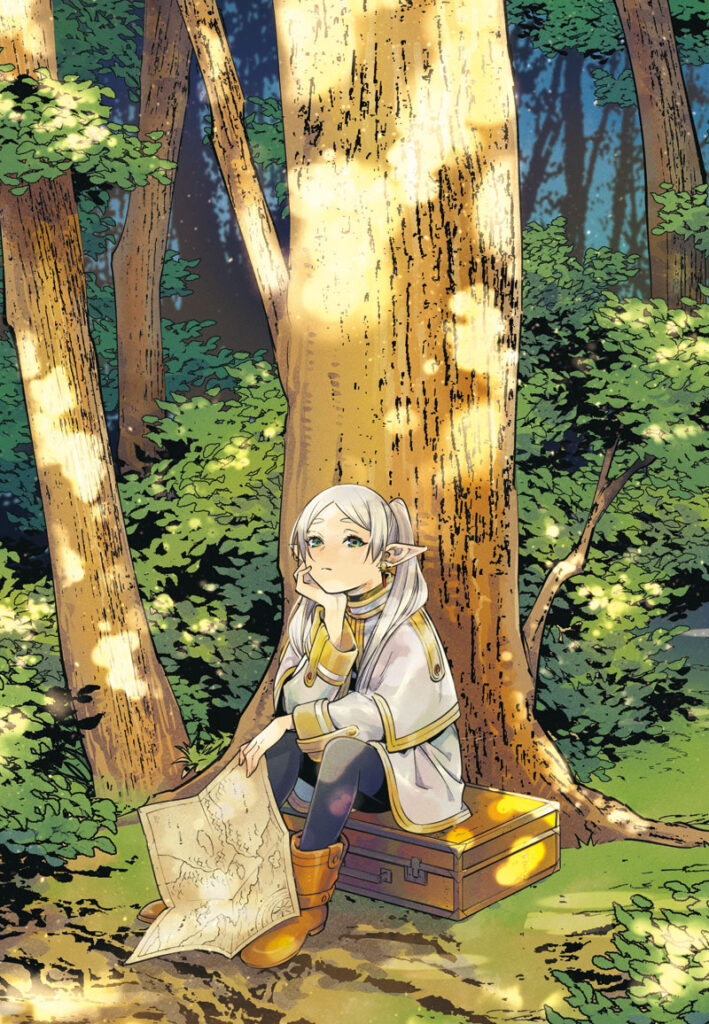 Sousou no Frieren is proving to be an unusually early success for Weekly Shonen Sunday. Penned by Kanehito Yamada and illustrated by Tsukasa Abe, the series’ first two collected volumes have sold exceptionally well and have attracted praise from far and wide. With this in mind, Comic Natalie gathered eight celebrities from different parts of the entertainment industry to discuss and recommend Sousou no Frieren, thereby hopefully bringing it to a wider audience.

The celebrities featured include musicians Yuuya Eguchi and Yuusuke Koide from BLUE ENCOUNT and Base Ball Bear respectively, as well as actors Kenji Urai and Kenta Suga. Several comedians also jumped at the chance to recommend Sousou no Frieren: Shinya Arino from YOIKO, as well as Kumiko Kondou from NITCHE.

Probably more known to our readers, however, will be the voice actors. As a result, special attention should be paid to Tatsuhisa Suzuki and Aki Toyosaki: as the voices of Ohma Tokita in Kengan Ashura and Yui from K-ON!, their recommendations of Sousou no Frieren should not fall on deaf ears. 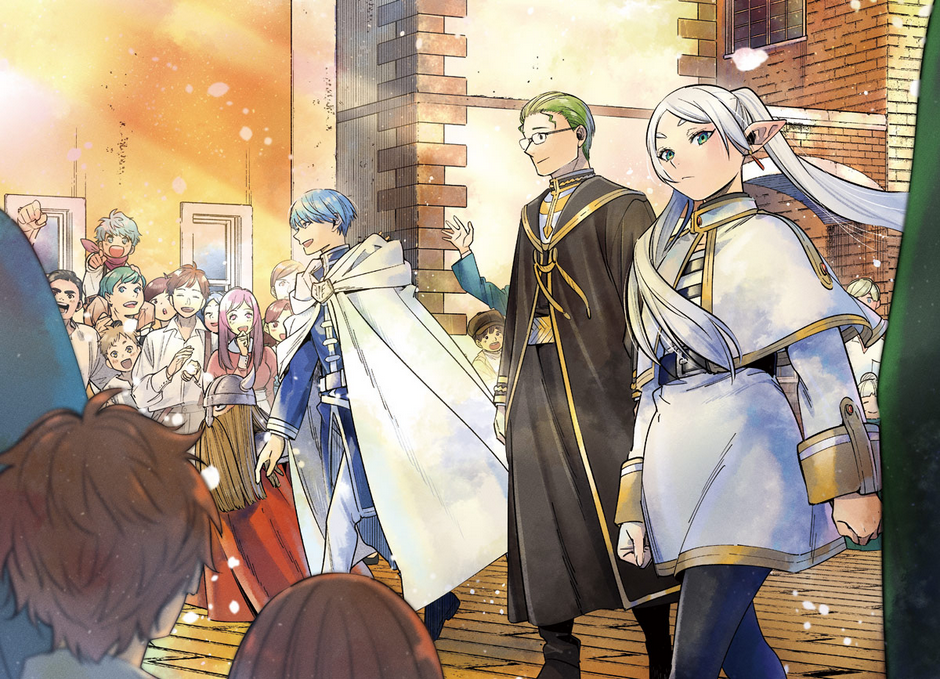 Most of the celebrities participating seemed genuinely excited about the manga, although it is impossible to tell how much of this was done for a quick paycheck. Regardless, one thing that pretty much all of them mentioned was the series’ unique premise: as a fantasy story that takes place “after” the final victory against the Demon King, it has a unique twist on the genre that has scarcely been seen. Such is the reason why so many people are getting excited about it.

Furthermore, Yuuya Eguchi and Tatsuhisa Suzuki’s recommendations really picked apart some of the philosophical connotations of Sousou no Frieren. As the guitarist for BLUE ENCOUNT, Eguchi lamented how “We often see fulfilling our dreams as the highlight of our lives” while Suzuki took the opportunity to reflect on how many “gifts” we receive from people around us. Unfortunately, much like the protagonist Frieren, we often don’t realize this until they’re gone.

Comic Natalie’s Sousou no Frieren recommendation piece was published alongside an interview with the current Weekly Shonen Sunday editor-in-chief Takenori Ishihara in a clear attempt to get as many people to read the series as possible. Those who can understand Japanese can read chapters 1 and 2 via their website.