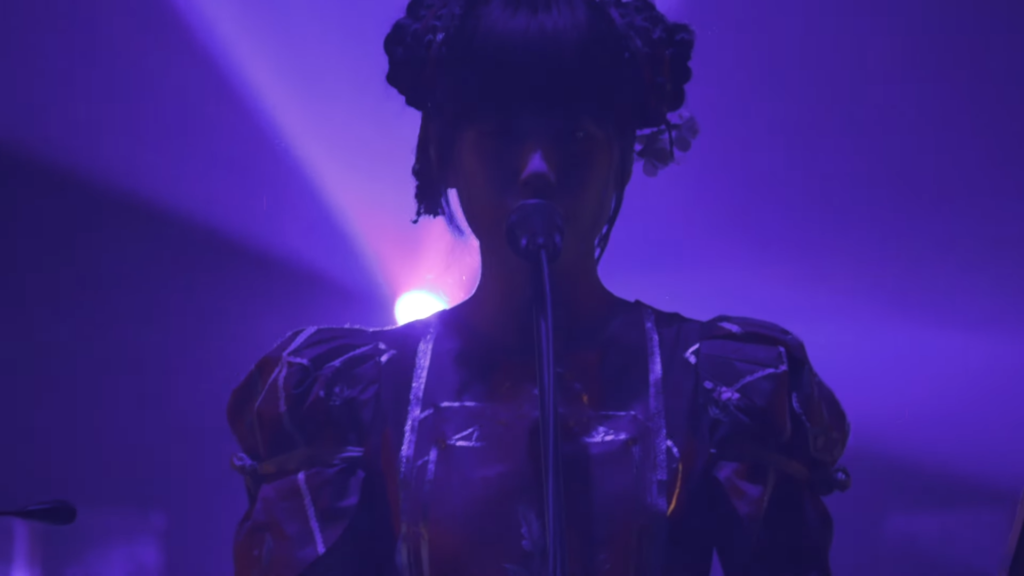 Soutaiseiriron is one of those bands that, despite their success and how influential they’ve become, probably should be bigger than they are; at least when it comes to international audiences. Active since 2006, Soutaiseiriron continues to be one of the best ‘indie’ bands Japan has to offer. I was lucky enough to get turned onto their album ‘synchroniciteen’ shortly after it came out in 2010 and have been a dedicated ever since. It’s been a few years since their last full length effort ‘Tensei Jingle’ so I’m happy to get any new offering from band, even if it is a live album.

It looks like Soutaiseiriron is pulling out all the stops for this live venture though. In addition to their regular band members, you can see they’ve brought along an entire string section just to give this performance that little bit extra. The above two minutes and thirty seconds is a blissful cacophony of dreamlike sounds that’ll put the listener in a happy stupor. You can tell from the video but the front-woman Yakushimaru Etsuko is a bit of an eccentric, who even puts out solo music from time to time. Taking center stage here, she takes the audience to some other beautiful place.

Like Number Girl before them, Soutaiseiriron has definitely gone on to inspire lots of fledgling bands over the career like PASSEPIED for instance. You could loosely categorize them as a rock band but there’s art-pop and experimental qualities to their work, as well as dream-pop with their most recent stuff. Playful riffs that don’t quite reach into Tricot math rock territory but are distinct in their own right. Etsuko’s soft but bright vocals and other eccentric touches have really given this band their own sound, something instantly recognizable. It’s well worth taking the time to familiarize yourself with it if you enjoy the band side of Japanese music.