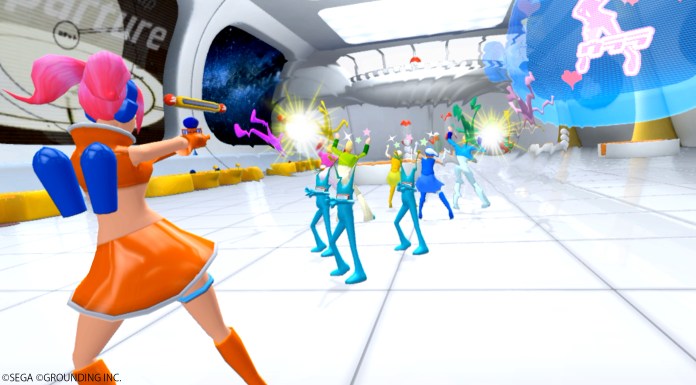 Space Channel 5 VR: Arakata Dancing Show released back in February for the HTC Vive, and now, we have some confirmation that Ulala is heading to PlayStation VR, and we’ll be getting a sneak peek at it very soon ahead of the 2019 release date.

On the positive side, we have confirmation that SEGA is bringing the game to Tokyo Game Show later in the month which is shown in the list of exhibiting titles. In Space Channel 5 VR: Arakata Dancing Show, players will be dancing to this rhythm action experience copying the moves of star reporter Ulala as she battles the Morolians.

Should a miracle happen, we’ll be seeing this pop up in the West shortly after.