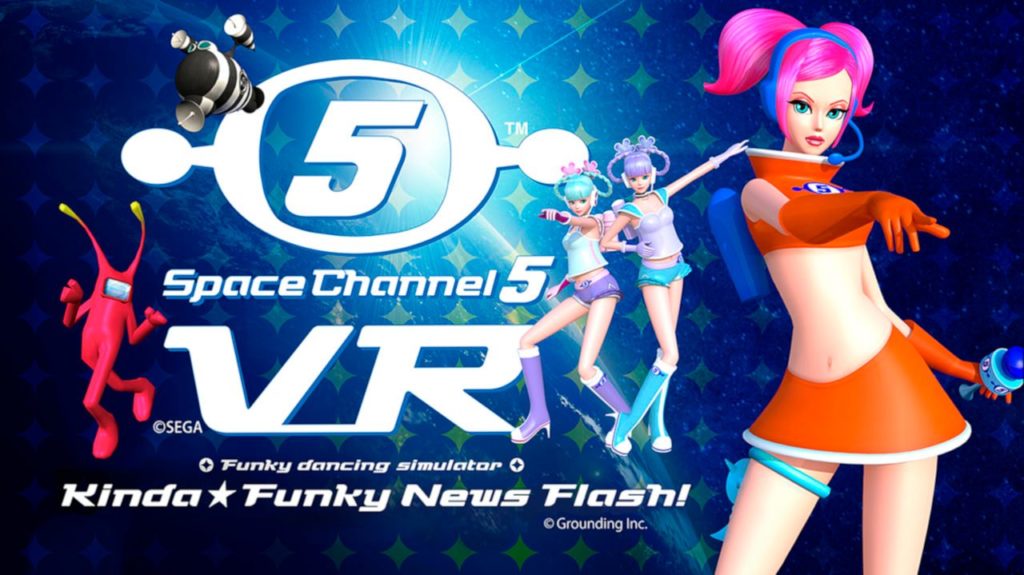 Even 20 years later, Space Channel 5 remains one of the most unique games to release on SEGA’s final console, the under-appreciated SEGA Dreamcast. From its unique setting and wacky concept within the titular news station in a retro-future space station as you take control of Ulala as she simultaneously reports on the news and battles an alien race known as the Morolians, its a game that almost perfectly surmises SEGA’s experimental, off-the-weal creativity of the late 1990s and early 2000s, a game which stood alongside other experimental yet still-beloved titles like Jet Set Radio and Crazy Taxi. Though the character of Ulala never went away, making several cameo appearances in other SEGA titles, the game series has been dormant ever since its sequel for the PS2 in 2002. It’s the reason why it was welcome to hear that Space Channel 5 would return via VR, but after getting a hands-on with a demo of the title at Tokyo Games Show earlier this month, has the wait for the series’ return been worth it?

Rather than calling Space Channel 5 VR a remake of the original game, it would be better to consider the virtual reality experience a reimagining of the series, this time not being developed in house but by the Japanese independent team Grounding Inc.. Saying that, many of the original game’s creators are involved in this new VR project, including Takumi Yoshinaga, who was a designer who worked on the original title. Mineko Okamura, who also worked on the original two Space Channel 5 games over on the Dreamcast and PlayStation 2, heads the company and is also involved in the project. Many of the team over at Grounding Inc. have experience with the original titles that have been applied to the development of this new experience.

You can feel their influence in the brief 15-minute demo on display at the event for Space Channel 5 VR, as well. Slipping on the PlayStation VR headset and entering the space station setting of the game felt less like journeying to a new place and more like a nostalgic welcome home. While it definitely felt like a new experience (and not just because your previously-more-rigid viewpoint of events was gone as you now had the ability to freely look around the world around you and see what’s going on beyond your old field of view), it had a warm and inviting, familiar feeling. The mood of the original experience and the neon-bright color scheme remain easily identifiable even today, and this VR experience managed to avoid feeling like a pale imitation of the atmosphere that helped make those titles so much fun and instead like a true successor in the image of those previous games.

The demo begins with a brief tutorial that explains the game’s controls as it encourages you to move your entire body and the Move controllers in each hand to dance to the beat, and it’s from this point you immediately notice the differences. Rather than control Ulala the game puts you into the shoes of two new recruits working alongside her. Once the tutorial ends things quickly escalate as the aliens invade, forcing you to work with Ulala to defeat the aliens through the power of dance, this time directly involving yourself in the action through motion controls and VR.

This is the general gist of the entire experience, really, or at least, what the 15-minute demo we were given to play showcased. As time went on the moves you were asked to replicate became more and more complicated, but aside from that, you’re doing the same thing throughout the entire experience, dance to the beat. This is far from a bad thing, though, as the dancing is engaging and fun, and I could certainly see this game not only being fun in its own right but being an interesting method of keeping fit through replaying and replicating the dances and refining your movements in order to try and reach a 100% perfect score. The game is also more engaging this way, in my view, as you’re way more involved in the action that’s going on around you rather than acting as an observer hitting buttons on a controller. It’s experiences like this where you begin to truly see the value of VR as a complement to standard gaming experiences, offering an experience that can only really be optimally achieved through that environment.

The music, on top, is catchy and compliments the original game’s soundtrack and style of the game as a whole. Throughout the entire demo I found myself enjoying myself and smiling, and based on the video of my experience a kind member of staff recorded of me, oblivious to how silly I looked to the world around me.

That’s not to say the experience was perfect. The controllers did fail to properly register my movements at times, though it’s difficult to judge whether this is an issue with the game or the brightly-lit and busy environment I was demoing the game within, while there are the obvious fears regarding length and whether the experience will begin to feel repetitive. As a whole though, I had a blast with this Space Channel 5 VR demo and can easily see this becoming a potentially essential purchase for those with PlayStation VR. Provided the issues I had with the controls are ironed out before the final release, that is.

Welcome back Space Channel 5. It’s been too long.

You can find out more about Space Channel 5 VR over on the game’s official website.