Taito’s Space Invaders, a timeless series that just about everyone has heard of, has been noted to have influenced the development of first-person shooters (FPS) and the rise of the video game industry as a global market. It also led to… a shortage of yen in Japan? In the 40 years the game has been around, the game’s popularity hasn’t changed amongst the public and remains one of the most respected video game franchises amongst gamers.

After its release in 1978, Space Invaders became a household name and is revered as one of the greatest video games of all time. While it was first released for arcades, the game was later released for the Atari 2600, 400, and 800 in 1980. This made it easier for people who couldn’t afford to go to an arcade or wait for the machine to play to enjoy the game from the comfort of their own homes.

Upon the game’s release, people flooded arcades all over Japan to get a chance to play this game. An odd rumor started being spread that this game was responsible for a yen shortage; this evolved into an urban myth, but it has been debunked.

However, there is one funny piece of information about the craze for the game. In England, the game became popular enough for a member of Parliament to try to ban the game. They failed, obviously, but it’s funny that the government tried to ban the game due to ‘video game addiction’.

The game’s premise is pretty simple: defeat the wave of descending aliens to defend Earth. The gameplay, though, made it very hard to put down. As one of the first shooting games, the game drew players in with its groundbreaking game play. This is similar to the draw modern games like Overwatch, Doom, and BioShock have on players. Many people say we’re still addicted to video games, and these sentiments haven’t changed much from then to now. 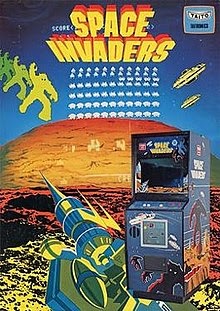 In the past 40 years, Taito has monopolized on the game’s success by re-releasing and updating the game to keep up with the advancements in video game technology without losing the charms of what made the game so popular to begin with. Both the re-released and updated games do very well in the markets and also serve as a way to introduce newer generations to the series.

While the sequels to the original game were released for arcade systems, some of them did receive console releases. Taito went on to create over 40 reincarnations of this game, with many of them being on multiple systems. The game also inspired many programmers to create their own spoofs on the game and release them all over the internet for free.

Marking the Evolution of Gaming

The series has been around since the Atari and has evolved alongside some of the staples of video game culture like the PlayStation, Xbox, and Nintendo systems. It also branched out to the online and mobile phone market while staying relevant to the masses.

Taito re-released the original game on the phone in 2007 and app stores in 2009. The game is the same as the 1978 released, and it turns players’ phones into a mini arcade machine. Players now enjoy it on the go, while also getting a taste of the struggles of the original platform.

For its 30th anniversary in 2008, the MMO Space Invaders World War was released. The game was only in service for a little over a year before shutting down in September 2009. The game was available for free to players all over the world.

Space Invaders Infinity Gene is one of the updated games, and it was released in 2009 on the Apple and Google App stores with the PS3 and Xbox 360 editions coming a year later.

This game takes influence from Darwin’s theory of evolution, by allowing the players to eat ‘genes’ that allow the players to develop new skills like new weapons, music, and life. The graphics and overall aesthetic for this game are also seen in the game Groove Coaster.

In 2017, Square Enix, in collaboration with Taito, released Arkanoid vs. Space Invaders. It was first released on the messaging app, LINE, but later moved to the Apple and Google App stores. This game takes elements from both games for a new twist.

The game also includes other older Taito characters like Bub, Bob, and Drunk from Puzzle Bobble, and newer characters like Groove Coasters’ Linka and Yume making it a Taito party.

Their most recent entry is a compilation game, Space Invaders Invincible Collection. It was announced for the Switch with a March 2020 release in Japan. There is no news for a worldwide release. This game has 10 versions of the game that were released in between 1978-2018. 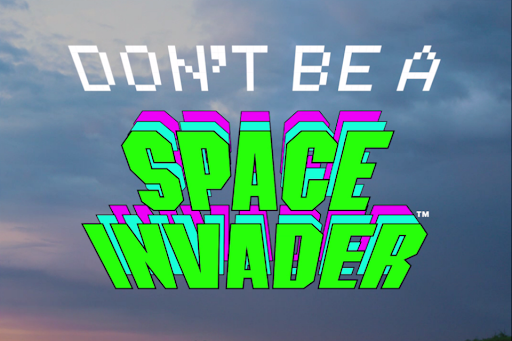 Outside of Video Games

In addition to these games, the series has also been referenced in multiple ways. In the past five years alone, there were many callbacks to the series. In 2015, the game was referenced in the box office bomb, Pixels.

In 2018, England and Taito teamed up for an anti-tailgating campaign using the mascot of the series, Crab. In 2019, Google Calendar released a version of the game that let players remove their appointments as an April Fools Joke. Even now in 2020, a film based on the game is said to be in production showing that the love for this iconic series hasn’t gone anywhere.