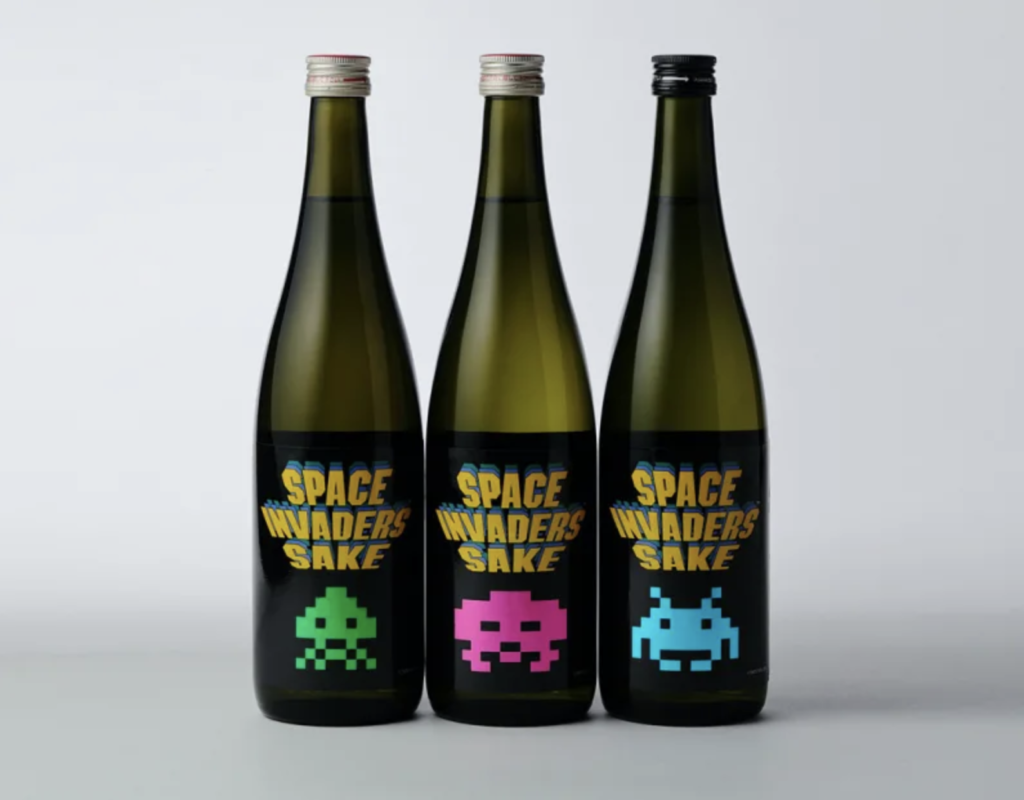 Just a few weeks ago, we announced how SEGA’s Yakuza series was getting its own sake line, and it seems that the ball doesn’t stop there. Just announced today, Space Invaders will be getting its own Sake line as well.

The Space Invaders sake will be going on sale starting next month across Japan, and if you’re yearning to experience it, you can do so exclusively at EXBAR Tokyo as part of its Space Invaders Week starting on June 16th.

If you’ve never been to EXBAR in Ginza, you’re in for a treat as it’s a rather upscale Bar and Restaurant at the forefront of Tokyo’s Ginza district.

As I mentioned earlier, the Space Invaders event at EXBAR Tokyo will be starting on June 16th and running through June 30th. So if you’re in Tokyo at the time, you have the opportunity to try the sake before it hits the shelves of Japanese shops nationwide.

Wakako From Wakakozake Has Her Own Sake