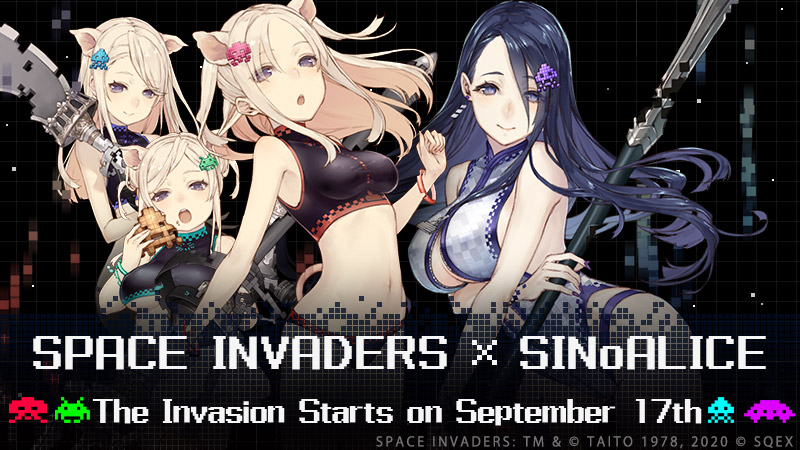 This dark fantasy/ role-playing game was directed by Yoko Taro. It shares much of the same dark, gothic look and feel as Taro’s previous series, NieR and Drakengard.

In the game, storybook characters battle each other in a massive space known as “the library.”

On Sept. 17, a new chapter was added to the story. For a limited time, SINoALICE players can enjoy a little blast to the past with a fun Space Invaders crossover.

Like a lot of crossover collaborations, combining a dark fantasy RPG with a classic 1970s Taito video game might sound a bit odd at first.

But the folks at Pokelabo and Square Enix found creative ways to mesh the two together. Players should find the resulting combination to be unique and clever.

First of all, Princess Kaguya and the Three Little Pigs have been given new “Invader” swimsuit outfits for this event.

The outfits look blocky and pixelated, as if they’ve been rendered in 8-bit graphics. (Back in the day, they gave us eight bits, and that was good enough.)

The outfits even include little hairpins shaped like the Space Invaders aliens.

The characters have also been given new weapons just for the collaboration — the Invader’s Staff of Masochism, Invader’s Spear of Gluttony, and Invader’s Sword.

These weapons will be useful in the collaboration grimoire, called Invaders’ Feast. The Invaders’ Feast special scenario features Invaders from Space.

Some of the battles even resemble a game of Space Invaders.

Fight and win against the invaders, and you will receive invader medals which can be traded for event armor and weapons. 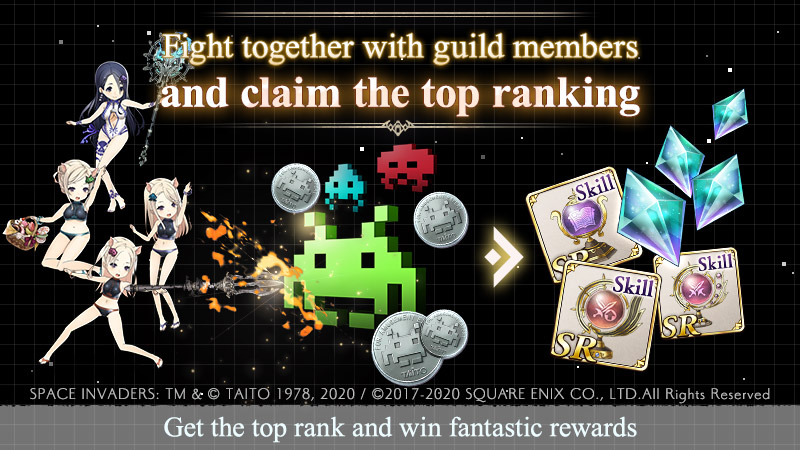 The Invaders from Space will stick around until 5:59 a.m. on Oct. 1, UTC (that’s “Greenwich Mean Time” for Anglophiles).

SINoALICE was first launched in Japan in 2017.   The game had its English-language release earlier this year.

You can find the game at Apple’s App Store or at Google Play.