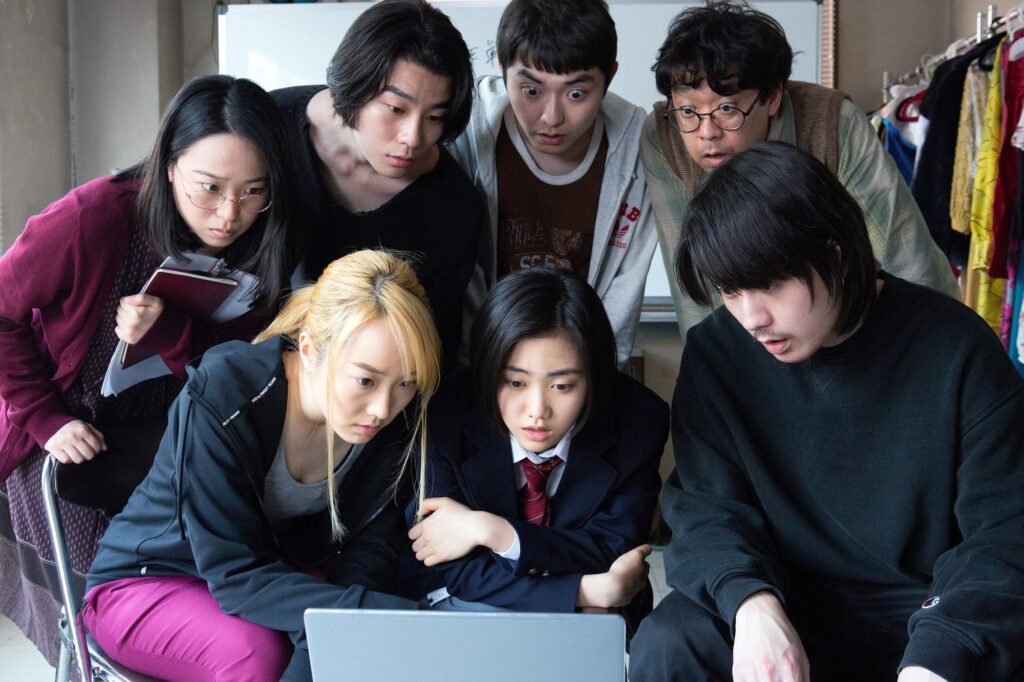 I was unsure what to expect when I started watching Shinichiro Ueda’s latest film, Special Actors, and not just because I’d kept away from most of the promotional material for the film before release. After releasing a film as well-rounded as his unlikely cult hit One Cut of the Dead, I wasn’t sure if he’d be able to follow it up.

What made One Cut of the Dead such a success wasn’t necessarily the extremely clever 1-cut film but how it exposed the difficulties in crafting a story while exploring why someone would want to share their stories in the first place. It celebrated the joy of filmmaking. No wonder it inspired people around the world and became the most unlikely Japanese indie success story in recent years. Any follow up, fairly or otherwise, was always going to be compared to the success of this film.

With this in mind and armed with a bigger budget and a wealth of expectations, Shinichiro Ueda chose to go in a different direction with his second film. Special Actors tells the story of Kazuto, a shy man prone to stress-induced blackouts who nevertheless dreams of becoming an actor. His brother Hiroki invites him to join a unique company called Special Actors that not only specializes in filling up the roles of extras in various films but also takes on unusual requests from members of the public, such as pretending to be a woman’s boyfriend so they can practice breaking up with him.

After working there for a brief time they receive a request from a schoolgirl named Yumi. She wants this rag-tag group to help rescue her sister Rina from the unusual Musubiru cult that indoctrinated her and are now attempting to take over their family inn and use it as a headquarters. Yumi, armed with her inheritance, asks but one thing of the group: save her sister and the inn. 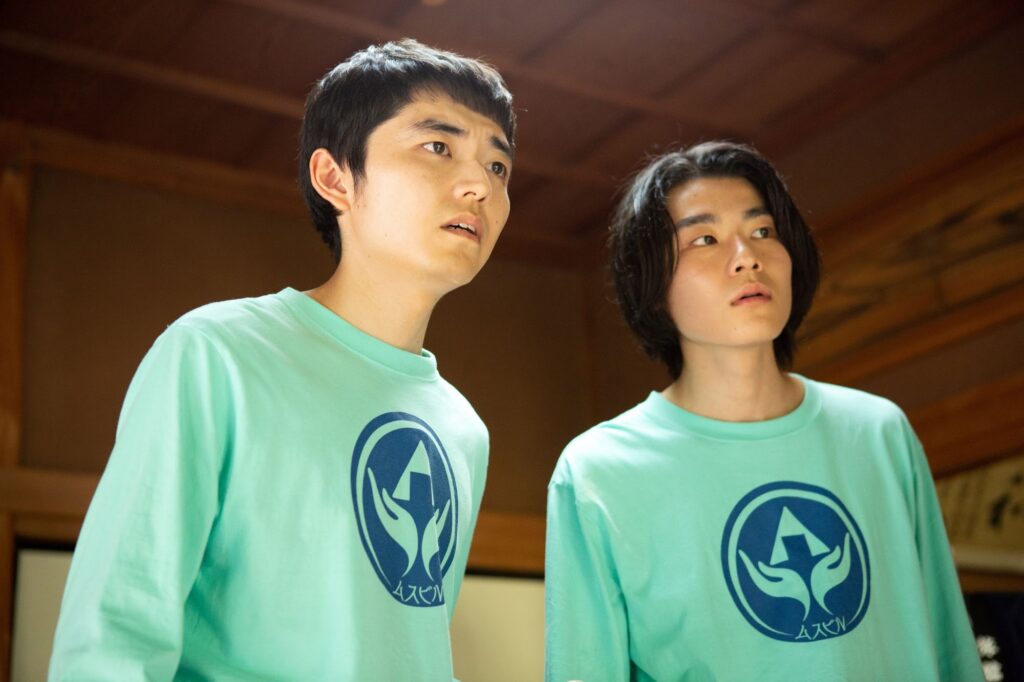 Far from suffering under repeated comparisons and similarities to One Cut of the Dead, Special Actors very deliberately distances itself from the director’s previous work. Special Actors is a playful heist film above all else, and our investment in the film is hinged upon our investment in the characters as they come up with increasingly inventive ways to infiltrate and sabotage the cult. This can even go as far as creating rehearsed scripts and detailed backstories for our characters so they can camouflage themselves without detection.

This is a comedy first and foremost, and the funniest I’ve seen in quite some time. The cult is outrageously, deliberately goofy and obviously fake, and much of the humor comes not just from exposing their comically evil scams but their failed attempts to cover it up and general incompetence. Hidden within the ridicule of the cult is a more serious message on the dangers and rise of cults in Japan and how they prey upon the vulnerable that may be lost on international audiences, but even without understanding this, the pointed jokes never fail to land. 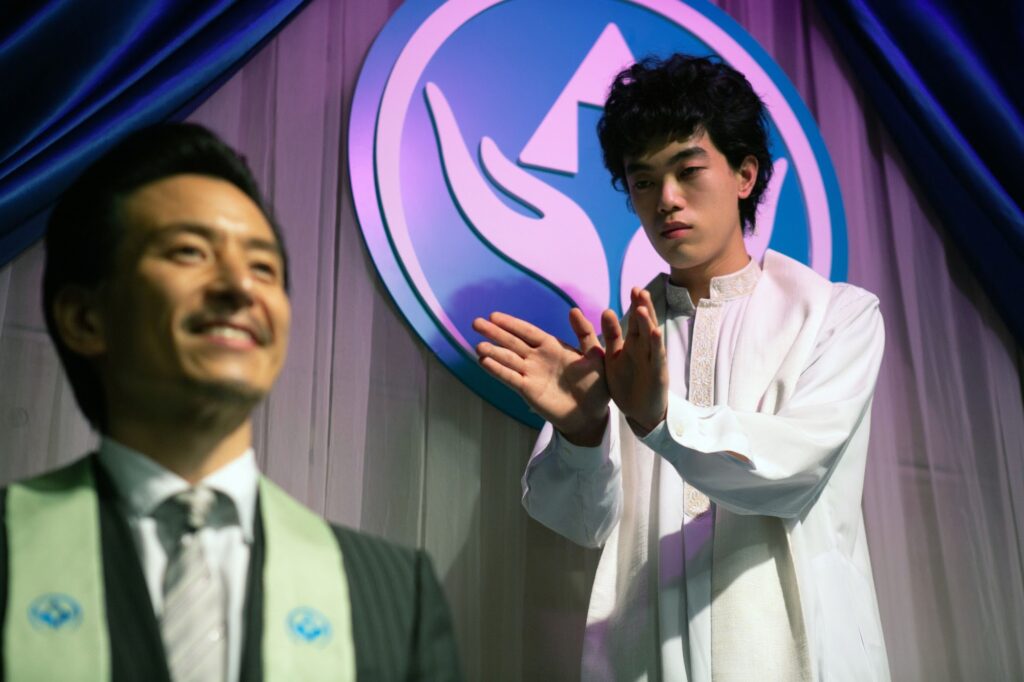 If there is one thing that Ueda thankfully replicates from his debut project, it’s the beating heart that drives the story through to its conclusion. Special Actors is utterly charming, retaining the joyful intimacy of low-budget indie filmmaking that emphasized that movie’s best moments, which easily could have been lost now he had backing and money from a major film studio.

Special Actors is full of the affection and creativity that captured the imaginations of viewers of One Cut of the Dead. By the end, I was laughing, smiling, surprised and overjoyed at the twists and turns of this cult-busting operation, in a way few films have left me feeling in this tumultuous year. At the movie’s core is a story of overcoming your internal struggles that particularly resonates in a year like 2020, as well. A touching, hilarious movie I can’t recommend enough. 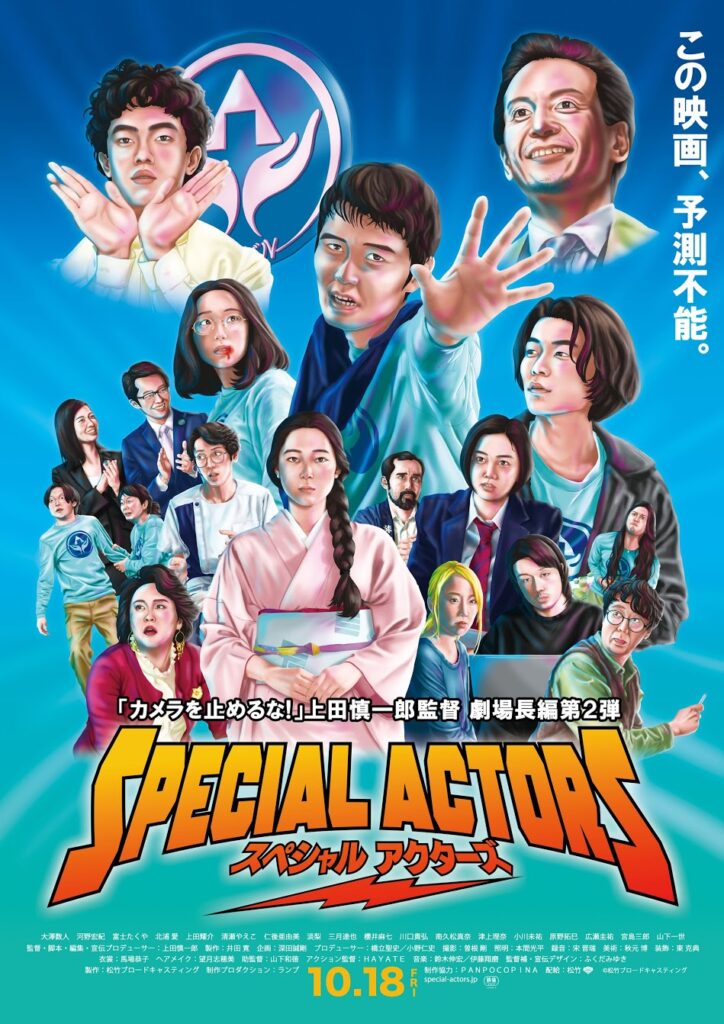 Special Actors was screened as part of Fantasia Film Festival. You can check out our preview of the festival here.