Spice and Wolf VR to Release on Switch Via Labo VR 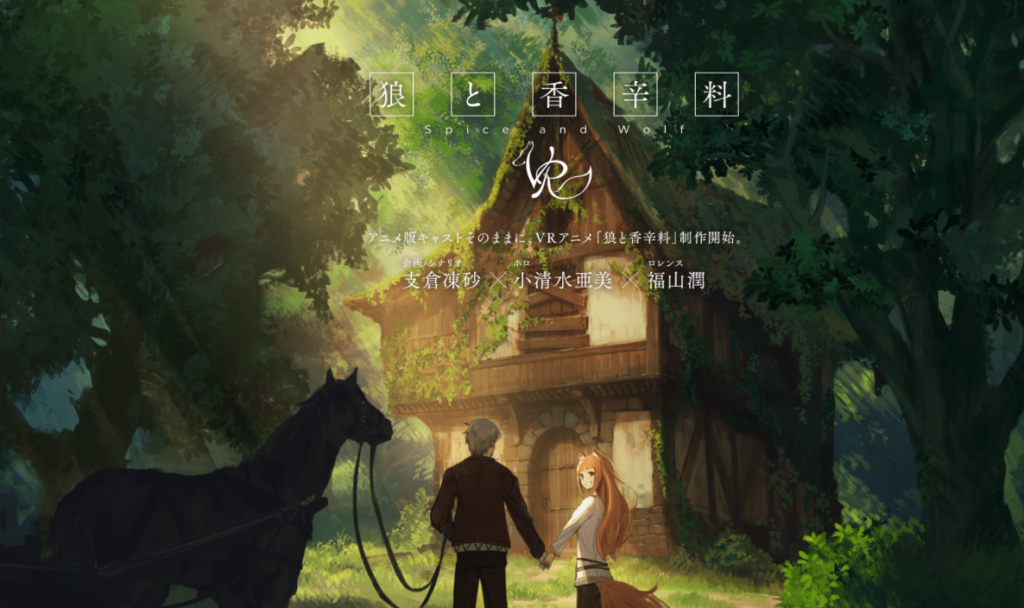 Nintendo Switch has VR now. It’s weird to put Nintendo and VR into the same sentence even now, but the release of Nintendo Labo’s newest kit, one which allows users to create a cardboard housing for the Nintendo Switch to slot into and use as a VR device, means that is now a thing that exists. Alongside its bundled mini-game compilation and the support for both The Legend of Zelda: Breath of the Wild and Super Mario Odyssey, the Switch now has (limited) capabilities as an actual VR platform. Spicytails are set to become the first third-party publisher to take advantage of this support, with the news that their much-anticipated Spice and Wolf VR project will now be released on Nintendo Switch utilizing the Nintendo Labo VR goggles.

As we have already reported, the game is set for release on PlayStation VR, Oculus Rift, and HTC Vive, with a massively successful crowdfunding campaign showcasing to the world the anticipation for such a project and the desire to see it completed. In fact, the release of the Oculus Rift and HTC Vive versions of the product are just days away, with the title set for a release on these platforms on June 3, alongside a more-recently announced version for the Oculus Go. While we already knew that the PS4 version of this game was a bit further off, it now turns out that the PS4 won’t be the only console receiving the title with the news that the Nintendo Labo version is in development.

This version raises a few interesting questions, however. With the Switch being a less-powerful piece of hardware, how will the visuals of this game be impacted during the porting process? Perhaps most pressingly is that, unlike all other VR devices the title is being released on, there is no way to secure the Labo VR goggles to your face, requiring you to hold it up at all times, something that will easily tire your arms as you play. In a way, though this news is welcome, I’m not sure how such a release can be done in a way that ensures a good experience for the player, both visually and in terms of the sheer ergonomics of the Switch’s VR set-up.

In any case, we won’t have too much longer to wait to find out about this. The game’s Switch version is set to be showcased at BitSummit in Kyoto on June 1 and June 2, allowing people to get their hands on this intriguing release and try it for themselves. If you choose to play it through more standard and dedicated VR platforms, the game will be available next week on June 3 for Oculus Rift, Oculus Go, and HTC Vive. If you want to wait for the Oculus Quest, Nintendo Switch or PS4 (via PlayStation VR) releases, you’ll have to wait a bit longer until an unspecified date in the future. The decision to release this Spice and Wold VR project on Nintendo Switch via Nintendo Labo sure is an interesting one, and though I have some doubts, I am fascinated to see how it works out all the same.