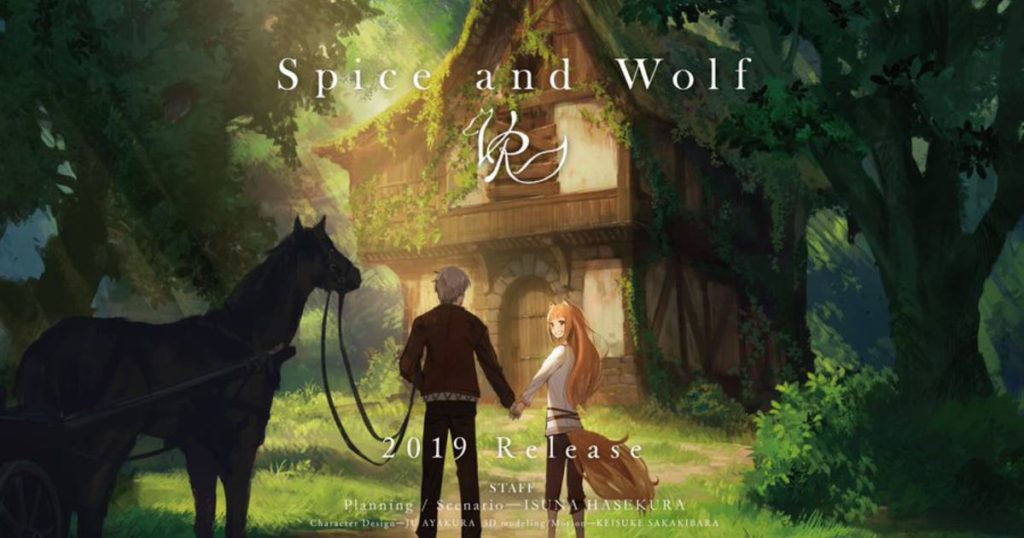 Spice and Wolf, the popular long-running light novel series that has previously seen manga and multiple anime adaptations, will be receiving a VR experience from independent studio SpicyTails. This will be available on Oculus Rift and HTC Vive headsets, while also being available in a non-VR package on PC.

While relatively few details have been shared since the project was originally announced in July last year, it had been confirmed that the original cast of the anime will be returning for this VR experience and that it will share some similarities to the studio’s previous project, ‘Project Lux’. The game will also include English subtitles for international fans.

Although it had been announced that a Japanese crowdfunding campaign would launch on Campfire alongside a Kickstarter campaign for worldwide backers on November 25th, only the Campfire campaign is currently live at this point. However, it doesn’t seem as though these issues have impacted the project too much, with palpable excitement for the game allowing it to easily surpass its 8,000,000 yen campaign goal in just 2 hours.

In the time since then, this figure has grown even more, with the current total at the time of writing standing at 18,151,800yen. Many of the most expensive tiers for this campaign have also already sold out and are no longer available, including a 400,000 yen tier that included a specially made original short movie where Holo would answer a question for you as well as short message where she would say your name, while also including a ‘commemorative tombstone’ and signed voice acting scripts and framed artwork.

For fans of Spice and Wolf, this new project looks set to expand on the world of these novels in an interesting new way. The Kickstarter campaign for international fans is set to begin next week, while the game is set for release in 2019. Further information on the upcoming virtual reality experience can be found via the official website.