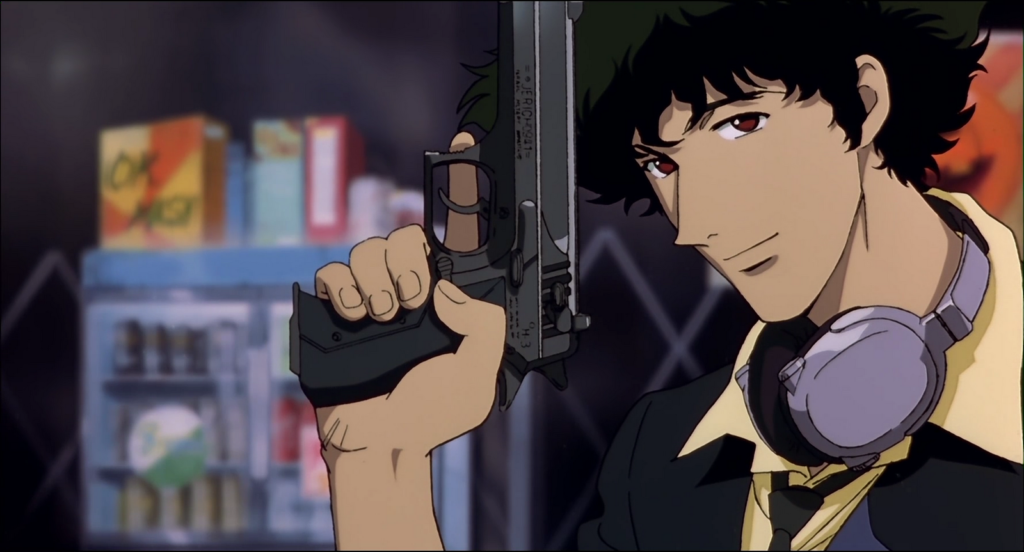 Okay, maybe our title on this entry is a little misleading. Spike Spiegel isn’t an actual cowboy, he’s a bounty hunter. He just happens to be the lead character in this obscure old anime called Cowboy Bebop. Surprised about this stunning revelation, we’re sure.

The signature messy hair, the disheveled blue suit and yellow shirt combo, and a smirk that says a thousand words, there’s no replacement or even a close second to Spike Spiegel.

Characters like him and the shows that they hail from don’t spring forth often, which may be why Spike’s still in our hearts.

For years Spike Spiegel has been one of the most beloved anime characters by the western fandom. He really is that dude who proves that anime isn’t just ninjas in orange jumpsuits, girls with giant hearts in their eyes, and giant mechs with names that are hard to remember.

He’s an actual adult for starters, and the further you get into Cowboy Bebop the more nuance there is to old Spike. Charismatic, but not charming, and maybe a little arrogant to boot, Spike’s succeeds at keeping a cool demeanor, until he doesn’t.

The Voice Actor Behind Spike Spiegel

Fans tend to say if there’s one anime out there you need to watch dubbed and not subbed, it’s Cowboy Bebop. Since its early 2000s adult swim run, the show’s dub has won over almost all of its viewers and potential critics.

Rumors have always circulated that series creator Shinichiro Watanabe even prefers the dub, although we must stipulate that this is just hearsay. Whether he does or doesn’t though it’s the one show more than any other that proves English dubs have their place in the universe whether you like it or not. A big part of that, of course, is Spike Spiegel’s Voice Actor.

Steve Blum may well have laid down the best English vocal track for an anime of all time. This wasn’t something even he could have realized when first performing Spike all those years ago. Knowing when to go from jovial to angry to exasperated at a split-second notice, each one his lines brimming with emotional nuance, he succeeded in capturing lightning in a bottle.

He’s gone on to voice other iconic anime characters like Mugen from Samurai Champloo, Onizuka in Great Teacher Onizuka, and Naruto’s Orochimaru. He’s even voiced Marvel’s popular Wolverine in a variety of games and animations.

As we just explained, the Cowboy Bebop dub is a treasure. With it, has come a trove of great Spike Spiegel quotes who must credit the original Bebop screenwriters, the English staff who adapted the script, and Steve Blum for giving these words weight. Of course, the most iconic quote from the series is just a single word to come from the very ending of the show; Bang! Getting into why that’s the clincher is deep spoiler territory so instead, we want to highlight a few others we love.

A classic bit from the first episode. Bell Peppers and Beef is technically a trivial bit in the show, something that has no bearing on the overall plot or even the episode’s specific one. However, Jet cooking ‘bell peppers and beef’ without the beef and Spike going at him for it is the perfect example of their dynamic. Subtle, solid writing.

Just a good line, isn’t it?

“I’m not a criminal. Woah, that makes me sound more like a criminal, doesn’t it?”

Really, not too much to say, just another classic bit. Steve Blum delivers this one with particular finesse.

Spike: “Jet, did you know that there are three things that I particularly hate?”
Jet: “Really?”
Spike: “Kids, animals, and women with attitudes.”
Jet: “Ugh.”
Spike: “So tell me Jet, WHY DO WE HAVE ALL THREE OF THEM NEATLY GATHERED ON OUR SHIP!!!!”

Another great Spike and Jet moment, that really brings out the boomer in Spike. After Ed, Ein, and Faye Valentine somehow end up on the chip, the two perma-bachelors have to contend with a new way of life. 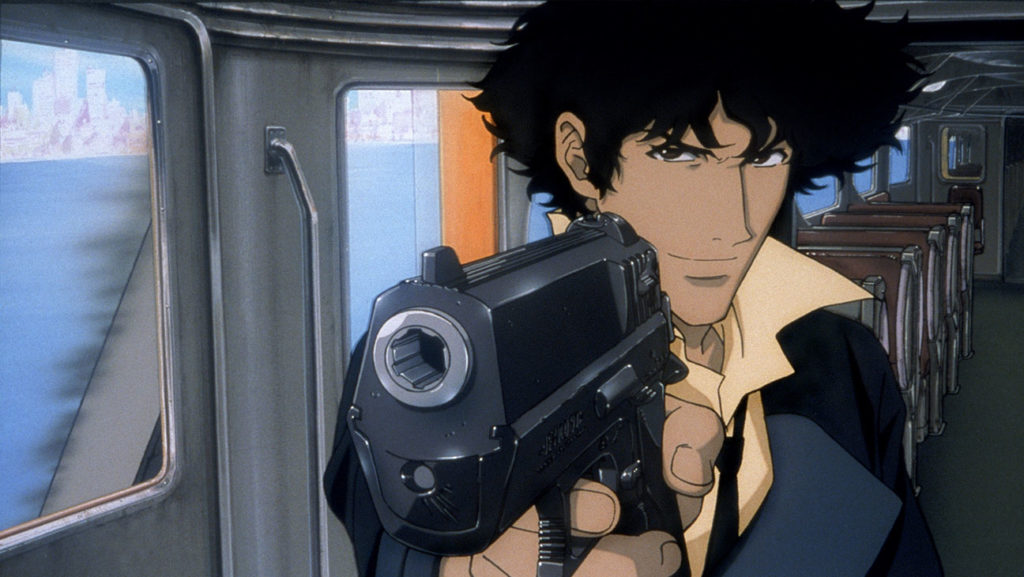 What Gun Does Spike Use?

Spike Spiegel uses a number of different weapons throughout the series. However, every hero has his signature piece. In Spike’s case? The definitive Spike Spiegel Gun has to be the IWI Jericho 941.

In real life, this gun was developed by the Israeli military and was called the ‘Uzi Eagle’ in the United States. Double and single action, semi-automatic, the piece packs quite the punch.