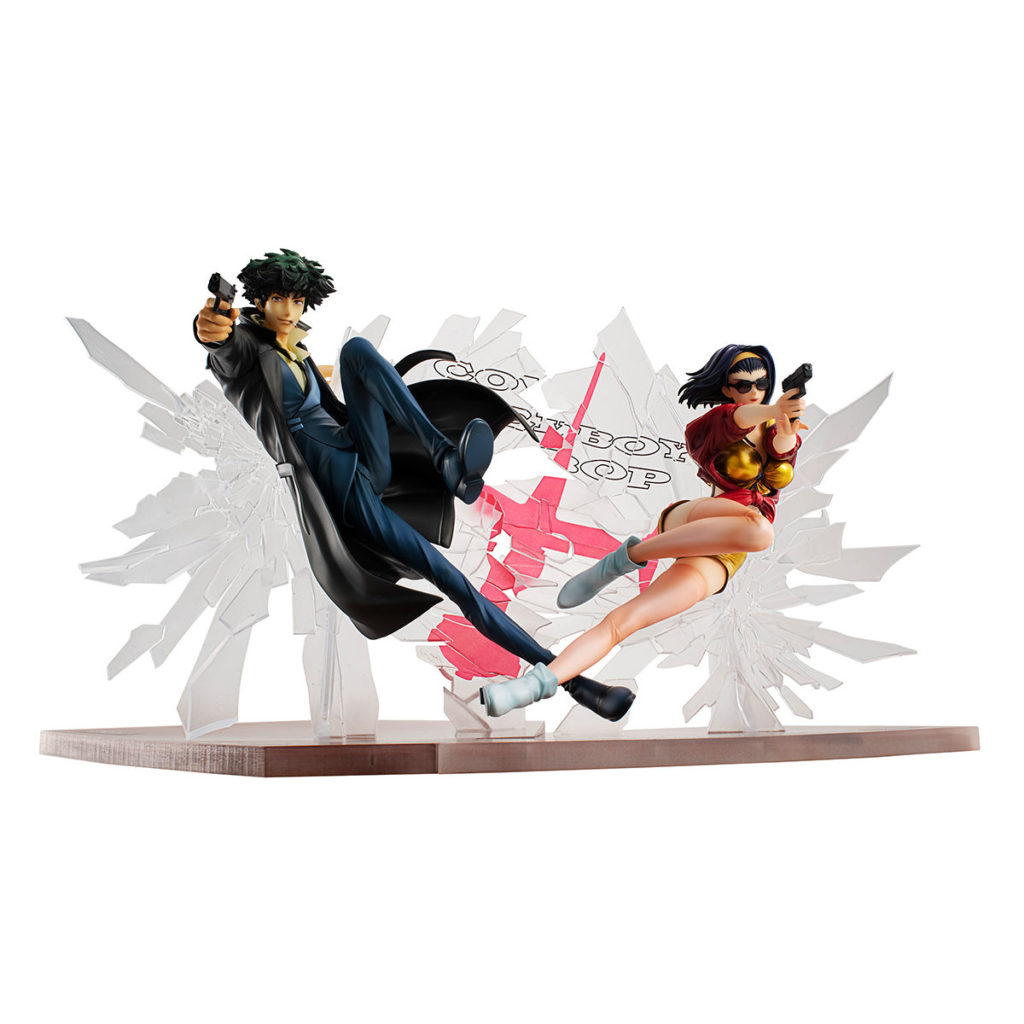 It’s kind of ironic to think that, even though Shinichiro Watanabe was initially given the green light for Cowboy Bebop on the basis that Sunrise could sell merchandise based on it, the series has never exactly had an abundance of figures. Hence why it’s always exciting to see a figure based on the series get announced, as was the case earlier this week when Premium Bandai announced their new Cowboy Bebop ‘1st GIG’ Spike Spiegel and Faye Valentine figures.

Apparently, these figures are supposed to celebrate the upcoming Netflix live-action series based on Shinichiro Watanabe’s original TV anime and feature both Spike and Faye in an action-packed, gun-toting pose.

But as you might be able to tell, the above set is actually made up of two separate figures on a base that joins at the bottom. Naturally, you can buy the two Spike and Faye figures separately, if you’d like – but be aware that there are several key differences between the set and the individual figures. These include a different backplate design, which doesn’t feature the title of the series nor the Swordfish II for the individual figures, as well as the fact that Faye doesn’t wear sunglasses in her individual ‘1st GIG’ figure. 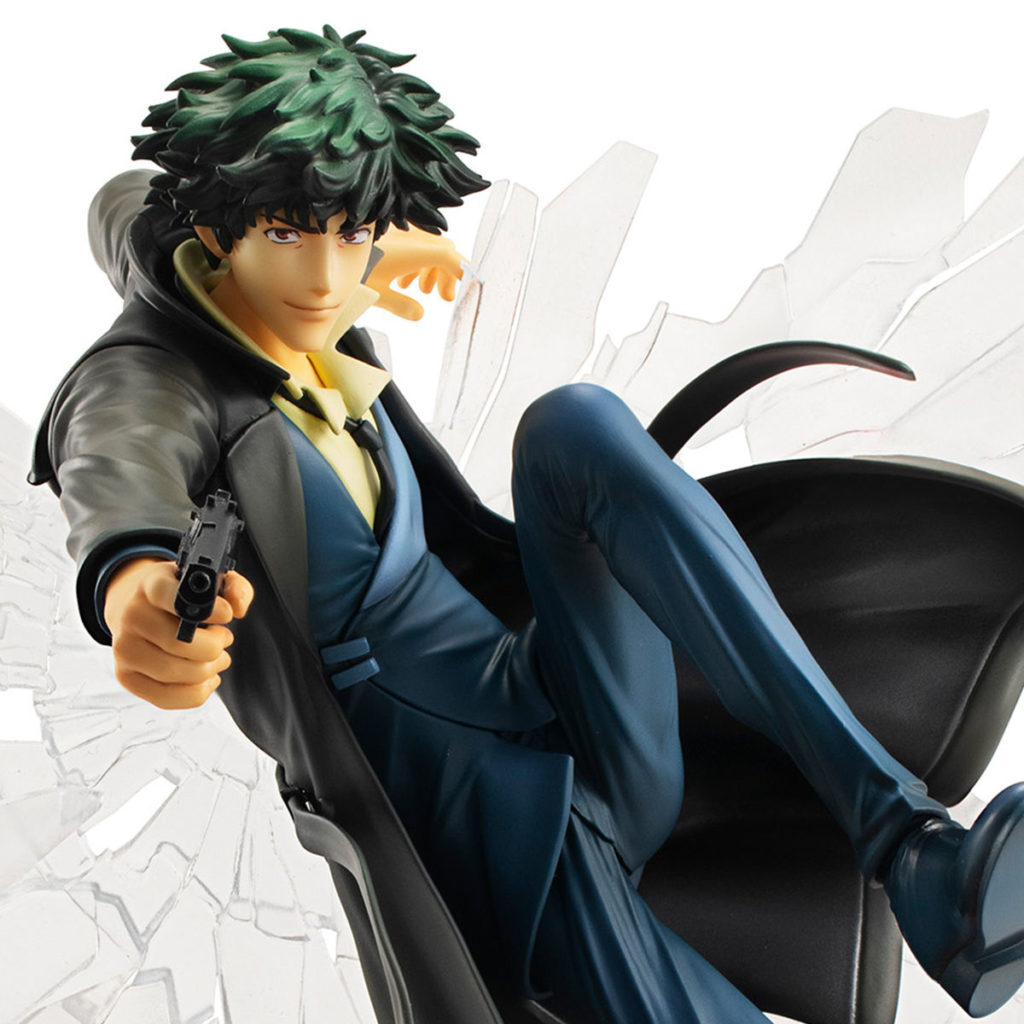 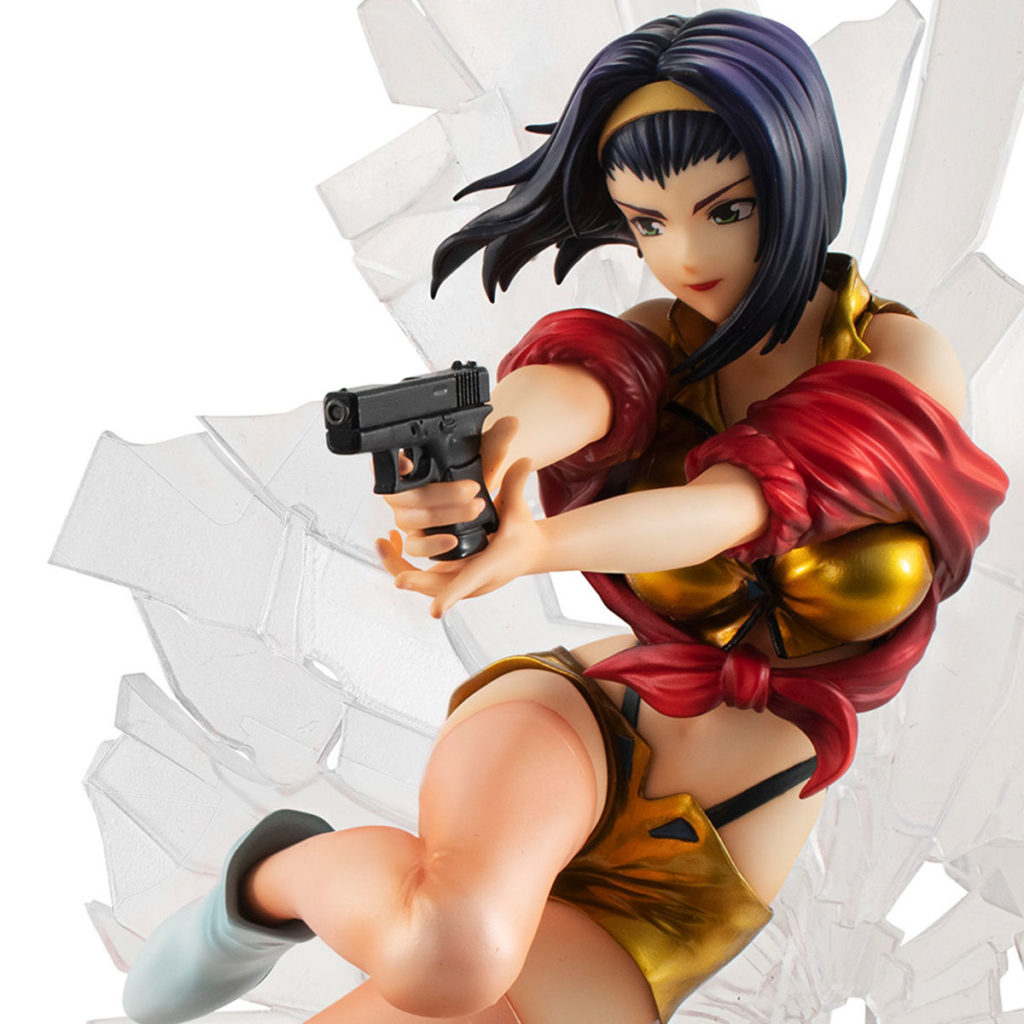 That last omission is definitely a shame, as I’m not the biggest fan of the face sculpt on Faye’s individual figure. Some sunglasses definitely go a long way to cover up that slightly emotionless expression.

But if I’m honest, any Cowboy Bebop figure has me excited and ready to purchase. As I said, the series hasn’t received a lot in the way of merchandise over the years despite its origins, and even the series’ 20th anniversary last year only saw a themed café and theatrical screening.

So even if these figures might not be perfect, nor light on the wallet – 16,280 yen for the individual figures and 30,800 yen for the set – beggars can’t be choosers, after all.

The Cowboy Bebop ‘1st GIG’ Spike Spiegel and Faye Valentine figures, as well as the combined set, are available for pre-order now via Premium Bandai, with a scheduled release date of December this year.