Spirited Away: Never Look a Gift Spirit in the Mouth 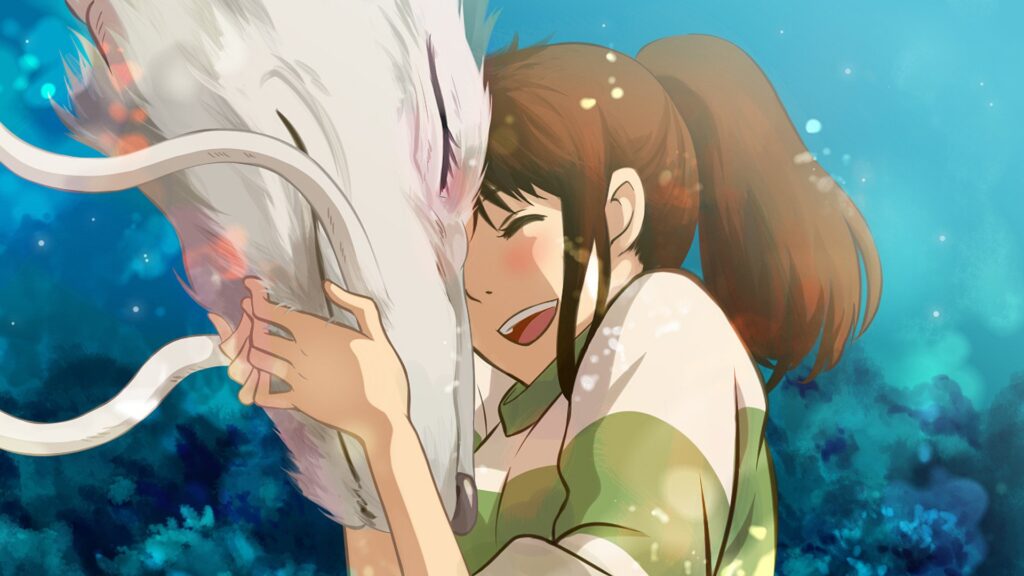 Explaining Spirited Away nowadays is kind of funny when you think about it. In this isekai-dominated landscape, we have become so used to seeing characters become immersed in the escapism their fantasy worlds provide. It’s antithetical to see a feature-length film have a story that revolves around a young girl feeling so abysmally trapped inside her fantasy world. ‘Fantasy’ might not even be the correct term here, because the film’s world seems like a nightmare at times, especially with its imagery and ghoulish characters.

And yet, nearly 18 years after its initial release, Spirited Away remains an unrivaled masterpiece of animated fantasy from the master himself, the legendary animator and filmmaker Hayao Miyazaki.

Though I’m certain that everybody has their own favorite Miyazaki flick, few would deny it a spot amongst the best-of-the-best of Miyazaki’s works. To many, Spirited Away is Miyazaki’s magnum opus, as well as one of Japan’s cinematic treasures.

Despite threatening retirement after Princess Mononoke became a national success in 1998, Hayao Miyazaki went to work on two personal projects inspired by the book The Marvelous Village Veiled in Mist. Both projects were eventually rejected, forcing Miyazaki to seek inspiration elsewhere.

The perfect idea finally hit Miyazaki after spending a summer vacation up in the mountains with his family and five younger girls that were friends of the family. This would inspire Miyazaki to make his next movie a fairy tale aimed towards a younger audience.

At the time, Miyazaki became disenchanted with the decline of traditional storytelling in children’s films, and felt that Disney princess fair hadn’t truly reflected what little girls wanted in a story. So he set out to make his own. 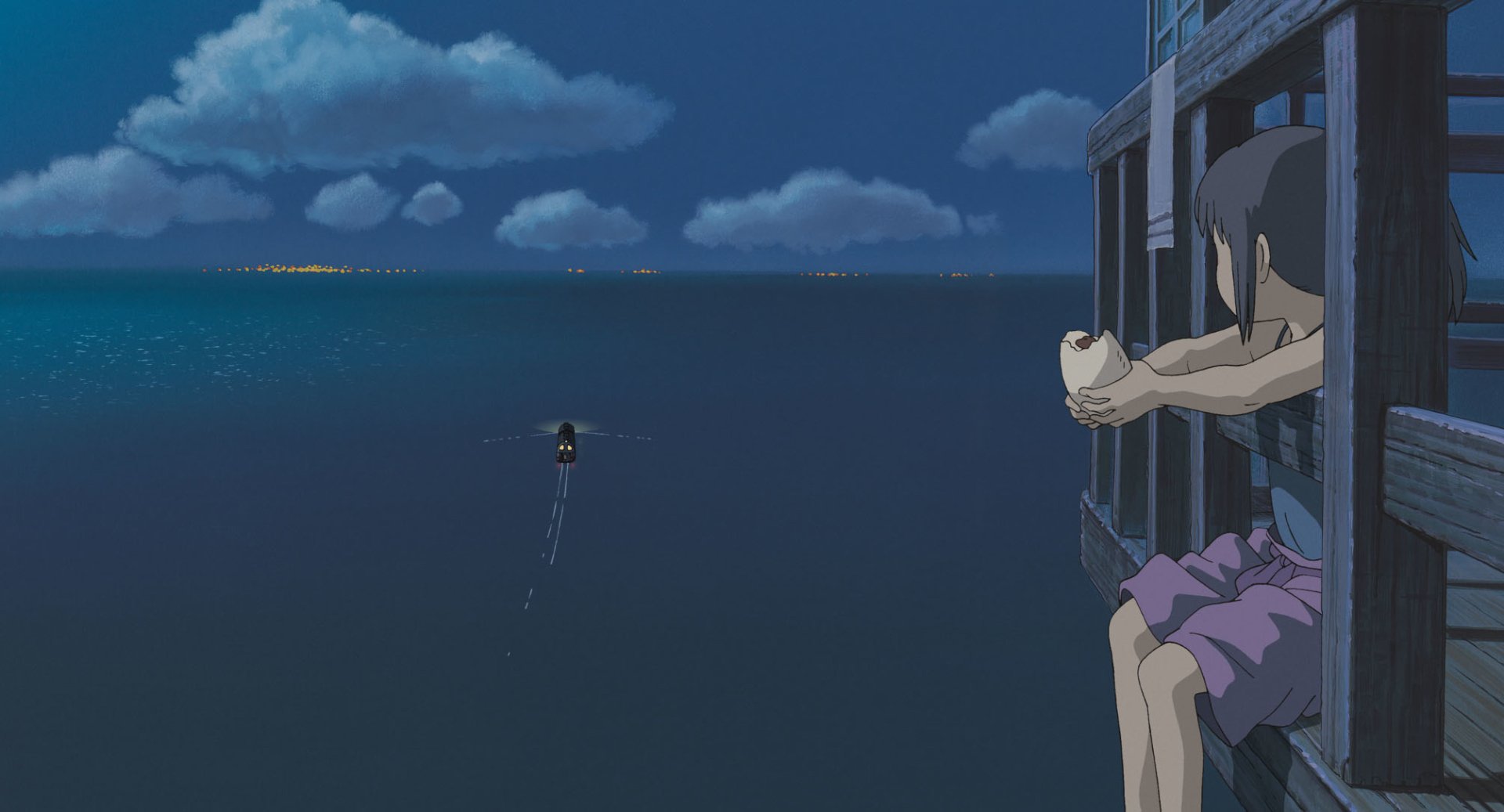 As standard, Miyazaki mostly used traditional hand-drawn methods of animation to make Spirited Away, relying on watercolor and pencil for the majority of sketches, storyboards, and key animations. CG would only be used to enhance certain aspects of the animation instead of using it as the focal point.

Miyazaki would also use his trademark ‘Ma’ (Japanese for Emptiness) style of animation, with quiet scenes adding a more calming and ambient tone into the mix without robbing the movie of its fantasy drama.

Spirited Away, like a lot of other of Miyazaki’s films, was drawn without a screenplay written in advance. In fact, he only let the story’s early development planning after working on the initial sketches and storyboards. In a 2002 interview with Midnight Eye, Miyazaki stated, ‘It’s not me who makes the film. The film makes itself and I have no choice but to follow.’

The movie finally made its premiere in Japan on 20 July 2001, where it legendarily became the highest-grossing film in the nation, a status it still holds to this day. It even beats out heavyweight box office champions such as Frozen, Titanic, and Makoto Shinkai’s Your Name.

What Is Spirited Away About?

At the start of the movie, Chihiro is a young child who begrudgingly moves away from her old house with her family. They’re heading to their new home in the city when they run into an old building buried deep in a forest way off the beaten path.

They venture through the building into what looks like an abandoned amusement park but is actually a spirit world. Chihiro becomes stranded within this realm, and to her horror sees her parents turn into pigs.

And so begins yet another chapter within Miyazaki’s filmography. All of his auteur staples are present: stunning animation, imaginative landscapes, complex characters, and a classically told coming-of-age fairy tale. 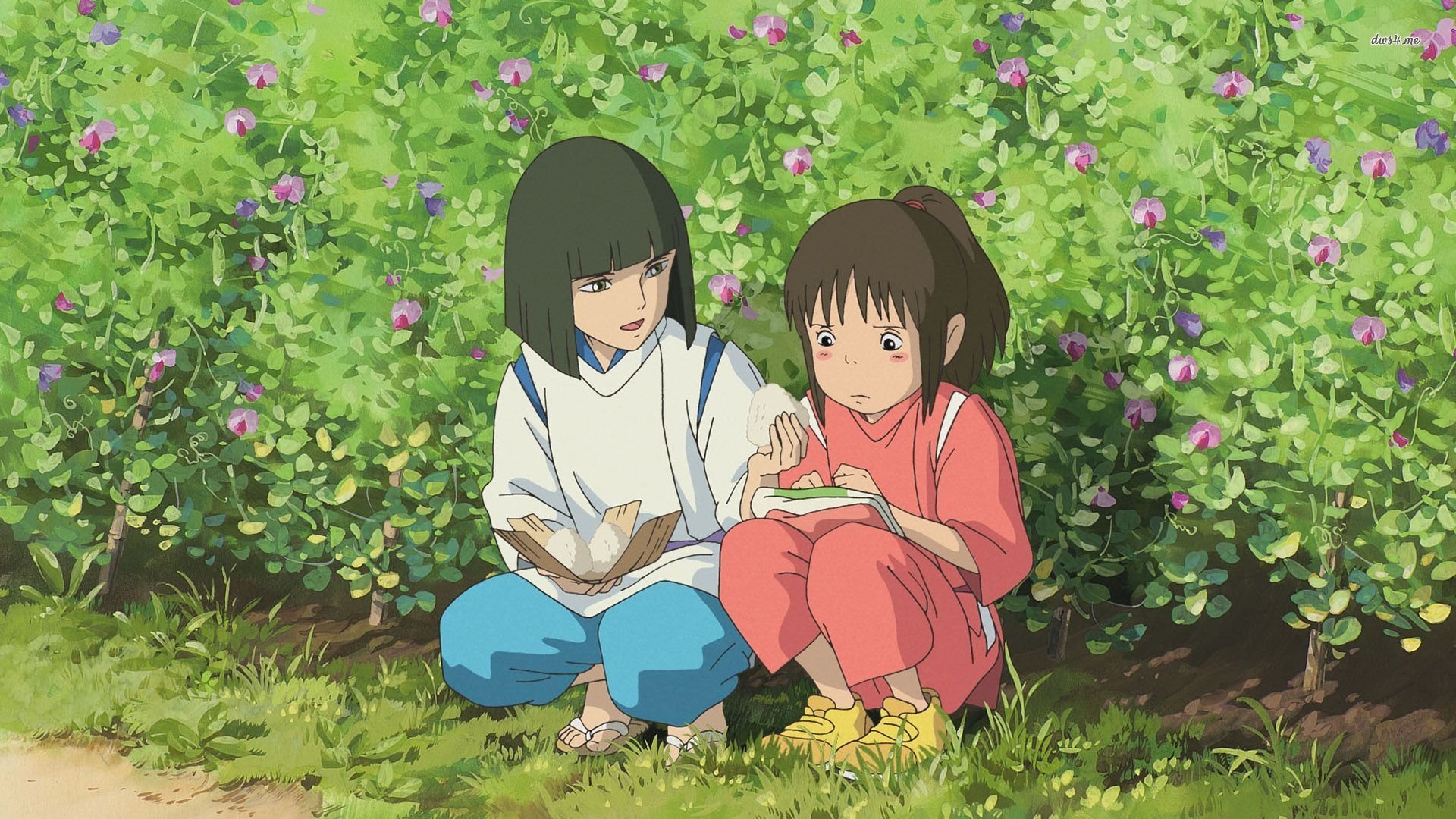 Loosely based on Miyazaki’s friend’s then-ten-year-old daughter, Chihiro is our main character. In this era of isekai-driven fantasy anime, it might be a bit of a shock to newer anime fans to see Chihiro as someone unlike Kirito. She feels abysmally trapped in the fantasy world rather than become enthralled by it and does everything she can to escape from it.

Unable to simply click her heels three times, Chihiro is forced to work in Yubaba’s bathhouse. From there, Chihiro learns what it’s like to work oneself to the bone, and by the film’s end goes from being a scared and somewhat-entitled little child to a mature young lady.

A greedy, materialistic, money-obsessed witch and overlord of the bathhouse, Yubaba is an old crank who rules the spiritual realm with an iron fist. She robs her servants of their names and identity as a means of manipulating them and ensuring their undying loyalty.

She seems selfish and greedy at first glance, but with her giant mastodon of a newborn baby constantly screaming for affection, Yubaba is shown to have a secretly tender and motherly side that few are able to even conceive of.

Critics and fans alike have compared Yubaba to another malevolent, hot-tempered, manipulative matriarch: the Queen of Hearts. Spirited Away’s art director Masashi Ando would later confirm this, saying that Yubaba was to be drawn as ‘a grotesque character, the king that might appear in the illustrations of Alice in Wonderland.’

A mysterious, magical young man who serves as Yubaba’s personal servant. Yet despite his allegiance, Haku appears before Chihiro as sympathetic and warm, going against the accusatory rumors of him being a shady and untrustworthy individual.

Haku at times even seems like a big brother figure to Chihiro, doing whatever he can to help her quest to leave the bathhouse.

This may have to do with how he has a similar goal. Haku is a character who, like Chihiro, has been robbed of his name and identity by Yubaba. He seems to be wanting to leave the bathhouse too, but has forgotten his reasons for doing so.

Haku alleges that he met Chihiro prior to the events of the movie, and much of his character arc is spent with Chihiro trying to discover how and when this was.

No-Face is a spooky-looking wraith who haunts the bathhouse and takes a strange liking to Chihiro. He’s a lonely spirit so obsessed with getting people’s affection that he showers people with gifts. Which would be nice if people actually didn’t take it for granted, something that upsets No-Face greatly.

The moral of the story: don’t deny No-Face’s offerings otherwise he’ll become a foul beast who will eat you. Never look a gift spirit in the mouth, as they say.

Where Can I Watch It?

Back in January of this year, it was announced that all 21 Studio Ghibli films would be released sporadically onto Netflix, with Spirited Away landing on the streaming service just last month. This deal seemed too good to be true, and it was: American, Canadian, and Japanese Netflix have so far not got any Ghibli movies.

No plans to release Spirited Away or any of the other Miyazaki-Ghibli films onto Netflix have yet been announced. In the meantime, you can watch them on HBO MAX.

Legendary Ghibli Composer Joe Hisaishi Brings the U.S. Premiere of the Spirited Away Suite to NYC This September