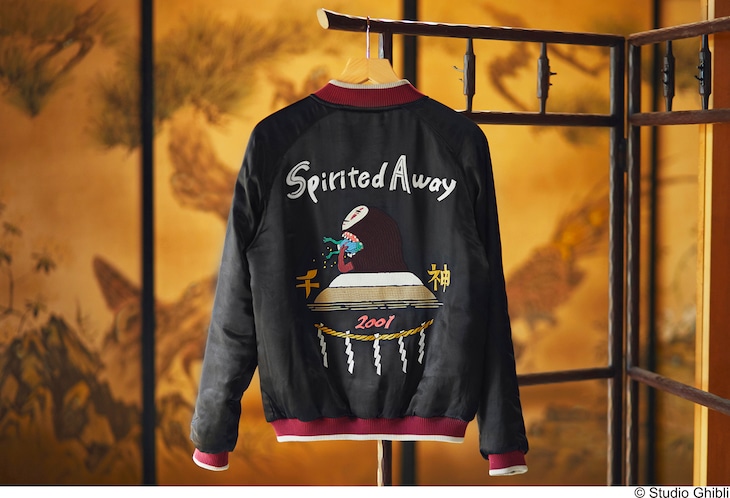 Spirited Away hits 20 years old this year (having recently been usurped from its box office dominance by Demon Slayer), and Studio Ghibli is looking to celebrate it throughout 2021. It is kicking the year off with a special sukajan from their GBL label.

Spirited Away may be 20 years old, but the influence and importance of the Studio Ghibli anime that introduced the studio to worldwide audiences and won Hayao Miyazaki an Oscar has yet to wane. It’s still the studio’s most recognizable anime production, and one of their best, with merchandise related to the series proving evergreen when it comes to popularity. The adult-oriented Ghibli label GBL is set to kick off celebrations with an expensive yet cool sukajan based on the film. 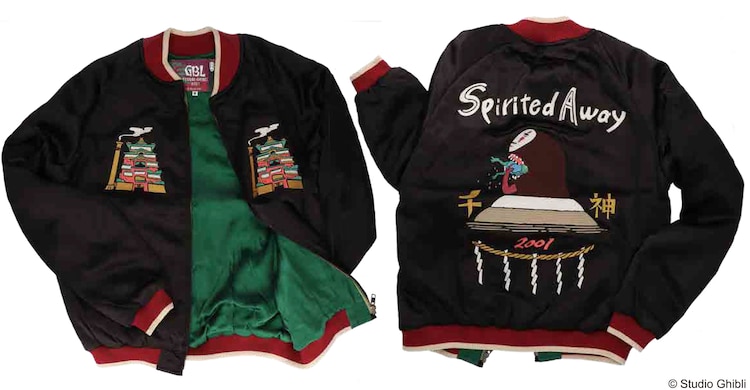 This black c is emblazoned with the recognizable Noface from the film, with the back of the jacket featuring the film’s English title alongside a stitched interpretation of the scene from the film where they endlessly eat inside the bathhouse. The characters 千 and 神 are either side to refer both to Chihiro and the world of gods and spirits within which much of the film takes place. Underneath, the film’s release year, 2001, is emblazoned, while on the front is the image of the bathhouse on either side of the zip.

This high-quality sukajan promises to be the first in a series of special pieces of Spirited Away merchandise to celebrate the film’s 20th anniversary. This item, however, due to its quality, demands a steep price from those wishing to acquire it. Available in sizes from S to XL, this sukajan will cost a hefty 32780 yen upon its release. Those wishing to buy it will need to go to the GBL Miyashita Park store in Tokyo, the GBL corner of Donguri Kyouwakoku Ghibli store in Shinsaibashi in Osaka, or the GBL corner from 30 January 30. The sukajan is available to order now from the online store.