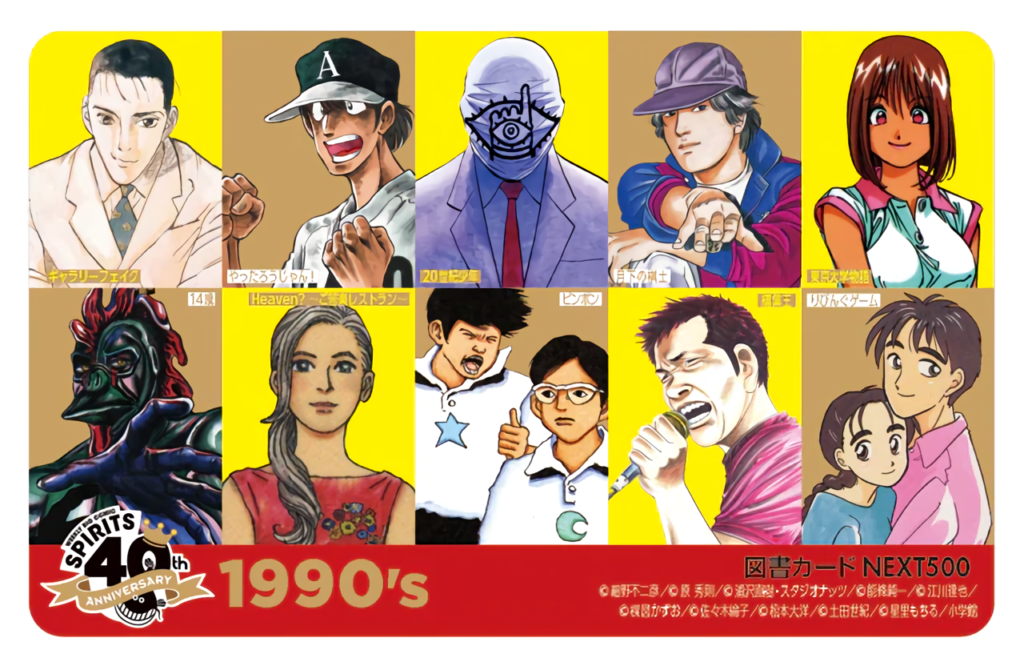 Shogakukan’s Weekly Big Comic Spirits is celebrating its 40th anniversary this year, which has already given birth to a special website showcasing the seinen magazine’s unique and varied history. With hits like 20th Century Boys and Uzumaki under its belt, there’s certainly reason for celebration – there’s also a lot to reflect on, which is why Spirits is launching an ‘essay competition’ for its 40th anniversary.

Announced on Monday, the Spirits 40th anniversary essay competition invites readers and fans alike to submit their ‘thoughts’ on any series or characters featured in the magazine over the years, as well as any memorable scenes or lines. These thoughts need to be written within 140 characters and submitted via Twitter with the hashtag #140字の読書感想文, with 40 lucky participants winning a set of four, limited edition ‘library’ cards. 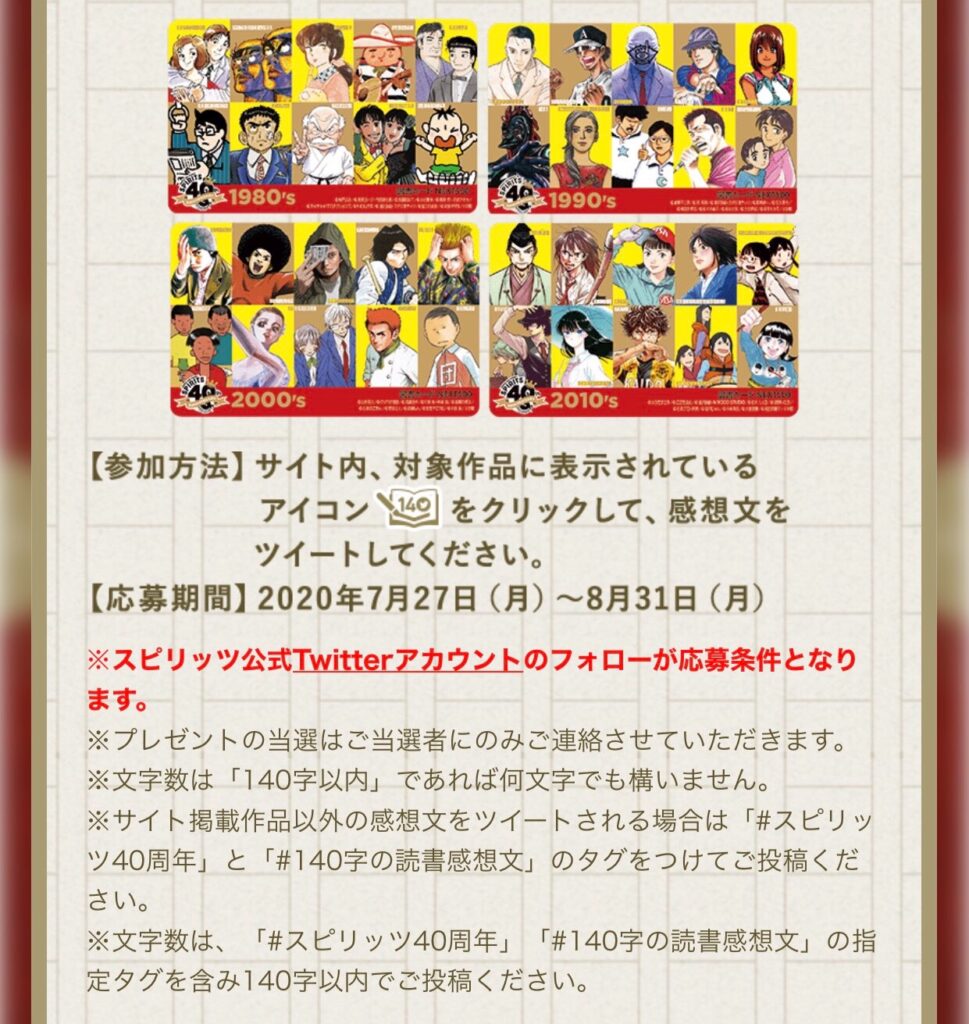 In order to get the Spirits 40th anniversary essay competition off the ground, several creators who have been serialized in the magazine over the years were invited to submit their own entries. Inio Asano, author of Oyasumi Punpun and Dead Dead Demon’s Dededede Destruction (both of which were serialized in Spirits), had this to say on Tatsuya Egawa’s Tokyo Daigaku Monogatari:

“If you think you’ve been let down by university, then please read the scene that takes place before matriculation. I read this while I was in middle school and was really influenced – my whole personality, world view, and disposition changed for the better. Strongly recommended for all of the fresh-faced youngsters out there.”

“I read the series as it was published starting in my second year of high school. There’s no doubt that Kyoko and Yusaku’s story is the main draw, but what makes me really feel the essence of Maison Ikkoku is the mysterious Yotsuya, who we never find anything about. I want everyone who has yet to read the series to experience his character.”

Translating your thoughts into Japanese and into 140 characters for the Spirits 40th anniversary essay competition may be a tough call, but at least now we have a couple of solid recommendations to sink our teeth into in celebration of the seinen magazine. You can see more recommendations via Comic Natalie.