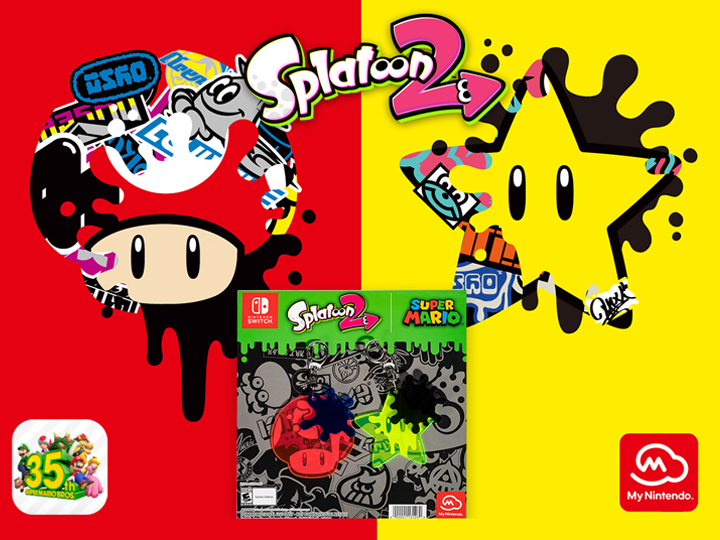 The special event will begin at 7 a.m. on 16 January (Japan Time), which is 2 p.m. on 15 January Pacific. The Splatoon 2 Mario 35th Anniversary Festival will last for 48 hours. During the festival, players will choose to join one of two classic Super Mario power-ups: the ‘Giant’ Super Mushroom team (red) or the ‘Invincible’ Super Star team (yellow).

Splatoon has done quite a few of these Splatfests before, although this is the first Mario-themed one. (They did have a Super Smash Bros. one a couple of years ago.)

This Splatfest will be an international event, although some of the rules would appear to be slightly different within Japan and overseas. 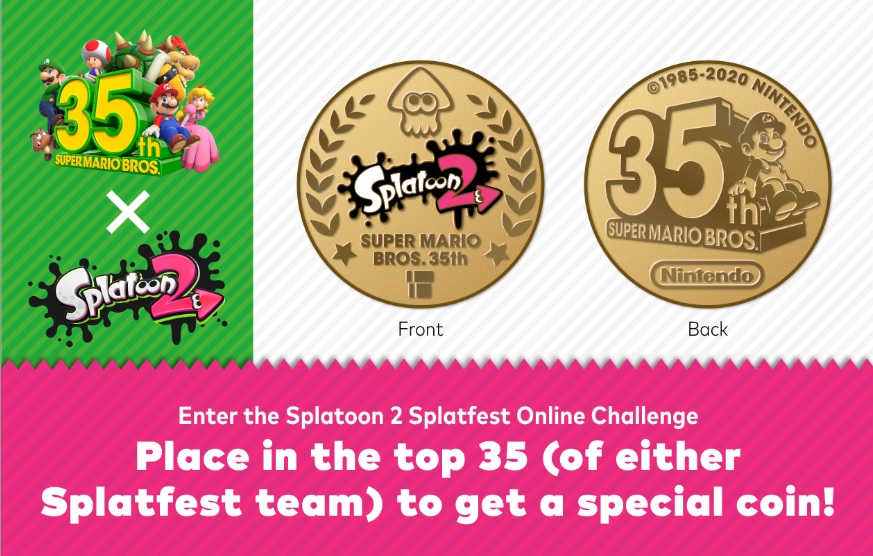 In North America, MyNintendo members can sign up for a chance to win a commemorative Super Mario Bros. 35th Anniversary coin. According to the rules of the competition, the top 35 players from each team will win a coin (70 players in all). It’s part of Nintendo’s Online Challenge Series.

Japanese players will also be competing for some of those commemorative coins, but only the top 100 from each team will win (for a total of 200 coins). 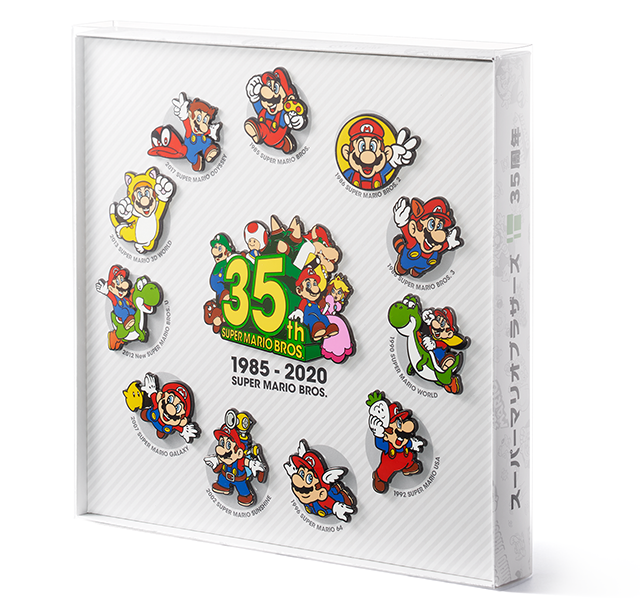 These points can be used to enter a lottery for Super Mario pin badges. There are 11 different Mario badge designs. They also have a lottery for the complete 11-pin box set. I guess U.S. players don’t need no stinkin’ badges.

Players can also use points to get Super Mario computer or smartphone wallpapers.

The Japanese MyNintendo store has the keychains and the T-shirts all in one spot.