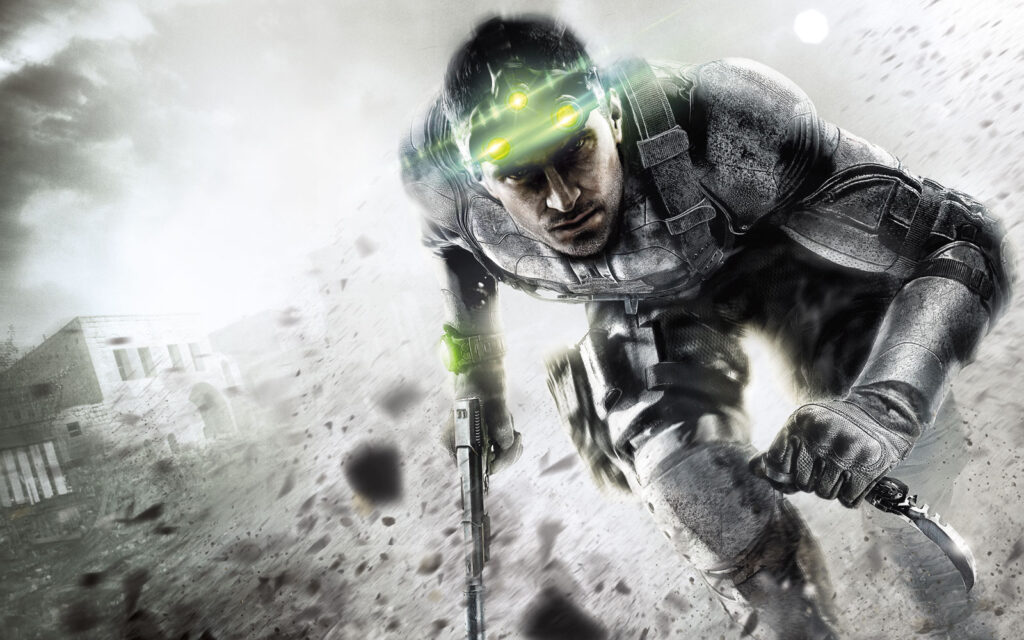 It seems like every couple of months that the debate as to what is and what is not ‘anime’ flares back up. Most likely starting with Avatar: The Last Airbender back in the 2000s, the debate has continued right up into the modern day with such shows as Castlevania and Seis Manos, both of which were marketed as anime but produced by a western studio. The latest offender was Splinter Cell, which Variety reported last week would be coming to Netflix as an ‘anime’ series some time in the future. This time, however, there is scope for debate.

In the first place, it seems strange for Netflix to call a potential Splinter Cell animated series an ‘anime’ when the game series is not even Japanese. This puts it in sharp contrast to something like Castlevania, which was produced by Texas-based Powerhouse Animation but based on the original game series and characters by Konami. It hardly feels appropriate, then, to call a Splinter Cell animated series an ‘anime’ when the games are developed by a largely French company and endorsed by the incredibly American author Tom Clancy. It’s about as western as you get.

Secondly, none of the staff credits lend any credence to the idea of calling Splinter Cell an ‘anime.’ The example of Avatar: The Last Airbender is interesting as even though it was not produced by a Japanese company nor based on a Japanese property, much of its staff and writers were heavily influenced by Japanese anime, most notably Cowboy Bebop and Samurai Champloo. Derek Kolstad, however (who is writing the series), is mostly known for his work on the John Wick film series and appears to be more influenced by video games than anime, being attached to several other game adaptation projects.

Marketing Mumbo-Jumbo and the Power of Netflix

The point of this article is not to gatekeep what is or is not anime – ultimately, it doesn’t really matter – but shed a little light on what is effectively made-up marketing mumbo-jumbo by Netflix. The company is well aware that anime is incredibly popular now, which is why it is financing so much of it – from both western and Japanese production studios. Using the word ‘anime’ to describe Splinter Cell, then, is simply a way to get eyeballs and gather attention. In that sense, I guess it worked.

Nevertheless, there is a more worrying aspect to all of this. Netflix’s terrible Enter the Anime documentary drew controversy last year when it attempted to present an incredibly Orientalist view of what anime is: describing it as “dark, and outright fucked up”, it clearly showed that Netflix only understands a sliver of what the medium has to offer.

If we were to cut through all of the marketing mumbo-jumbo, then, what the Splinter Cell ‘anime’ will actually be is most likely a dark, adult-oriented animated series.

And to a certain extent, that is fine: Castlevania is enjoyable and has done more for the series in the short span of two years than Konami has in the past ten.

Nevertheless, that is not all of what anime has to offer. Anime is a medium, not a genre; if Netflix continues to think that dark, violent action series are all that it can muster, then we all miss out as a result.

What is really worrying about the Splinter Cell ‘anime’ series is how it represents the power that Netflix holds over the future of anime and animation in general. So many shows these days are funded in part, if not entirely by Netflix, and auteur directors such as Masaaki Yuasa are benefitting from the binge-watching model. But Netflix is also a monopoly that can control the type of shows that get made, when they get released, and for whom.

Nothing much more needs to be said on Netflix’s aggravating insistence on releasing airing anime as batches – in reality, it just adversely hurts productions as hardcore fans go to illegal torrent sites to download and watch weekly. Shows like GREAT PRETENDER and even Little Witch Academia languish for months in the Netflix vault before dropping to not much fanfare. All these problems, and more, show that Netflix is hardly well suited to being the driving force behind Japanese animation.

What do you think about Netflix’s current approach to anime? Are you excited about a Splinter Cell animated series? Let us know via the social media or our Discord server, linked below.