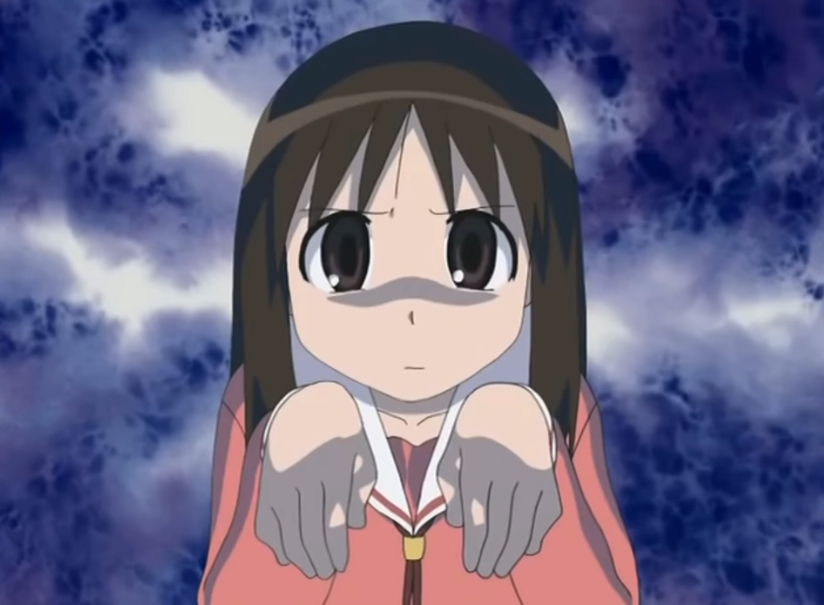 It’s just about time for Halloween, and that means it’s time for scary and spooky stuff.

As it so happens, spooky stuff is sort of like spicy food — people have their own tolerance levels, and not everyone enjoys ghosts or ghost peppers.

Fortunately, when it comes to scaring people, anime has something for every taste.

This article is dedicated to those who prefer spoopy (defined as “spooky in a comical or cute way”) over frightening.

We’ll start with this fun little spin-off to the Haruhi Suzumiya franchise.  The Haruhi-chan universe is sillier, weirder, and funnier than the main story, which makes it perfect for a spoopy Halloween story.

The very short story happens in the first volume of the manga. It also gets adapted as episode 13 (ooh, spooky number!) of the spin-off anime series.

Haruhi wants to do something for Halloween, even though she knows nothing about the holiday.  In fact, none of the SOS Brigade members know anything.

(Koizumi knows, but decides it’ll be funnier if he doesn’t.)

Using one poster as a source of information, the brigade manages to create a weird and creepy-looking Halloween decoration featuring live bats, an ugly jack-o-lantern, and one of those scientific see-through dummies.

The episode feels like a metaphor for Japan’s attitude toward Western holidays. Like Haruhi, the Japanese have invented a version of Halloween which isn’t quite the same as what you will find in America. It’s not wrong, but outsiders might think it’s a bit odd. 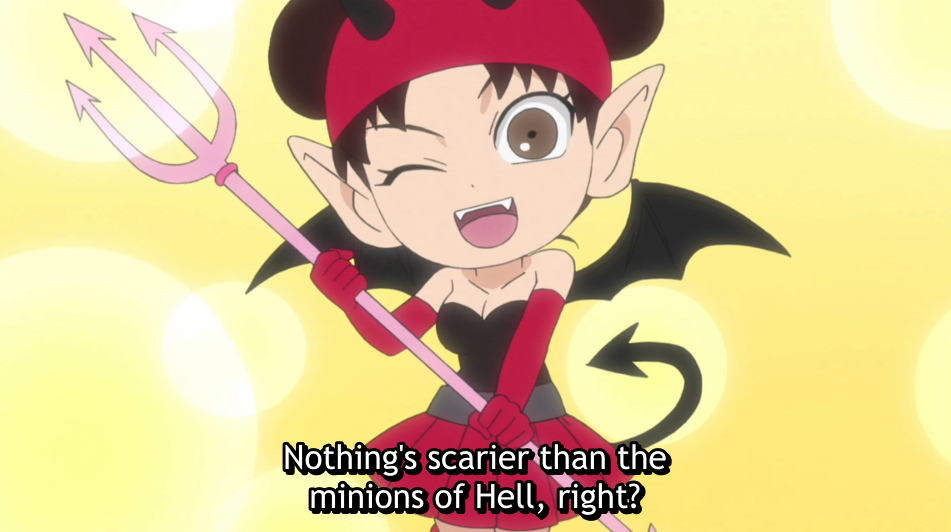 Tsunade wants to have a festival, but she wants to do it “Western style.”  She puts Team Guy in charge of the festivities, even though none of them know anything about Halloween.

As it so happens, Deidara and Tobi are nearby.  Deidara is planning a giant pumpkin bomb, and a festival would be the perfect distraction.

For some reason, good ol’ goofy Tobi (this is set before the big reveal, of course) knows Halloween. It’s scary costumes, candy, and big rocking parties.

Tobi leaves it up to Deidara to help Team Guy set up a Halloween festival so he can blow it up.  Well, Rock Lee comes up with horrible ideas for costumes, candy, and the party.

Eventually, the whole festival/ party morphs into an Obon celebration.

And Deidara? He’s so touched by the Halloween/ Obon spirit of the season that he flies off with his bomb and explodes. Yes, it’s that kind of show.

The Cowboy Bebop episode Toys in the Attic is only half-spoopy, but it’s just spoopy enough to count.

On the one hand, it involves a mutant alien creature who appears to attack and kill Jet, Faye, and Spike.

On the other hand, the alien invasion is pretty silly when you get right down to it.

The creature evolved from something left in an old refrigerator.  Spike is reduced to a version of Wile E. Coyote as he uses heat vision goggles, a flame thrower, and gas grenades to attack it.  He even shoots at the monster, which seems incredibly dumb on a spaceship.

Ultimately, it is Ed who saves the day. She eats the creature, thinking it’s pudding.  The moral of the story?  “Don’t leave things in the fridge.”

Apparently, the creature just put everyone into a deep sleep, as everything is back to normal in the next episode. 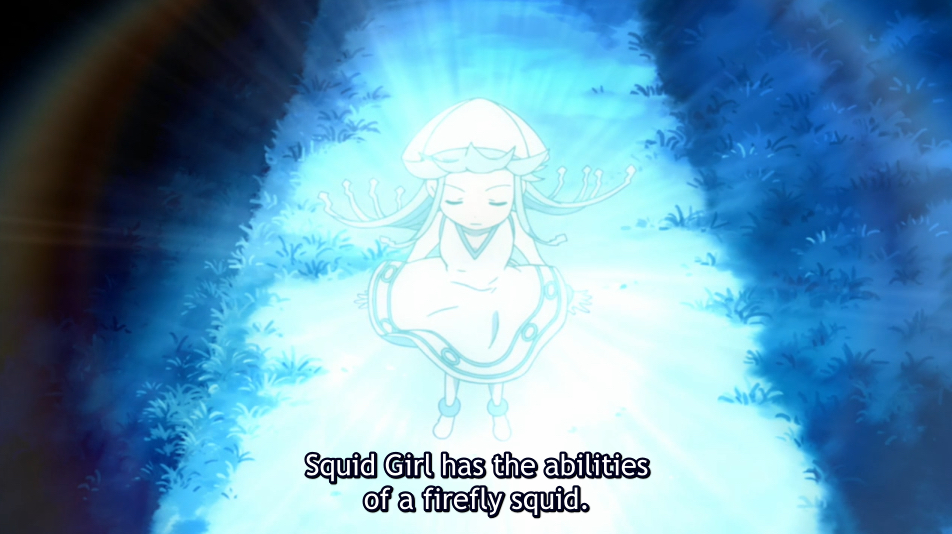 OK, I’ll admit that the “spooky walk in the woods” is an anime cliché. But I feel like I have to at least mention kimodameshi, otherwise known as the “test of courage.”

Despite the Halloween-ish overtones, it is actually more likely to happen during summer break.

If the characters are self-aware, they will sometimes hang a giant lampshade on how cliché it is.

However, sometimes a show will manage to come up with clever twists on the basic concept.

For example, things go hilariously wrong when the characters on Ika Musume attempt to teach Squid Girl about scary stuff.

First of all, Squid Girl doesn’t really get the point. She doesn’t believe in ghosts, so the spooky cemetery walk is not scary to her. Second of all, Squid Girl turns on her natural bio-luminescence when she gets separated from the group. Her glowing body is scarier than anything else on the walk.

Finally, when actual ghosts do show up, she’s more annoyed than anything.  She doesn’t even seem to get that the ghosts are ghosts. Eventually the ghosts help her find her way back out.

For example, in episode 17, she tells her classmates about a scary incident… when she was all alone at home….   and she smells a fart that wasn’t hers.

That’s it. That’s the whole story.

She does somewhat better in episode five, during a summer trip with the others.

She imagines a serial killer. The killer murders all of the other characters… and then the murderer was Osaka.

Osaka showed her true potential as a slasher film killer in episode 22.  She accidentally picks up a kitchen knife instead of a frying pan when she goes to wake up Yukari — and finally managed to scare someone.

The animators illustrated these stories with wonderfully creepy images of backlit Osaka. These images were used and re-used in countless memes and AMVs.