Ten years ago, Madoka Kaname’s magical girl team had a memorable anime season against the witches, but in the end it turned out that Kyubey wasn’t playing games.

A Japanese sports newspaper will celebrate the 10th anniversary of Puella Magi Madoka Magica with a special publication. The limited-edition issue of Sports Hochi will come out on Thursday, and it sounds like a great keeper for any fan of this beautiful but disturbing anime series. 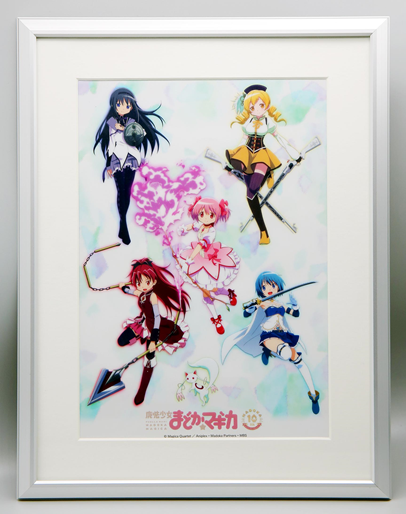 So far, they’ve just revealed the cover of the newspaper, along with a framed copy of the poster that comes with it. (Frame not included.) But they promise that the 20-page tabloid will feature illustrations of Madoka, Homura, Mami, Sayaka, Kyoko, and Kyubey.

Actress and singer Rena Matsui and announcer Misato Ugaki will discuss ‘the charm of the work’ as fans of the series. 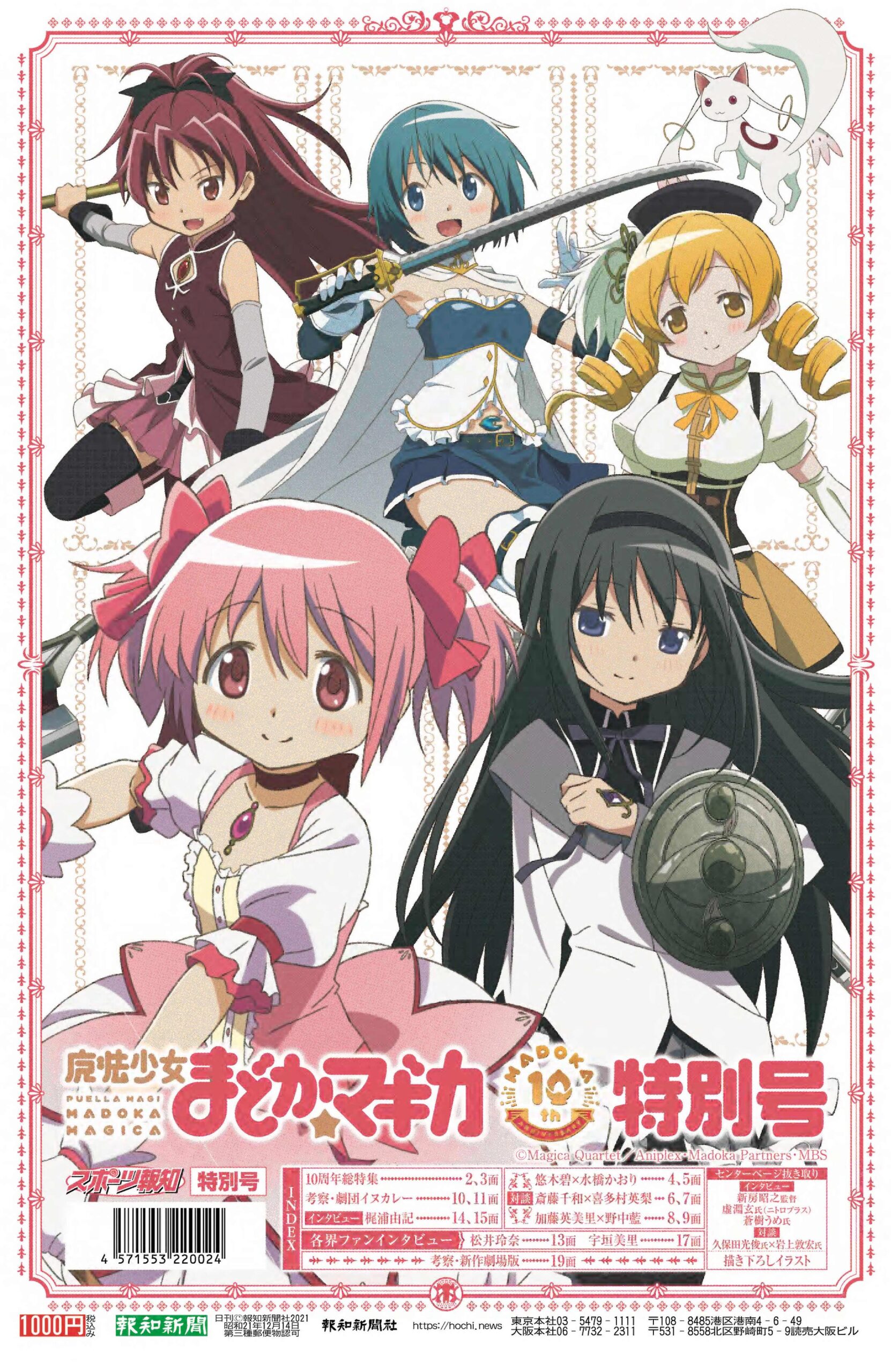 The jam-packed thing will be sold primarily at Lawson, but it will be available elsewhere. Hochi also has an online store, Hochi Entertainment Market, which seems to have a fun mixture of Sakura Miku, Love Live! and other otaku stuff. 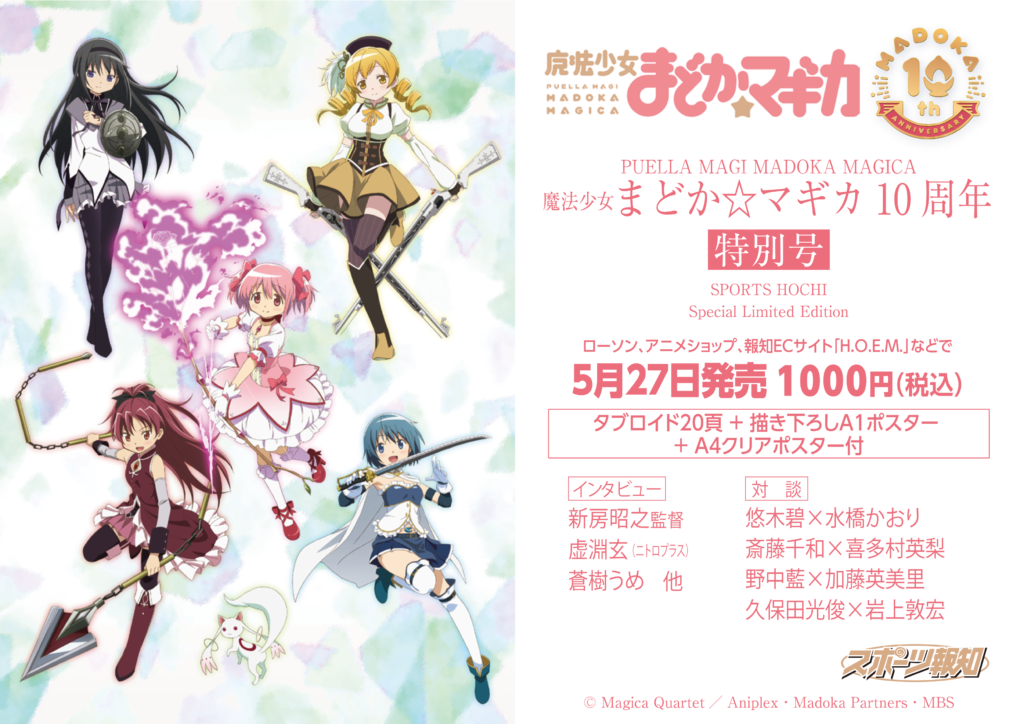