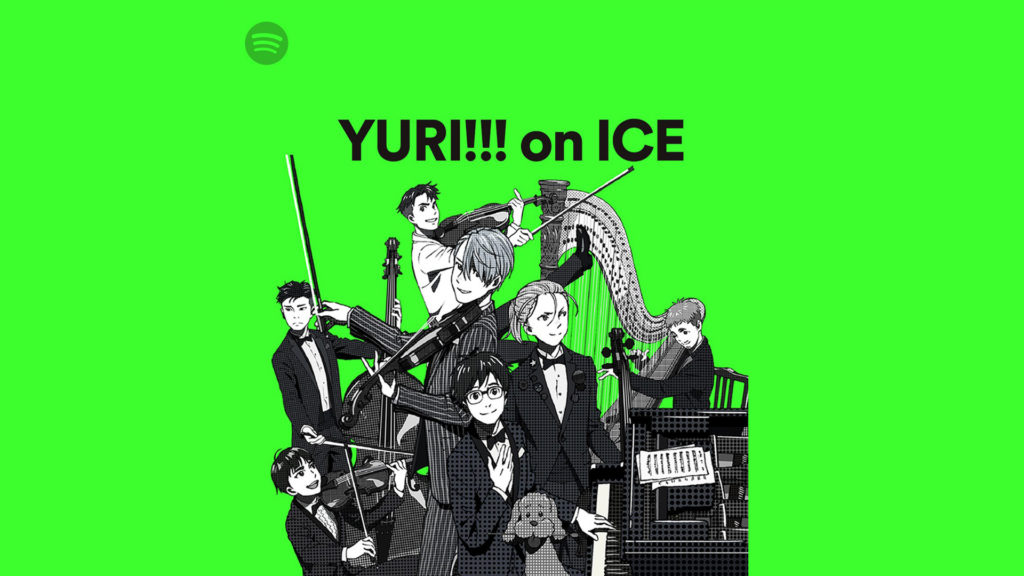 It’s no hidden secret that Yuri!!! on ICE has one of the most remarkable soundtracks in anime history, a fact that it appears the fine folks over at Spotify recognize all too well. Over the weekend we saw a rather surprising tweet from the music streaming giant, complete with the Yuri!!! on ICE cast ensemble cast that I’m sure we’re all too familiar with. This tweet can be found below:

It’s a pretty well-documented fact that the legal streaming of various songs from anime is an extremely difficult thing to do with ease. From publisher complications to stakeholders in the animation committee and everything beyond, listening to some of the most iconic songs from your favorite anime is downright difficult. But through whatever means, Spotify has somehow managed to bring together what could very well be the entirety of Yuri!!! on ICE’s soundtrack all into one place.

Uploaded under an official Spotify branded playlist, the “Yuri!!! on ICE” playlist includes a total of seventy different songs ranging from the anime’s core soundtrack to the more recent “Yuri!!! on CONCERT” album release featuring orchestral versions of each song. In various forms, these songs have been available on the platform for some time, but to see Spotify embrace this rarity and bring them all together under something official is definitely an incredible feat.

Though not a recurring player in the soundtrack, the announcement does come just weeks after DEAN FUJIOKA released his latest album “History in the Making”, of course including the Yuri!!! on ICE theme song “History Maker”. It shouldn’t come to too much surprise, but this playlist does, of course, include that, as well as the orchestral version of “History Maker” as performed by Taro Umebayashi, YuriCon Allstars, and the Taku Matsushiba Ensemble FOVE.

Obviously, Yuri!!! on ICE’s incredible soundtrack would have been a key part of Spotify’s desire to put this together, but I really do hope to see similar things happen for various anime series in the near future.

Available for streaming on Spotify now, those interested in checking out the playlist can find it here.