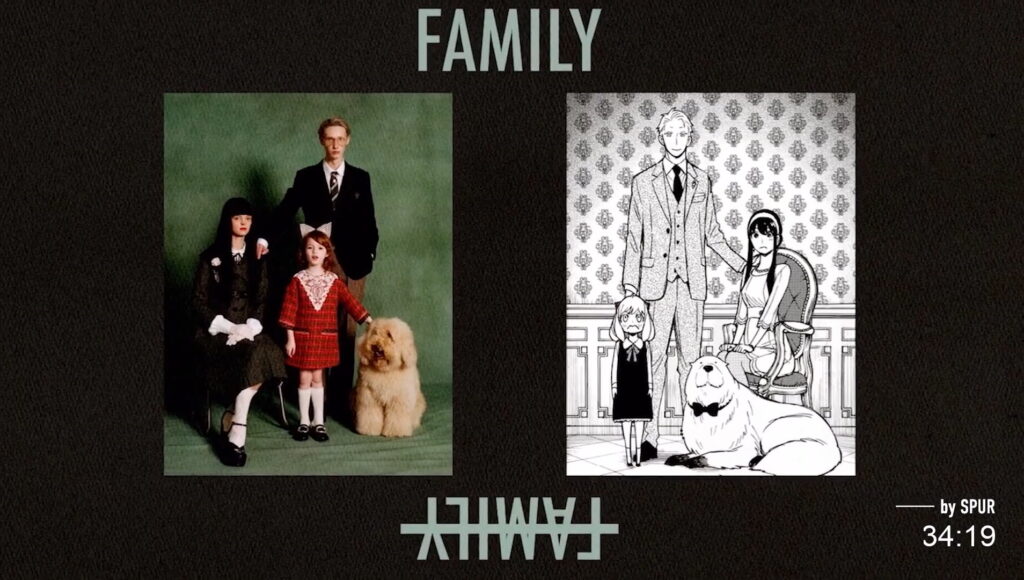 If there’s one thing that watching countless James Bond movies has taught me, it’s that a sharp suit is an essential part of a spy’s repertoire. Tatsuya Endo’s SPY x FAMILY is no exception, decking out as it does many of its characters in stylish clothing inspired by mid-20th century European fashion. Perhaps it is no surprise, then, that fashion magazine SPUR chose SPY x FAMILY for a collaboration.

Announced on 20 November, the January edition of SPUR features a segment modelled after the look of SPY x FAMILY’s central trio: Loid, Yor, and Anya Forger. Their clairvoyant dog Bond even gets a look in, making for quite the family affair. Check out the promotional video below:

In the video, you can see the kinds of looks that SPUR has curated after SPY x FAMILY. Loid sports a sharp suit and retro glasses, while Yor and Anya wear modest, almost Edwardian-style dresses. Even the dog, Bond – while technically naked – is perfectly ‘portrayed’ by a real-life canine, overwhelming us all with his sheer amount of floof.

Original author Tatsuya Endo was similarly impressed. Speaking via Twitter, he said, ‘Although I was a little nervous at how fashionable the models were and the luxuriousness of the brands they were wearing, I was healed by the fluffy dog who played Bond when I went to the photoshoot for a little bit.’ Dogs truly are man’s best friend. 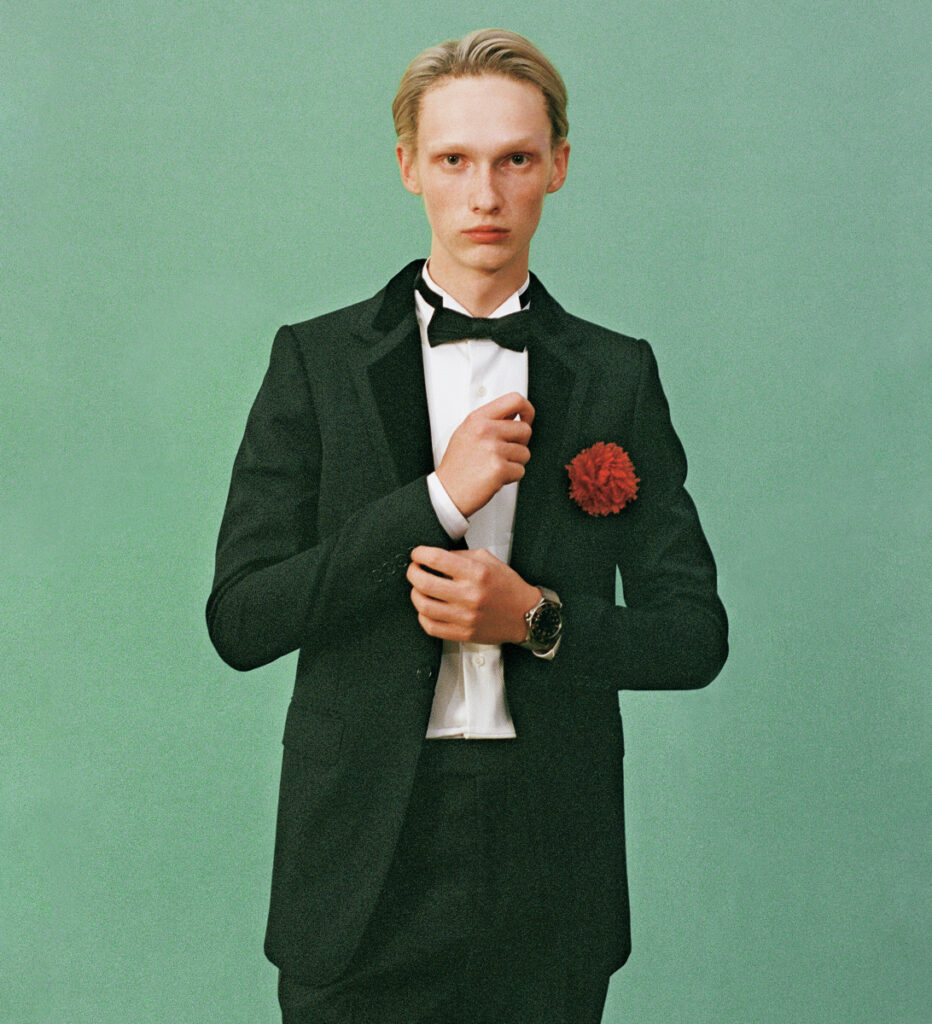 One other aspect to SPUR’s SPY x FAMILY collaboration that isn’t featured in the video is the image above. It is modelled after Loid’s tuxedo in the series and apparently took direct influence from James Bond. The watch the model is wearing is the same one that the character does in the upcoming No Time to Die (recently delayed again until next year).

In any case, appearing in such a prestigious magazine as SPUR speaks to SPY x FAMILY’s mainstream popularity. It’s hard to think of any other Jump Plus series that would get the same treatment, even if the website and the magazine are owned by the same publisher (Shueisha)!

You can sink your teeth into more of SPY x FAMILY’s official lookbook in the January issue of SPUR, on sale now.