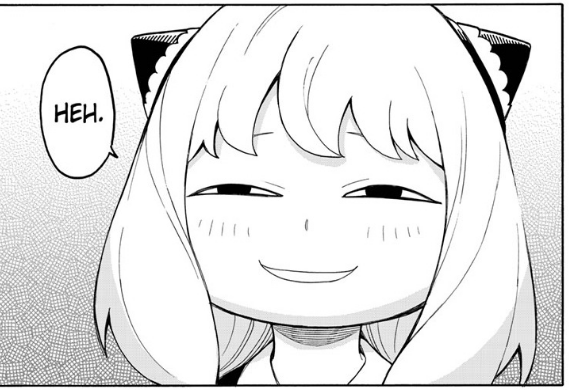 SPY x FAMILY has never been the type of series to fall in with the crowd. To borrow a phrase from Japanese, it goes at its ‘own pace.’ Nevertheless, the series’ first popularity poll definitely takes the biscuit – instead of ranking the characters, as is customary, users were asked to rank Anya’s myriad expressions, which have since become an integral part of the series and its humor. The winner is unlikely to shock you.

Conducted in March and April of this year to mark the series’ first anniversary – has it really been that long? – over 140,000 votes to the SPY x FAMILY poll were received, so you can be sure that the data is conclusive. You can check out the results, originally shared via the Jump Plus website and app, below: 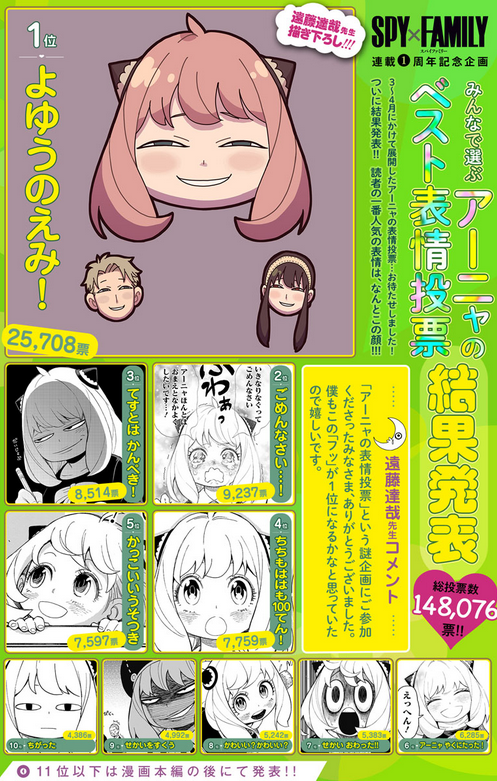 Even if you don’t speak Japanese, you should be able to see which of Anya’s expressions came in first: the smug one. This is by far the series’ most popular running joke, so it’s not exactly surprising, but it is good to see some confirmation nevertheless. Original creator Tatsuya Endo even echoed that sentiment in his comment, which was attached to the results of the SPY x FAMILY poll:

“Thank you to everyone who participated in the strange contest that was ranking Anya’s ‘best expressions.’ I also thought that the smug face might come first, so I’m pretty happy.”

That being said, bringing up number 2 and number 3 in the SPY x FAMILY expression poll are strong candidates in their own right: Anya’s sorry face (number 2) and her self-satisfied face (number 3) that came about only recently in chapter 26. However, the power of the smug was clearly overwhelming – there are a full 16,000 votes between number 1 and number 2, which should demonstrate how much fans love that particular expression.

One of the reasons why SPY x FAMILY is doing so well and has garnered so much good will from fans is its unwillingness to bend to industry conventions, instead demonstrating a high degree of originality that allows it stand out among the myriad manga that exist out there. This poll, in turn, shows us that that won’t change any time soon.

You can check out the full results for the SPY x FAMILY poll via Jump Plus, and read the series for free via VIZ Media’s Shonen Jump.