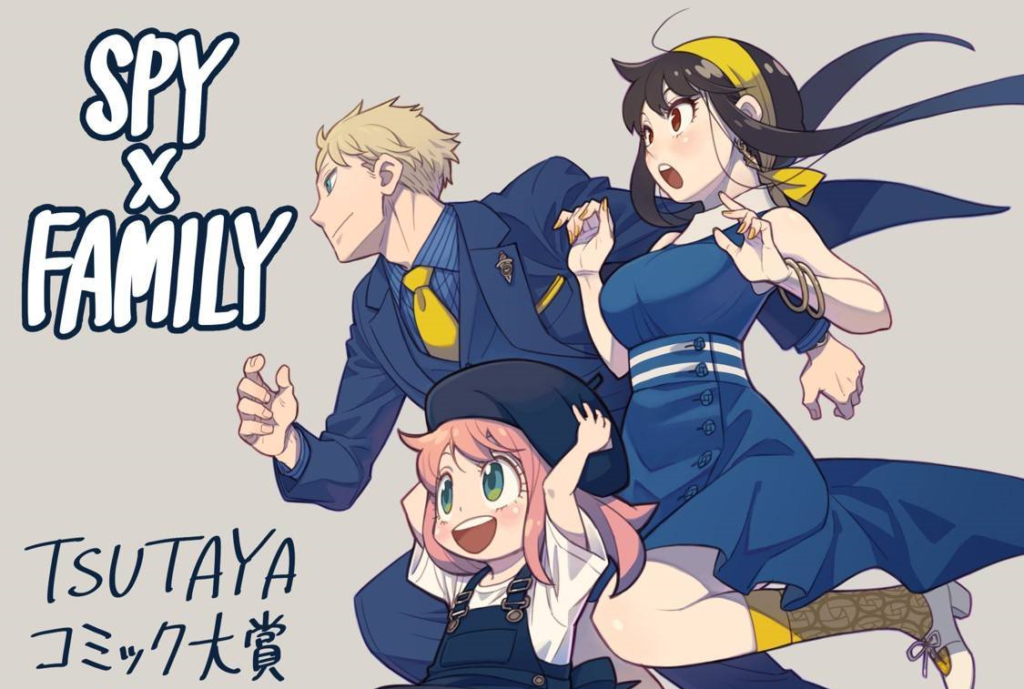 Tatsuya Endo’s SPY x FAMILY has taken first place at this year’s 4th Annual Tsutaya Comic Awards, alongside Umi Sakurai’s A Man and His Cat in second and Atarashii Joshi wa Do Tennen (My New Boss is Goofy) by Dan Ichikawa in third. The awards ceremony was conducted by Japanese comedian Akira Ishikawa as well as the comedy duo ‘Okazu Club,’ and saw record participation – up 10 times in comparison to last year.

Series eligible for the awards must have less than five volumes released and not be concluded. In this year’s case, the cut-off date was March 1; thereafter fans could vote for their favorite series via the manga review service comicspace, as well as by posting various hashtags on Twitter. As such, this year’s 2020 Tsutaya Comic Awards saw record participation – according to the organizers, almost 10 times more votes were received this year compared to last year.

As to why, the reasons are unknown. Perhaps it has something to do with more people being stuck inside and on social media than ever, but the quality of the series nominated definitely has something to do with it. In particular, SPY x FAMILY has garnered for itself a large following in a very short space of time, going on to be one of Shueisha’s most popular series last year. At the event, presenter Ishikawa called it “the perfect manga” due to its combination of comedy, drama, action, and lightheartedness  – that’s certainly one way to put it.

In any case, the 2020 Tsutaya Comic Awards give us a fine snapshot of what manga are currently popular in Japan as it is decided by popular vote, not by a committee of judges. This makes it different from something like the Kodansha Manga Awards, which is decided by a panel of experts. You can check out the full results, as well as links to read them, below: