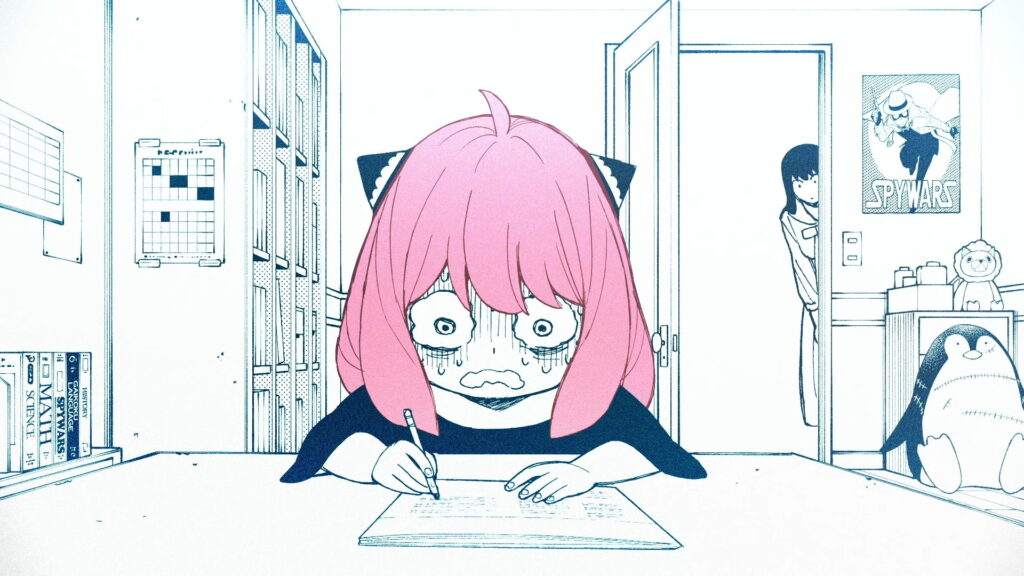 Tatsuya Endo’s SPY x FAMILY may have achieved the momentous feat of 10 million copies in circulation, but there’s no time to celebrate the sales milestone just yet. One of the series’ latest ventures is a half-hour video depicting Anya’s efforts to get on top of her schoolwork, set to some SPY x FAMILY lofi hip-hop beats.

This video is part of a wider project to celebrate Father’s Day, which obviously fits in very well with the series’ focus on family life. Alongside the SPY x FAMILY lofi hip-hop video, there’s a special website where users are encouraged to come up with the name for the ‘operation’ in which Anya will get a present for her father, Loid. If you post your custom-made image on Twitter, you could be in with the chance of winning special prizes. Here’s mine: 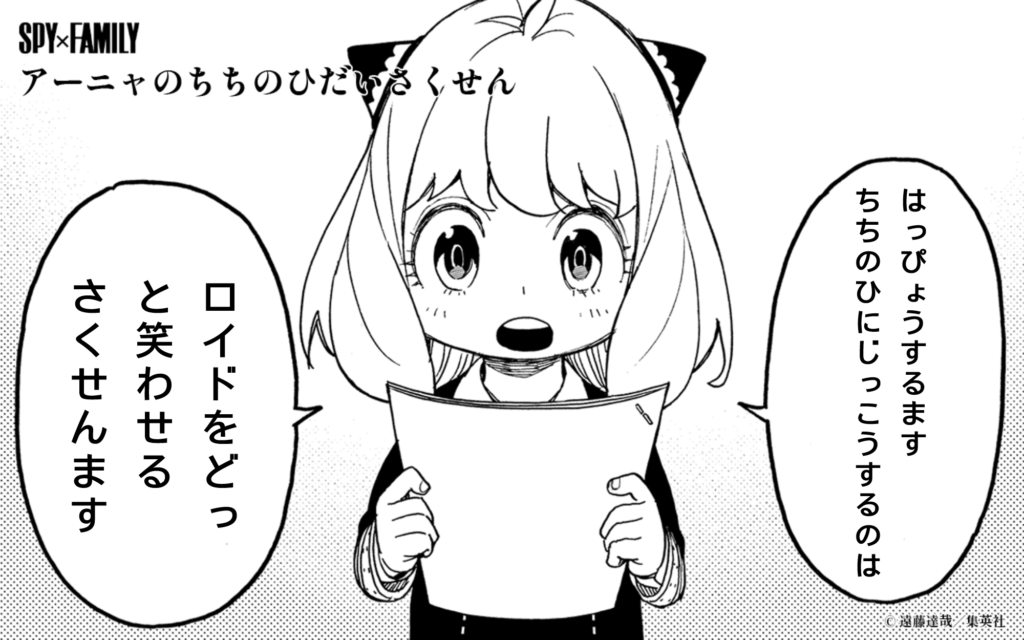 Returning to the video for a second, it shows just how much the idea of lofi hip-hop has transcended cultural boundaries. Although arguably pioneered by the Japanese artist Nujabes, it penetrated into meme consciousness thanks to the ongoing Lofi Girl livestream (previously ChilledCow). Obviously, the lofi hip-hop video featuring Anya draws inspiration from this, but SPY x FAMILY wouldn’t be the first franchise or property to do so: even VTuber agency hololive recently did a very similar video featuring the character of A-chan.

In any case, all of these Father’s Day projects also came alongside the release of volume seven and the announcement that SPY x FAMILY had surpassed 10 million copies in circulation, which is incredible. Oricon rightfully points out that this is simply unheard of for a manga without any form of adaptation, not even in the pipeline.

Undoubtedly, SPY x FAMILY’s popularity will only continue to grow from here. At least part of that is because of how fresh and original it feels, which is only furthered by the lofi hip-hop video: Jump Plus knows exactly what they’re doing and how to tap into the mind of the modern reader.

You can read SPY x FAMILY for free via VIZ Media and Manga Plus.