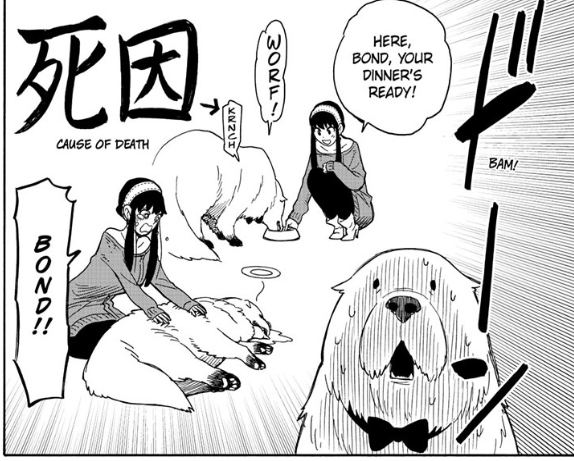 The beginning of a new week can only mean one thing: time for new Weekly Shonen Jump! This is where Jacob investigates the latest and greatest in the magazine, telling you what’s worth your time and what’s not. You can find coverage of other series under the tag Jump Time. Here’s SPY x FAMILY chapter 40.

It definitely stands to reason that a dog would struggle with the anxieties of premonition as much as Bond does in SPY x FAMILY chapter 40. My dog is so stupid that, even if you do it right in front of her, a knock will send her barking, thinking that there is someone at the door. Imagine giving her abilities beyond her normal faculties!

Nevertheless, if there’s one thing that SPY x FAMILY chapter 40 proves, it’s that Tatsuya Endo can write compelling stories about basically everyone but Yor. Given that there’s already been a bunch of Anya- and Loid-focused chapters up until this point, a Bond-focused chapter such as this merely begs the question as to why Yor always appears behind her husband or her brother, Yuri. Surely, if a compelling chapter can be put together on the family dog, then Yor should get one, too!

In any case, the basic premise of SPY x FAMILY chapter 40 is as follows: Bond gets an ominously vague premonition, which he immediately interprets to mean that he is going to die. At first, he makes peace with it, before figuring that his cause of death might not come from a third party: it might come from Yor, whose famously bad cooking risks either poisoning… or murder if he refuses to eat the dish that she prepares for him. So, naturally, he tries everything in his power to avoid his fate, eventually helping Loid to carry out one of his spy missions. 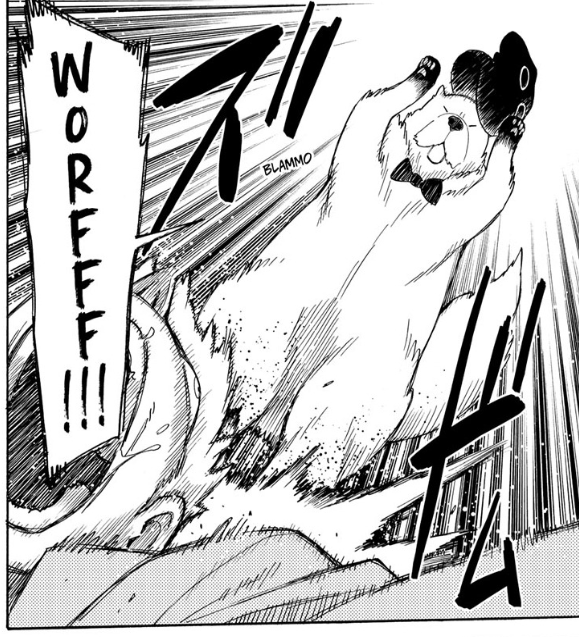 Seeing Bond team up with Loid certainly gives credence to the idea that a dog really is man’s best friend, even if it does also beg the Yor question, as mentioned earlier. Tracking Bond’s anxiety is also entertaining, because we can also see ourselves in him: even though I’ve just insulted my dog, even a human wouldn’t handle suddenly gaining these abilities one day very well. Imagine knowing that the plane you’re about to board is going to crash, or that you’re going to get run over one morning: there is a reason why there are so many Final Destination films!

On the whole, SPY x FAMILY chapter 40 is a pretty standard installment in Tatsuya Endo’s already excellent series. However, it does pose some awkward questions that I hope the series addresses sometime soon: hence why it is featured as part of this column despite not actually being a Weekly Shonen Jump series.