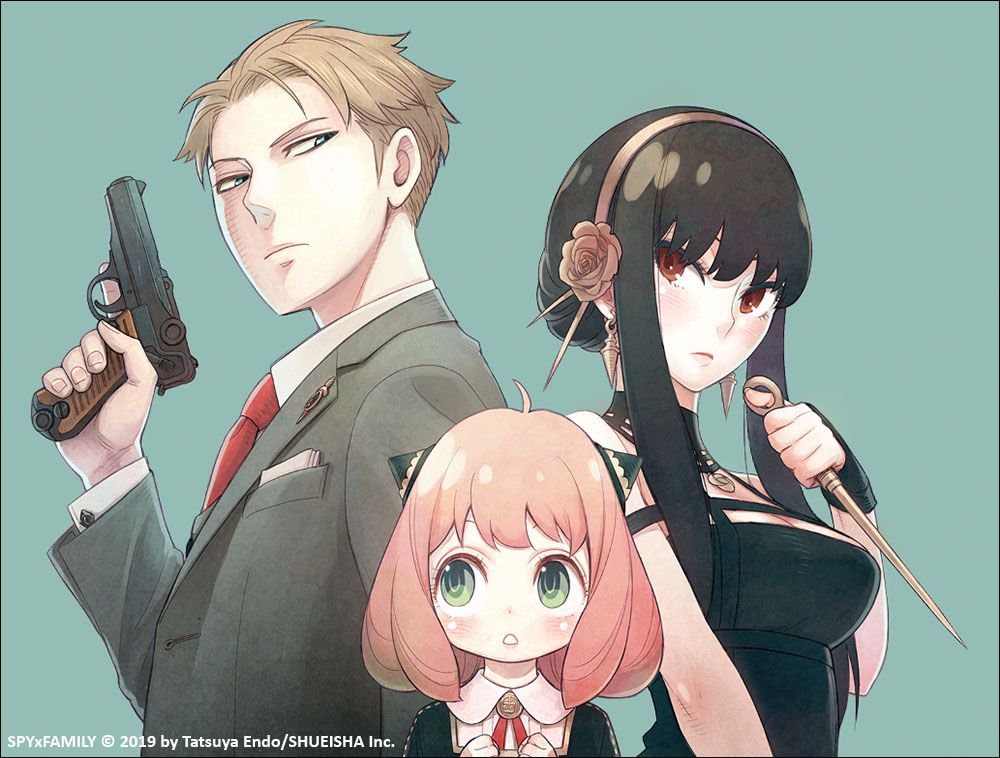 The exciting news was relayed via the official VIZ Media Shonen Jump Twitter account, with the website itself being updated accordingly soon after. According to the tweet, the ‘first three chapters’ of Tatsuya Endo’s series would be going live this ‘Sunday morning.’

The tweet also described the series as ‘comedy gold,’ and I’d be hard-pressed to disagree on that front. The unique premise and endearing characters of SPY x FAMILY have had me laughing ever since I caught up for my review, back in July.

I’m certainly not alone in that aspect, either. The manga currently has a significant amount of buzz surrounding it, winning big at this year’s ‘Tsugi ni Kuru Manga Awards’ alongside Chainsaw Man and seeing significant sales numbers to match for it’s first collected volume. All in all, it’s truly an up-and-coming mega-hit.

In this sense, it’s not hard to see why VIZ Media have licensed SPY x FAMILY for their Shonen Jump service – even if the series isn’t published in Weekly Shonen Jump, like so many of their other series.

Because of this, SPY x FAMILY joins other non-Jump series in VIZ Media’s Shonen Jump such as Platinum End, the newest manga from the Death Note creators that is published in the monthly Jump SQ, and Astra Lost in Space, who’s recently-concluded anime adaptation is proving very popular.

Is it exactly a smart move from Shueisha to just give away SPY x FAMILY to VIZ Media’s Shonen Jump, though? Before the announcement, Manga Plus (the English version of Jump Plus) was the only way to read the series, which therefore draw in more than a fair few new users. Heck, even I downloaded the app to keep up to date.

If anything, this just proves how much Shueisha value their ongoing partnership with VIZ Media. But for consumers, this is nothing but a win. Shonen Jump has already proved it’s worth as an attractive, consumer-friendly digital manga service, and nabbing SPY x FAMILY is just another big reason for new users to sign up.

SPY x FAMILY will premiere it’s first three chapters on Shonen Jump this Sunday. There’s no word on how frequently new chapters will be released, but we’ll be sure to keep you updated.