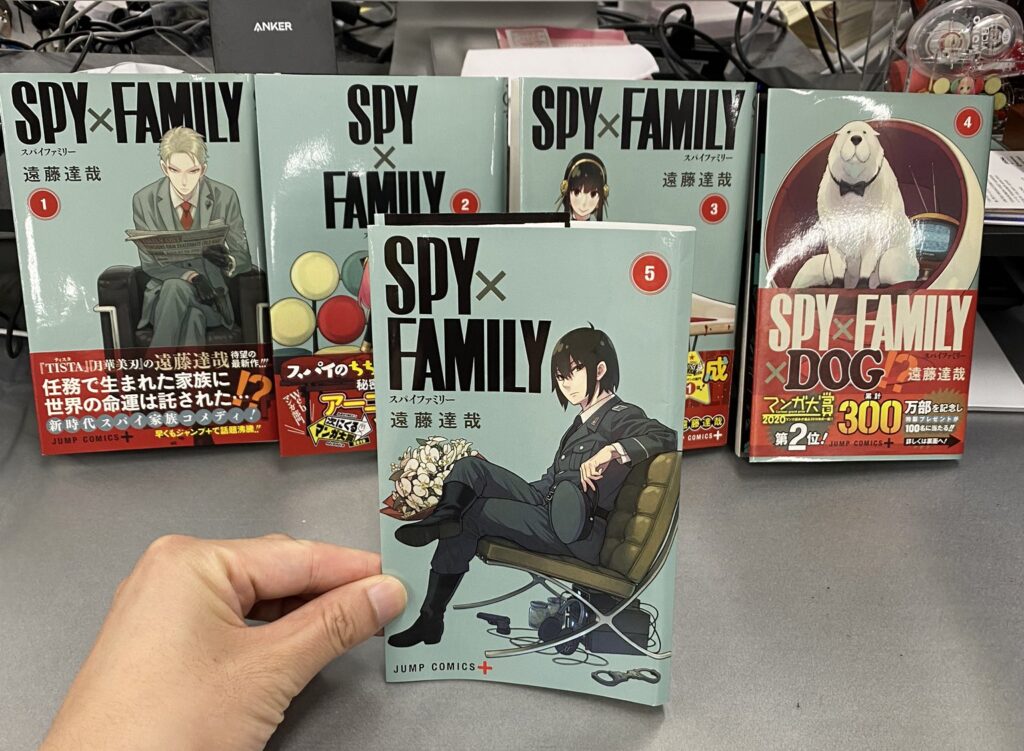 Tatsuya Endo’s SPY x FAMILY continues to be a massive success for Shueisha and Jump Plus, as it was announced yesterday that the series had surpassed 5.5 million copies in circulation. Coming only two months after the series’s last milestone of a whopping 4 million copies, SPY x FAMILY’s sales figures needed to be adjusted to account for the copies printed of the series’ upcoming fifth volume (on sale September 4) as well as additional reprints for volumes 1 through 4. This figure also includes digital copies sold, so you know it’s the real deal.

Before we go on, we should make it clear that the “number of copies in circulation” and “sales” are essentially the same thing. Shueisha prints copies of the collected volumes according to orders placed by distributors and bookstore chains, so the money is already in their pocket. That’s why the current SPY x FAMILY sales figure has been updated to include numbers from the upcoming fifth volume release, even though it hasn’t been released yet.

In any case, another interesting facet of this latest SPY x FAMILY sales record is the fact that each volume currently released as of the time of writing (1-4) has surpassed 1 million copies in circulation. That’s a pretty important milestone that helps us to see that readers aren’t just picking up the first volume and calling it a day, but following the series more or less the whole way through. Of course, the first volume still no doubt makes up the majority of those sales, but regular engagement is key to long-term success. 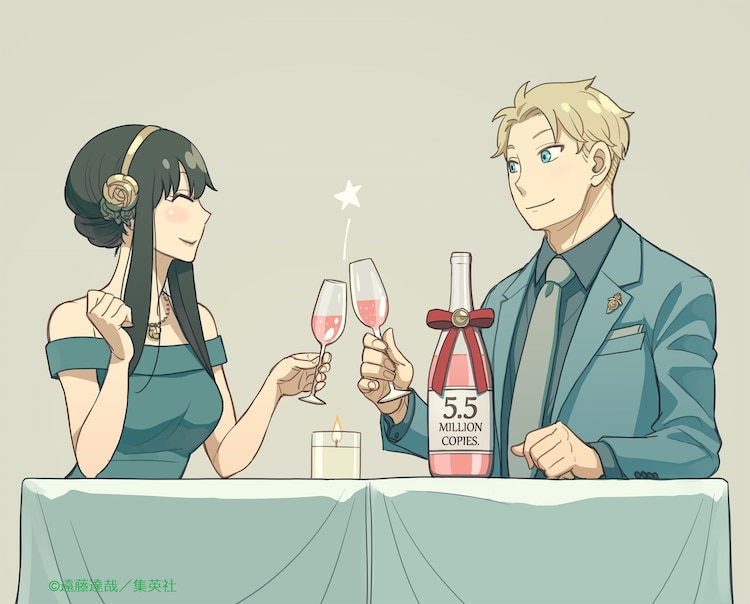 To celebrate the latest SPY x FAMILY sales milestone, series creator Tatsuya Endo also drew an adorable illustration that you can see above. Depicting main characters Loid and Yor sharing a glass on date night to toast the series’ latest achievement, let’s just hope that this date goes a little better than the last one.

Furthermore, I wouldn’t be at all surprised if we got another SPY x FAMILY sales update some time soon. Not only is the series growing in popularity at a rapid rate, volume five comes with an incredible pack-in gift that allows you to play dress-up with Anya. I’m considering purchasing several copies just to display all of the different combinations.