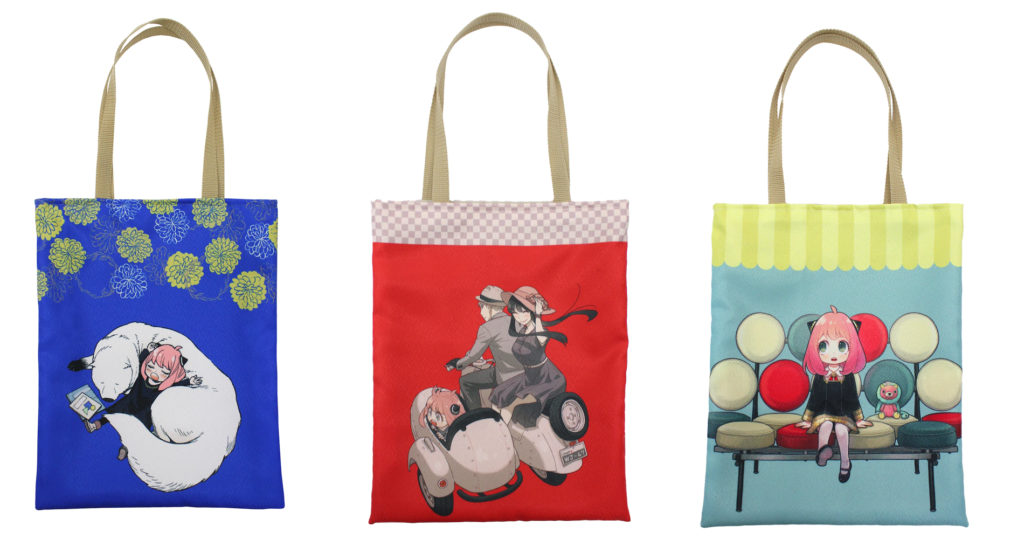 One of the stars of the new generation of Weekly Shonen Jump comics, Spy X Family finds its readership growing bigger every day. The manga recently passed the 5 million mark in circulation which is no small feat and it’s already earned itself some awards along the way. Much like its Jump comrade in arms Chainsaw Main also was earlier this year, the comedic spy action manga found itself center stage of a gigantic Shibuya based ad campaign. Now, readers can take a slice of Tatsuya Endo’s loveable comic with adorable Spy X Family bags shipping this November. 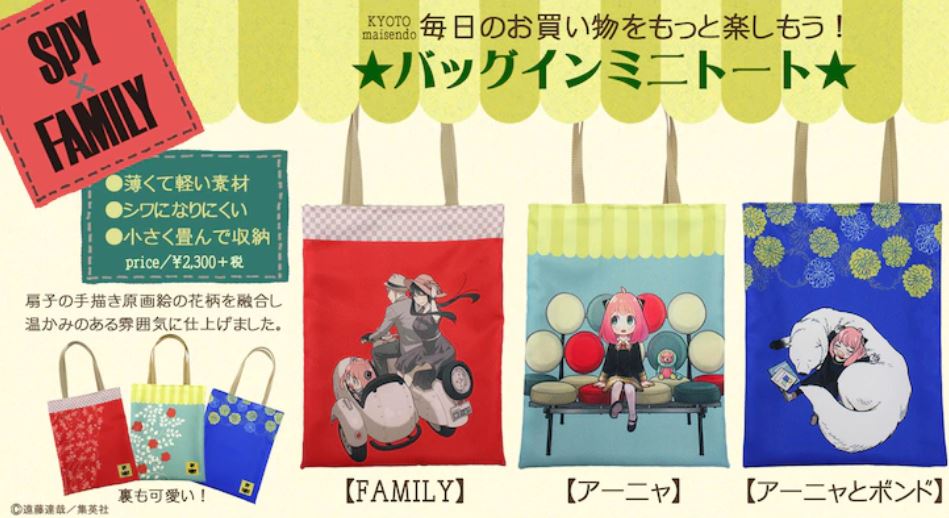 Usually, tote bags aren’t worth writing home about but we’ve got to hand it to this mini collection. These Spy X Family bags each sport huge and distinct illustrations of the cast against striking solid-colored backgrounds with some additional graphic design elements to give them some oomph! When most tote bags are just a black and white image on a beige background, it gets hard to muster up any excitement around them but these accessories are as colorful and charming as Endo’s manga itself. Retailing for just 2530 yen each as well, they’re well worth the money for the quality of their design and how they could be paired with most casual outfits. 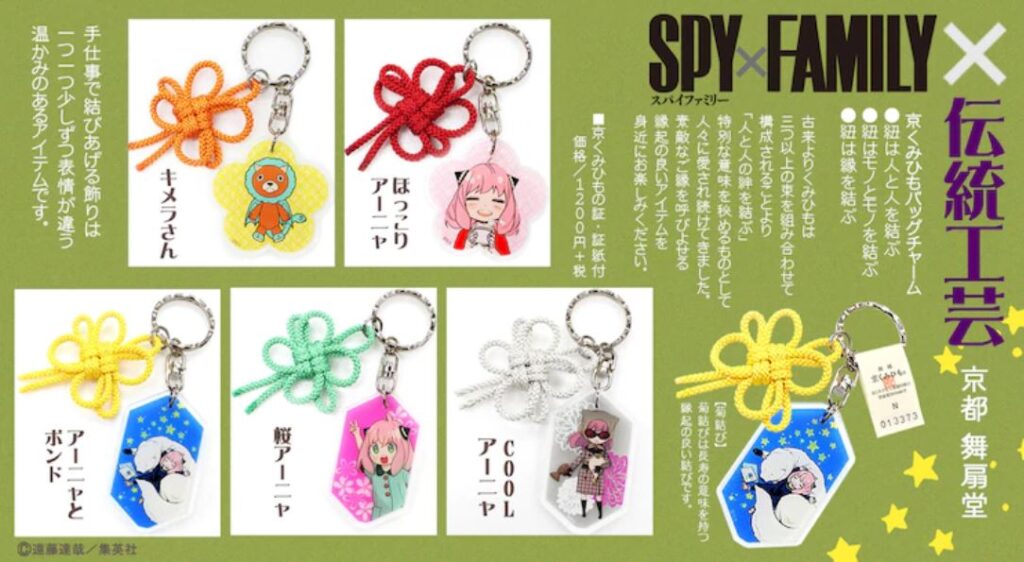 If you want to throw down an extra 1320 yen on top of the 25 bucks you’re already spending, you can also grab one of these nifty charms to adorn your Spy X Family bag. While 13 bucks is admittedly a little expensive for a charm, these are bigger than usual with sharp colors and come with traditional Japanese knot symbolizing long life. We always love to see merch than actually comes across as well designed and fashionable, even if it’s not some big-time brand collaboration.

You can preorder the Spy X Family Bags and Charms now, and they release this November.