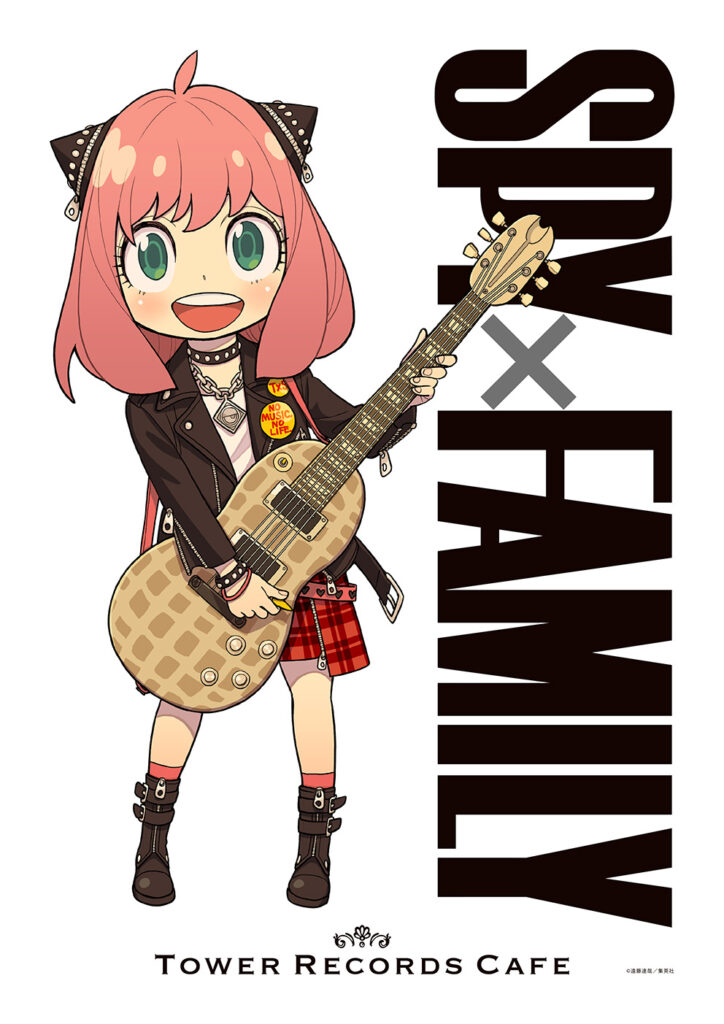 During my time writing for this site, I’ve covered many Tower Records collaboration events: JoJo’s Bizarre Adventure, My Hero Academia, to name but a few. Never have I ever, however, seen anything quite like this SPY x FAMILY Tower Records café: not only is it based on a series without an adaptation, it also pays surprising homage to Tatsuya Endo’s original art.

From what I can tell, a manga without an anime getting a Tower Records themed café is quite unprecedented. All of the above examples came long after their respective manga got an adaptation and featured goods and food based almost exclusively on the anime’s character designs.

That couldn’t be further from the truth for the SPY x FAMILY Tower Records café. Present here is Tatsuya Endo’s art in all of its glory. Anya and Bond in particular are the focus of many of the themed food and goods. Take the bookmarks above, for example: much of this is just art that Endo has posted elsewhere before, such as the Blues Brothers-inspired four million celebration illustration.

What’s more, Endo’s designs make their way into SPY x FAMILY’s themed menu, undoubtedly the best part of getting a collaboration café. Toppings are arranged atop of a plate of clam chowder to make Anya’s smiling face, Yor’s bloody profession as an assassin inspires a blood-red cocktail, and Bond’s fluffy coat is lovingly recreated with a load of whipped cream. Much like reading the manga, looking at this menu just brings a massive smile to my face.

Getting a Tower Records café at this early juncture undoubtedly speaks to SPY x FAMILY’s enormous popularity. Its sales, for example, seem to only increase every month: last time we reported the figures, it was 5.5 million. It’s since gone up to six million, if the information on the webpage is to be believed.

Ultimately, what Tower Records wants is a slice of that pie, but this themed café speaks to how far SPY x FAMILY’s star has risen, and where it might go from here.

The SPY x FAMILY Tower Records café will run in Tokyo, Nagoya, and Osaka from the end of this month. Check out the official website for more details.