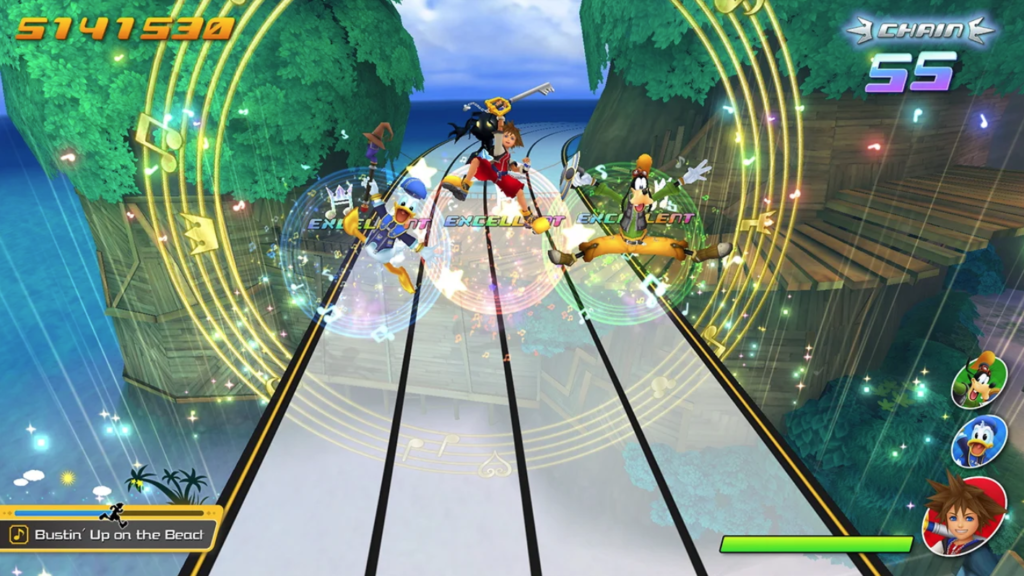 Square Enix has announced Kingdom Hearts: Melody of Memory, [『キングダム ハーツ メロディ オブ メモリー』タイトル発表トレーラー] a rhythm game coming to Switch, PlayStation 4, and Xbox One later this year. The Japanese announcement trailer shows Kingdom Hearts: Melody of Memory in action, with multiplayer as well, and it looks to feature character designs and gameplay that is similar in form to Square Enix’s Final Fantasy Theatrhythm.

No specific details have been announced for a North American version, but we’ll keep an eye out.