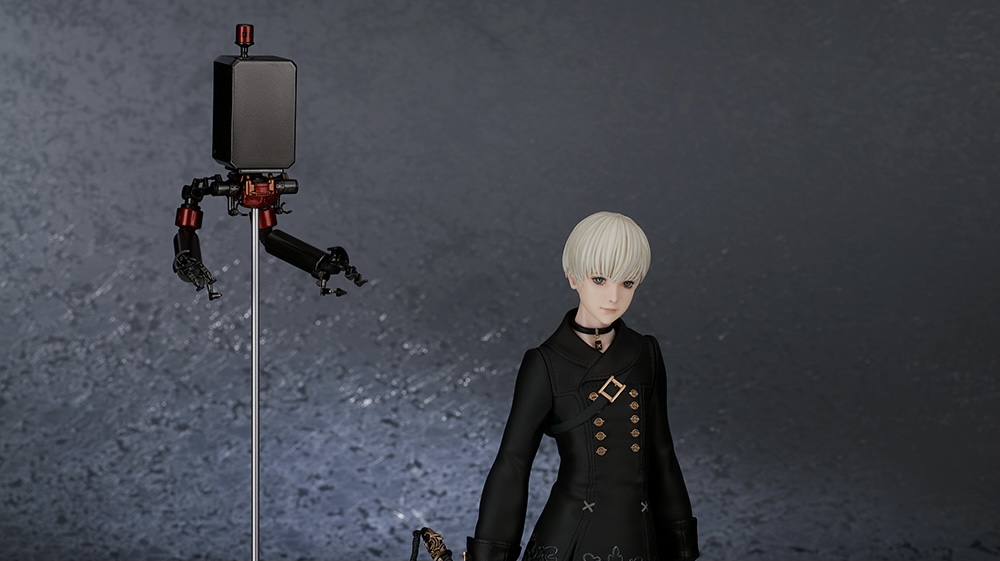 New figures for the NieR Automata franchise are on the way, with this latest being based on the character of 9S.

NieR Automata’s cultural relevancy inside (and particularly outside) of Japan has yet to wane, and it makes it the perfect series to create figures out of, whether large, small, or very large (those Masterline figures announced at TGS are so impressive). The latest of these NieR Automata figures is more manageable in size but retains a level of detail, as Square Enix prepares to release a new figure of 9S, sculpted by Mitsumasa Yoshizawa from REFLECT.

This new 9S figure will be available in two versions: a standard and deluxe edition release, both made to different specifications beyond the typical minor bonuses often included in such figures. The standard version is a more traditional design for the character, seen regularly throughout NieR Automata, that comes with a black sword and a special pedestal for the 9S figure to stand upon. The black mask covering the character’s eyes is present.

For the deluxe edition, however, we get to see a design for 9S that allows the buyer to replace the face and body, with a face that features the character without their eye mask and a body without their shorts. We had a 2B figure do the same with her skirt, so I guess this is gender equality! Also included in this figure is a Pod that sits on a separate stand alongside the character, as though it were floating alongside you as it does in the game. Both versions clock in at a respectable 27cm in height, and their details makes them desirable display pieces.

Although pre-orders have opened today on the Square Enix eStore in Japan, alongside a resale of a recent 2B figure from the same designer, the release for this figure is still some ways away. The figure will reach Japanese consumers in January of the next year, with the standard version costing 15180 yen and the limited edition costing 22880 yen.