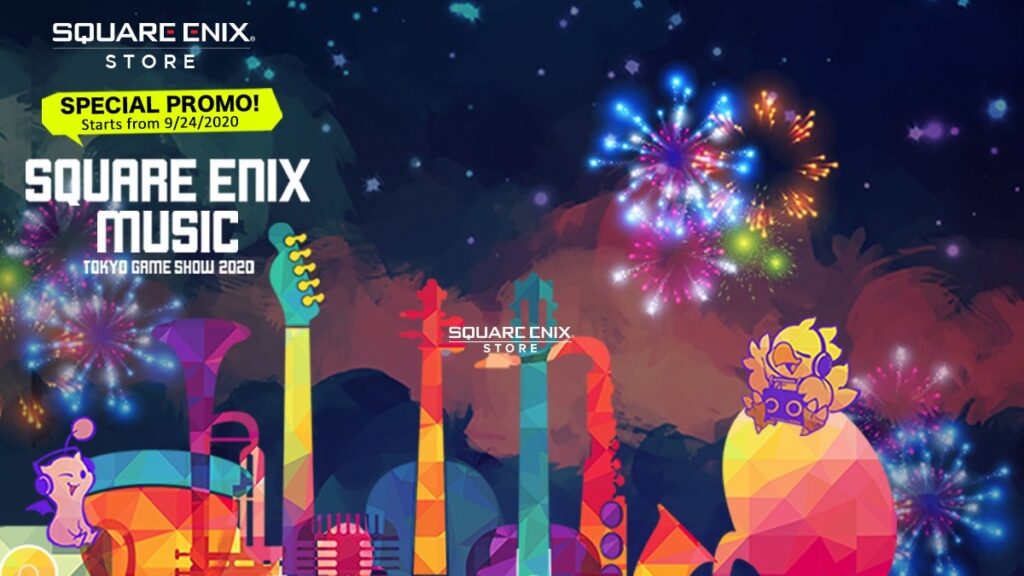 As we’ve covered here before as part of our coverage of Tokyo Game Show Online 2020, Square Enix have a strong lineup of both games to showcase and merchandise to sell. As part of their merchandising efforts, a number of new music CDs will be sold online for the event alongside a limited quantity of signed goods. In preparation for this, Square Enix have released preview videos for a number of live concert CDs that will be sold for the first time as part of the Tokyo Game Show Online 2020 Square Enix Music shop. And don’t worry if you’re not in Japan: Square Enix have opened their TGS offerings to fans worldwide!

Three new live performance CDs are being previewed by Square Enix as part of their promotion of the Square Enix Music shop for TGS. My favorite CD of the three previewed and the one I’m most likely to purchase would have to be Square Enix Jazz -Final Fantasy VII- at Billboard Live Tokyo. This is a 2CD live recording of a concert performed live in pre-pandemic Tokyo in front of an audience and takes iconic songs from the original game such as Aerith’s Theme and the Shinta company theme and arranges them in free-form jazz stylings.

Also being promoted is the live Romancing Saga Orchestra Matsuri Live CD taken from a live recording of the series’ music at the Tokyo Metropolitan Theatre on February 16th, while I’m equally impressed by the 2-CD release of the Symphonic Memories Concert, which is another live performance recording from December 2019 that takes music from Octopath Traveller, Final Fantasy and Xenogears and sees it performed by a live orchestra. I know, I was surprised too. Square Enix remembered Xenogears existed!

Were you worried about missing out on any of these CDs or any of the TGS-exclusive signed offerings the company were making available as part of the Tokyo Game Show Online 2020 Square Enix Music shop? Square Enix have decided to make the online sale available to customers in both North America and Europe. As a result, all the above CDs alongside the signed goods from the likes of Yoko Shimamura and Yoko Taro will also be made available in limited quantities to customers in these countries. Like in Japan, a lottery system is in place, so all people interested will need to sign up for a waiting list on the Square Enix Store. If you are selected to purchase a signed copy, a private purchase link will be sent on or after September 24th.

Get ready for our virtual Square Enix Music booth for Tokyo Game Show! From 9/24, purchase any CD to receive a sampler CD, & purchases over $50/£40/€50 get an @sem_sep eco bag 🎵💿🎶 Waitlists open now to reserve your spot

Square Enix’s music offerings look great for Tokyo Game Show Online 2020, and you don’t even need to be in Japan to have a chance of buying some exclusive signed CDs. You can purchase these items on the North American or European Square Enix store, and please check our previous coverage for more details on Square Enix’s other offerings, including game showcases and live musical performances, during Tokyo Game Show Online 2020.