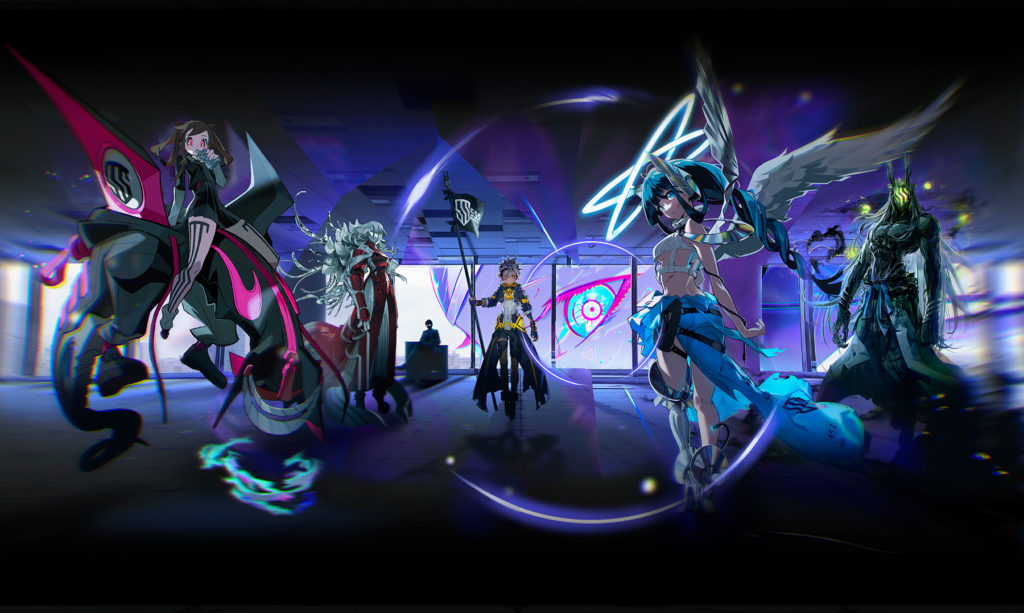 This past week has proven particularly mysterious for me as I browsed my usual Twitter feed. There’s a lot of reasons I favor the social media service, but perhaps the most prominent is my love of illustrations and design. But seemingly out of nowhere over the space of several days, seven of my favorite illustrators all seemingly synced up with a synonymous style of post. What was originally just a typical design by these illustrators was this time framed by a mysterious black SSS mark, all featuring the hashtag #SSS_STUDIO. The first time I thought this might have been referencing something older, so I began digging into it to no results. But then it became more and more frequent, with various creatives in my feed all bearing this same frame.

While you think it’d be pretty obvious from the hashtag #SSS_STUDIO, there was actually a whole lot to question when it came to just what this project would be. From Pokémon to Final Fantasy and beyond, all of these creators involved have pulled some serious industry moves, and there really was no solid answer as to just what this project would entail. That was, until today, when SSS by Applibot was officially unveiled.

SSS by Applibot (read Triple S by Applibot) is an all-new creative studio launched by web service Applibot (a Cyberconnect-owned property) which aims “To shake the world with the power of design” according to their official website. With such a stacked roster of designers within their studio, this might just be possible. Immediately upon reaching their website, there’s definitely an impression made. This isn’t just your average WordPress template, the SSS by Applibot website is very much just a snippet of what their team is capable of.

Right now SSS by Applibot is being fronted by seven different creators; Masafumi Takagi, 7ZEL, Mai Yoneyama, Naji Yanagida, ISSSAI, PALOW., and BUNBUN. While their illustration style is varied, it very much all meshes under a similar aesthetic, with each member absolutely worth checking out in depth.

With the launch of the studio, we’re also seeing the announcement that SSS by Applibot has been brought on to handle design for Naoki Maeda’s upcoming SEVEN’s CODE rhythm game. Studio member Masafumi Takagi shared the following about the studio’s current activities and eventual plans:

If you look into designs that are in trend, you will find that there is a prototype design as a base. At SSS by Applibot we aim to create new design styles that people would instinctively want to imitate. Currently, we mainly focus on creating designs for smartphone games however, in the future, we will add members such as directors and scenario writers and would like to work with various industries such as animation, movies and consumer games. Our work as an “assembly of individuals” has already begun. We hope to create works that will stir the souls of many people around the world.

There’s honestly so much information to digest with this group, but I know the real ones are going to want to check it out from the source itself. With a title like SEVEN’s CODE already under their belt, I’ve got very high hopes for this studio, especially as the branch out into the various industries mentioned above. For those interested in checking out even more on SSS by Applibot, be sure to check out the creative studio’s official website.