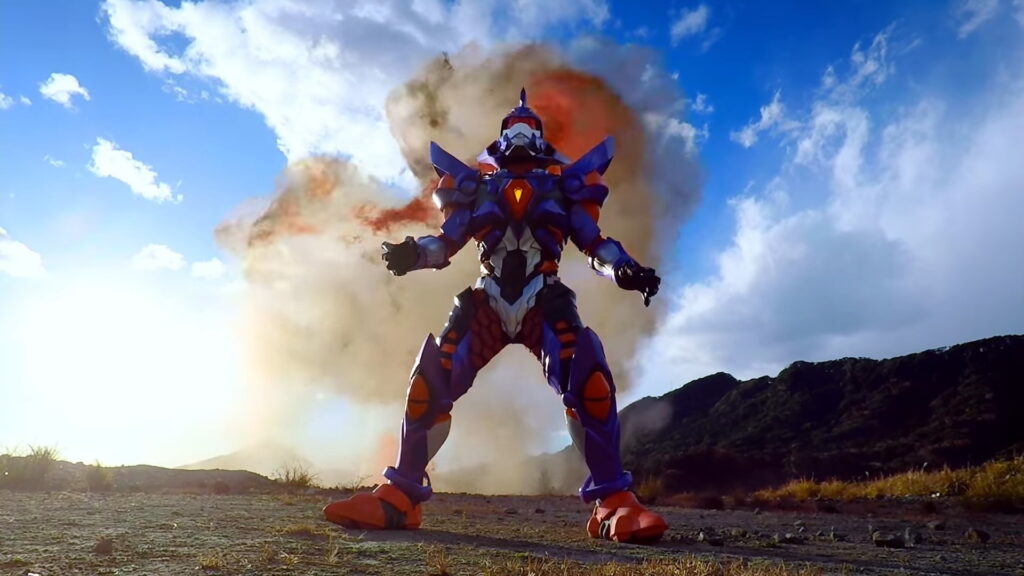 One of the best things about SSSS.GRIDMAN and its extended ‘universe’ is just how unashamed and unabashed its love is for everything tokusatsu. That sentiment is only strengthened further by the recent Gridknight Fight shorts attached to SSSS.DYNAZENON.

Directed by Yuichi Abe over at Tsuburaya Productions in cooperation with Studio TRIGGER, these shorts see the Gridman universe pay tribute to its roots by jumping into live-action. While the characters of Gridman and Gridknight existed years prior to the series, these are definitely the anime ‘versions’ by virtue of their voice actors: Kenichi Suzumura reprises his role as Gridknight, alongside Karin Takahashi as Anosillus the Second and Tetsu Inada as Alexis Kerib.

At the end of the day, though, these voice actors are still just providing dialogue and narration to footage of a bunch of actors in massive body suits punching each other, so it feels like good old-fashioned tokusatsu. What’s more, Abe’s appointment as director isn’t insignificant: he worked on the 2010 movie Ultraman Zero: The Revenge of Belial, as well as several other Ultraman series. He’ll be bringing his years of experience to the Gridknight Fight shorts.

The title Gridknight Fight also has a special meaning. Back in 1970, Tsuburaya created the Ultra Fight series after several high-profile flops: consisting entirely of fight scenes from the first Ultraman and Ultraseven series, it was designed to cost nothing to produce and save face. There wasn’t enough footage for the planned 130 episodes, however, so new scenes had to be shot on a shoe-string budget and using outside locations.

Most importantly, this tokusatsu series featured next to no special effects at all (tokusatsu means special effects in Japanese) and instead relied on practical effects such as pyrotechnics. The Gridknight Fight shorts pay tribute to this, although the tiny snippet offered as part of the PV makes it clear that there will be at least some visual effects: both Gridman and Gridknight are seen powering up, for example.

For those with an interest in tokusatsu history and the Gridman universe, the Gridknight Fight shorts are sure to fascinate. Four of them will be released as part of the upcoming SSSS.DYNAZENON Blu-ray releases. Check out the official website for more information!