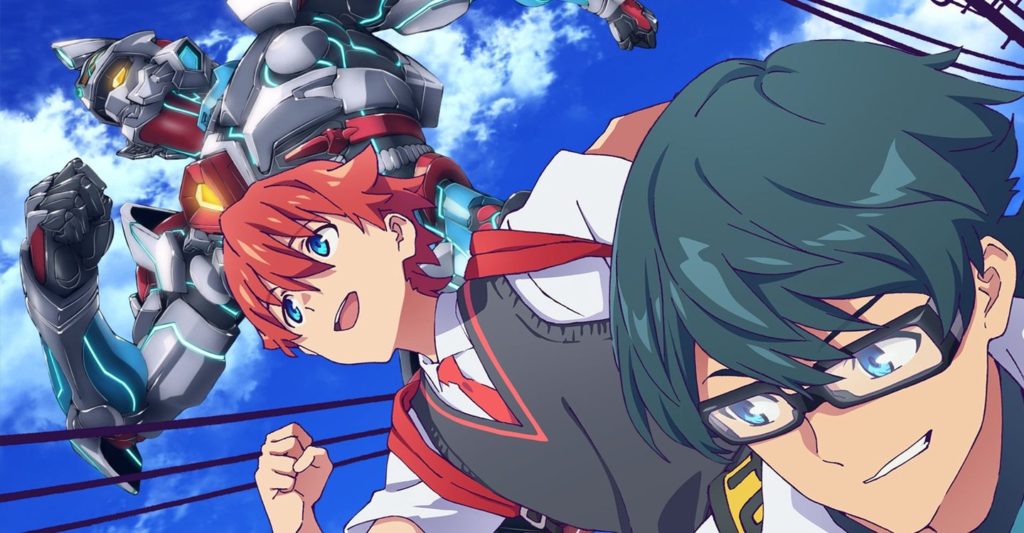 What Is SSSS.GRIDMAN? The Passion Project of TRIGGER’s B-Team

SSSS.GRIDMAN is TRIGGER’s in-house director Akira Amemiya’s passion project and first major directorial debut. You may know it as the show with the girl with the ‘thicc’ thighs, but there’s really more to it than meets the eye. Combining Amemiya’s routes in Anno-style directing, countless tokusatsu and transformers references, and a little bit of TRIGGER magic, SSSS.GRIDMAN is one of TRIGGER’s best-refined stories.

Do I Need to Watch Gridman the Hyper Agent or Superhuman Samurai Syber Squad to Understand SSSS.GRIDMAN?

The brilliant thing about SSSS.GRIDMAN is that it is entirely self-contained! Leveraging Tsuburaya’s iconic Gridman IP, Akira Amemiya crafted his own spiritual successor to both Gridman the Hyper Agent and beloved Ultraman series, the name SSSS.GRIDMAN simply paying lipservice to the original Japanese version of Gridman and the American Superhuman Samurai Syber Squad.

For those of you who may know about Amemiya’s short film ‘Denkou Choujin Gridman: boys invent great hero‘, SSSS.GRIDMAN is still completely unrelated. While the Animator’s Expo piece may have served to open the way for the eventual full-length TV Gridman, the narrative ties to ‘Boys Invent Great Hero’ were severed very early into production (the short film serving more as a direct follow up to Gridman the Hyper Agent).

The story of SSSS.GRIDMAN follows a brand new cast of characters, fixating itself first on a distraught Hibike Yuuta who has to defend his city against kaiju threats by combining with the mysterious Gridman to fight back. The show later shifts focus to Akane Shinjou and Rikka Takarada (who you may recognize as being the girls in the promotional artworks), spending more time on interpersonal conflicts in a very ‘sekaikei’ fashion (think: Neon Genesis Evangelion). 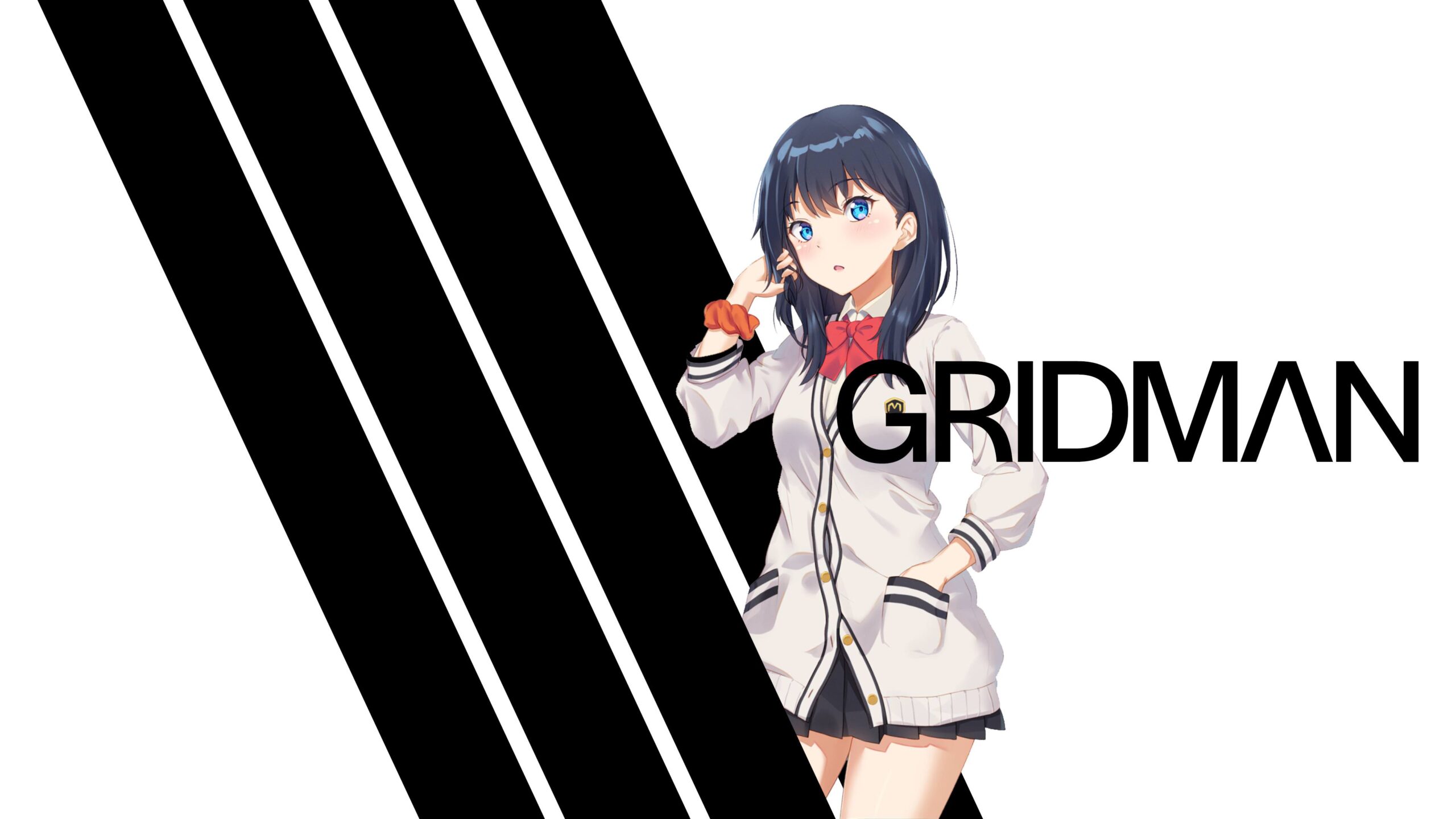 Who Is the ‘Best Girl’ in SSSS.GRIDMAN?

Anyone even remotely familiar with the TV series would know that TRIGGER has not held back on flaunting the show’s character. Having sculptured the notorious Rikka Takarada to Amemiya’s liking, with her the trademark gargantuan thighs, as well as Akane Shinjou’s big badonkadonks courtesy of Shigeto Koyama, there’s no denying that there was some degeneracy involved in the characters design process. Yet these designs are what launched the show’s into everyone’s consciousness, so it is not without at least some merit.

As the more popular of the two girls among fans, Rikka is a reserved but supportive character that serves as one of Hibiki Yuuta’s sidekicks at the start of the show. She serves as the ‘common sense’ counterpart to Utsumi Shou’s ‘computer/kaiju nerd’ status on the team, using her unique skill set to help solve various problems that come up along the way.

As the series progresses, we get more of an insight into who Rikka is as a person and how that changes the way things play out.

Despite being shrouded by mystery and kept on the sidelines at the start of the series, Akane Shinjou is considered by many to be SSSS.GRIDMAN’s true main character. She is unveiled as the driving force behind the Kaiju as early as episode 2, and she holds everyone to her whims through terrorizing the city. The fate of everyone lies in the hands of how manic, treacherous, or depressed Akane is feeling on a given day. Would sparking joy and hope in Akane bring peace to the city? 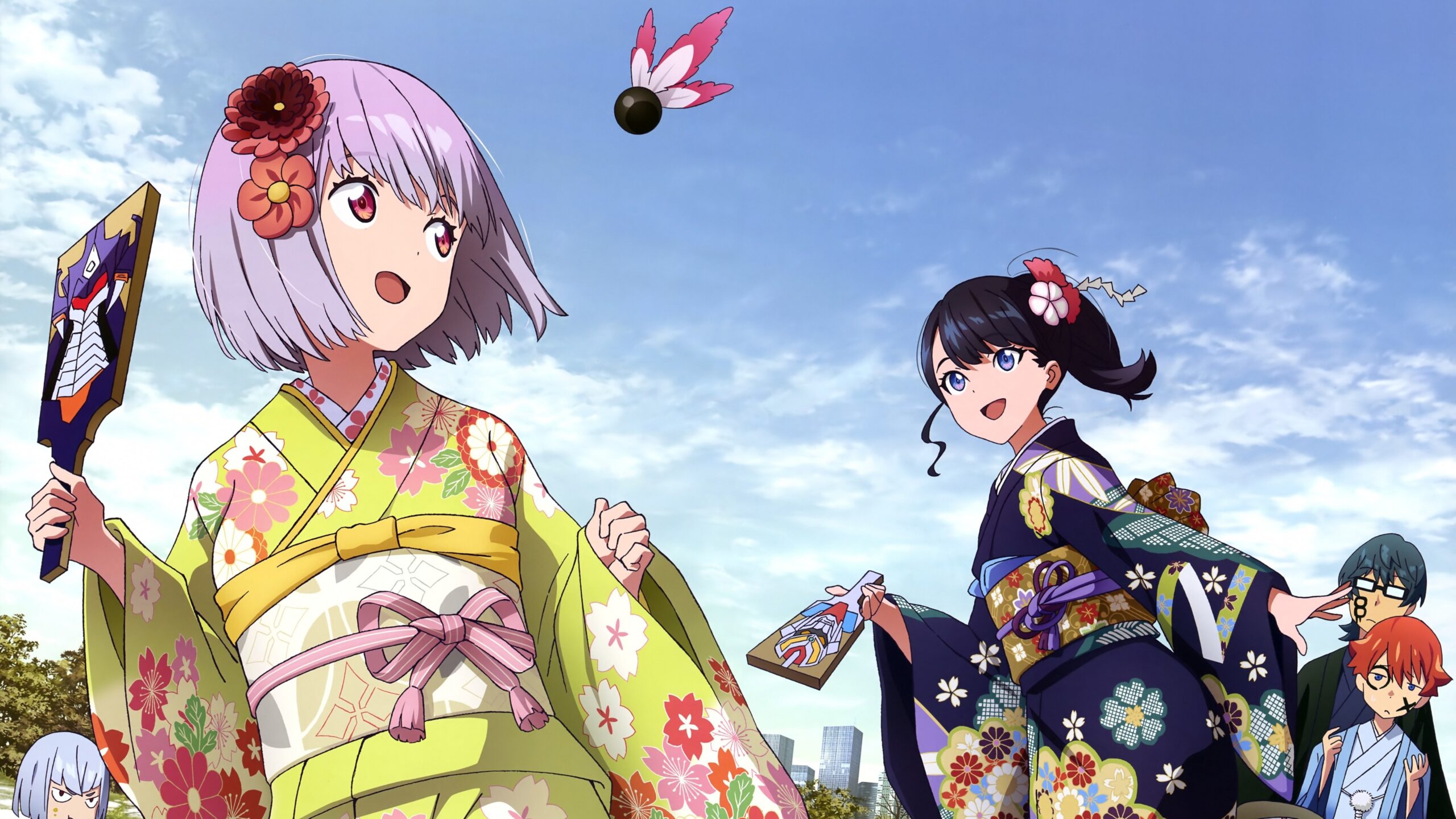 The rest of the Characters

It wouldn’t be SSSS.GRIDMAN without the rest of the crew. With everyone getting a spot in the limelight, you’ll be loving the whole cast by the end of the show.

Waking up with amnesia in Rikka’s apartment at the very beginning of the series, Hibiki Yuuta is a confused high schooler who quickly comes to the realization that the only way to defeat the impending kaiju threat is to combine with the ominous Gridman through a process known as Access Flash.

Utsumi is Yuuta’s highschool friend and resident tokusatsu and computer game nerd. He lends his expertise to help combat the oncoming kaijus and occasionally troubleshooting computer problems with varying success. That being said, his insecurities make it hard for him to stay by Yuuta’s side.

As one of Akane’s less practical creations to kill Gridman, Anti is a sentient kaiju taking the form of a human with the ability to transform into a more conventional city-destroying monster at will. After quickly being disowned by his creator, Anti must come to terms with his primitive instincts and carve out meaning in his own unique set of circumstances.

As perhaps one of the least subtle references in the whole show, The Neon Genesis Junior High Students consist of the titular Samurai Calibur, Max Borr, and Vit, all of who get the chance to shine as a unique Gridman add-on. Despite their appearances, they can be smarter than they lead on and affect the way things flow at unlikely times. 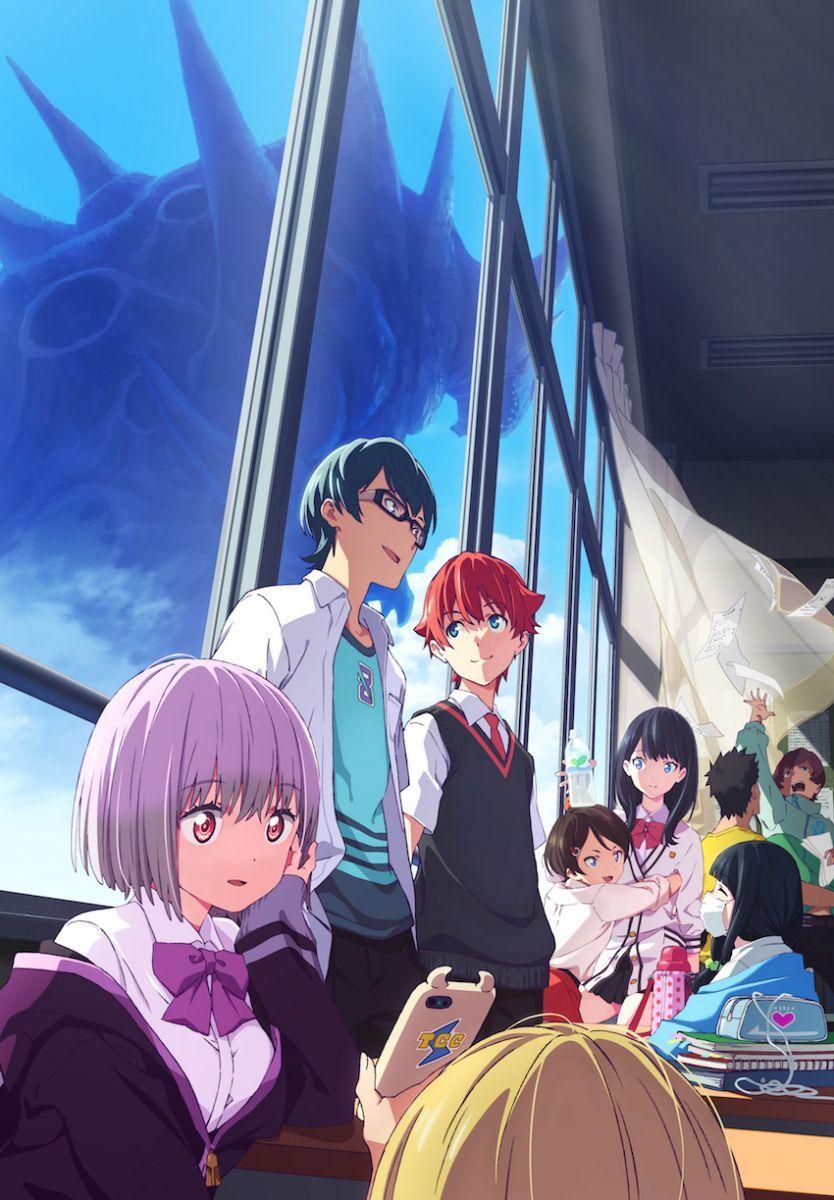 Where can I watch SSSS.GRIDMAN?

SSSS.GRIDMAN is currently available to stream subbed via Crunchyroll or English dubbed via Funimation. If you live in Japan, you can also watch the Japanese version via Netflix.

What is SSSS.DYNAZENON and the Gridman Universe?

As part of Tsuburaya Convention 2019, Trigger announced that they will be producing another title under the SSSS banner called SSSS.DYNAZENON. The show takes place in the same universe as SSSS.GRIDMAN and calls back to Dyna Dragon and God Zenon from the original series. You can read our review for the first episode.