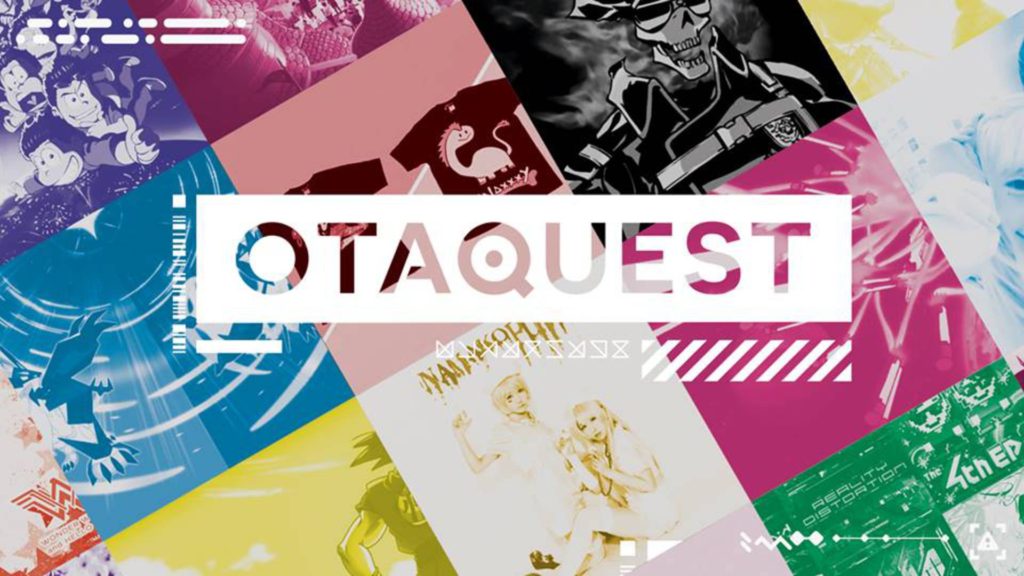 With 2017 finally at its end, and the year 2018 launching off in all sorts of weird and wonderful directions, we here at OTAQUEST have been reflecting on the year that was, analyzing the trends and happenings in the world of Japanese pop culture that made it so special. There was a whole lot of great that happened in 2017, even if it’s sometimes shrouded by everything else going on in the world.

When we first put pen to paper with the idea of a year in review piece, we sketched out the idea of each staff writer covering the topics of ‘Anime, ‘Games,’ and ‘Music,’ but it didn’t take too long to realize how secular that would be — after all, the world of Japanese pop culture doesn’t simply revolve around those aforementioned topics. Our end result came out a little less uniform, but all the more accurate, especially given there’s not too much ‘uniformity’ about the world of pop culture.

Divided into the answers of each individual writer, we’re going to be sharing three things in particular that stood out to us in 2017, that we maybe feel deserve to be known. You can find all of our answers below:

1. Within the world of fashion, 2017 has been a seriously wild ride over here in Japan. It doesn’t feel like all that long ago that I first caught wind of a first collaborative fashion line between both my personal favorite graphic designer, GraphersRock, and the long-established branding of PUMA. It again surfaced in the past month that the designer would be collaborating once more, and what a collection it served to be. Combining internet-age design with flashy colors and solid sneakers, GraphersRock blew me away with what he achieved in just 12 short months. 2. It’d be impossible for me to write anything about 2017 without mentioning the Nintendo Switch. Having absolutely struck all the right chords with me, it’s easily been one of my year-long favorites. I wrote earlier that it had just become the fastest selling console of all time in North America, and that’s with good reason. Between the stellar library of games, the ease of use while out and about or at home — it truly feels like a console made for my lifestyle. Nintendo hit it out of the ballpark with this one, and I can’t wait to see what 2018 brings. 3. For the staff over at humble lil’ PARK Harajuku, the year 2017 couldn’t have been any bigger. Between the release of their first anime series, URAHARA, and the announcement of their second, CO;RYU, the tucked away melting pot of cultural relevance has been going nowhere but up as of late. Even with all that took place in 2017, the staff has all just been going about their everyday lives, working harder than ever before to continue introducing the streets of Harajuku to new and exciting creators. I’ve got nothing but respect for PARK, and can’t wait to see what comes next. 1.  2017 was the year that the mainstream gaming public finally started to hold Japanese games on a level of esteem not seen since the decade pre-2010. It was refreshing to see The Game Awards ‘Game of the Year’ category awash with nominees developed by a studio other than Nintendo. I’m not sure what it was specifically about Persona 5 that finally convinced people that JRPGs aren’t bad simply for employing JRPG mechanics, but I’m happy anyway. I’m stoked that a hack‘n slash action RPG featuring an android female-male duo delving into robotic philosophy was able to stand out in an industry full of gun-toting bearded dudes with wise-cracking sidekicks.

Some may argue that Japanese game development has finally “caught-up” with techniques in the west, but I remain ever-skeptical of that thought. The industry seems like it’s finally moving on from the rough and gruff FPS phase it’s been in, and realizing once more that some of the strongest bastions of game development creativity have been flourishing in Japan. 2.  Chunithm is a Japanese rhythm-arcade game that, while not technically being a product of the year 2017, was certainly enough of a reason to keep me coming back to arcades weekend after weekend this year to spend my hard-earned 100 yen coins. When one thinks of rhythm games, the mind tends to drift towards Konami’s Bemani titles, like Beatmania IIDX, Dance Dance Revolution, and Sound Voltex. Chunithm, on the other hand, was not developed by Konami, but is instead a product of the minds over at SEGA. It seems like game centers never have enough Chunithm machines, as they are always packed and it is not uncommon to have to wait in a line. Other games, however, are usually quite available.

The game has kept up some insane momentum by constantly collaborating with popular anime, so you’ll always be able to trace your fingers and wave your hands to some of your favorite tunes. Dare I say that this game has been enough to encourage a huge wave of players to visit their arcades week after week like I have? Is it any coincidence that operators like Round 1 and Taito are seeing improved returns? I think not — keep your eye on some crazy arcade gaming innovations coming from Japan in the near future. I hear that VR is especially popular recently. 3.  In recent times, it has become ever more apparent that animators in Japan’s anime industry have it rough. Standards for animator pay in Japan are quite low, which is a problem when the need to pay the always costly Tokyo rent looms. There are now a few options available to industry outsiders in helping, and even changing the lives of the next generation of creatives —  the least of which is the Non-Profit Organization known as Animator Supporters. Their yearly “Animator Dormitory Projects” aim to raise money for affordable dorm-style housing for animators. Paying no more than 30,000 yen a month including utility costs, animators can skirt Tokyo’s rent prices and live in an environment where they can not only survive, but thrive.

An additional goal with the dormitory project is to allow an environment where new animators can learn from the more experienced hands as they come to visit. Jun Sugawara has made a splash with his campaign this year, and Animator Supporters raised more money than ever before this year at $25,428 USD — 170% of the original $10,000 goal. Generous souls have taken notice, and I only hope that this leads to even more meaningful change within the industry we love.

1.  Pokémon illustrator and overall prolific artist Tokiya’s new project has been one of the most exciting things I’ve had the privilege of seeing the beginnings of. Around the middle of 2017, Tokiya reached out to me to do some cursory translations for a new clothing brand he was starting up called None Faith. This collaboration between him and Chloma owner/designer Suzuki Junya is producing some of the coolest illustrations and concepts he has ever created. I can tell you guys without revealing anything that there are more amazing collaborations to come, so keep an eye out!

2. To Your Eternity is Ōima Yoshitoki’s new manga coming off of her 2013 hit A Silent Voice, and this comic bangs like no other. It’s an adventure/road trip comic about a deathless being who slowly finds their humanity over the course of meeting and parting with the people and animals he encounters along the way. Its imaginative fantasy setting is naturalistic and believable while still being fresh, and it has a slight SF tinge to it which makes the coming issues unpredictable and exciting. 3.  Lastly, the back half of 2017 has been a JP youtube renaissance. Virtual YouTubers such as Kizuna Ai has made such an impression that imitators have been popping up nonstop for the last six months. One of which is Kaguya Luna, a noisy, boisterous virtual YouTuber whose character is a mix of Crayon Shin-chan and Annoying Orange. I love her.

1. Those who know me will tell you that I’m a sucker for old anime, and I also love off the wall/slapstick humor. That being the case, it would go without saying that the announcement of Season 2 of Osomatsu-san was one of the biggest moments for me this year. The new season hasn’t let me down at all either, with my personal favorite Matsuno brother, Jyushimatsu, seeing plenty of screen time and a few episodes dedicated to his wacky nature. It’s also been great to see all of the additional love the supporting characters have gotten this season so far. I can’t wait to see where they go with the 2nd half of the season in 2018! 2.  For someone who doesn’t have a lot of time to sit down and play console games, having a full-fledged console Mario game at my fingertips was easily one of the pure joys of my 2017 travel experience. Not only is Super Mario Odyssey an incredibly well designed game, but the amount of crazy stuff you can do thanks to the new movement options & physics paired with what can only be described as a love letter to Mario’s history make this very close to the top of my personal ranking for every game in the franchise. The soundtrack for the game is one of my favorites for the year as well, with “Jump Up! Super Star” still frequently stuck in my head leaving my toe tapping. It might still be a while before I hit 100% in the game due to my schedule, but the game is so fun to play that I’m going to savor every minute of the journey. 3.  There have been a lot of really great anime fashion collaborations to come out this year, but New York-based Supreme knocked it out of the park with this line. While the brand has a tendency to be pretty hard to access, I made sure to pick up several pieces from this collection for myself as a massive fan of both Akira and Supreme. Aside from Akira’s notoriety worldwide being a huge selling point, what really got me on this was the use of original art from the manga rather than the anime for these pieces. The striking image of the explosion in Neo Tokyo used on several of the pieces has to be my favorite of the scenes they chose, and the subtle Supreme branding on the other shirts is a perfect way to make sure the collaboration doesn’t come off as too heavy-handed or detract from Otomo’s original art. My only complaint is that I wasn’t able to buy everything in this collection. What do you think, was there anything in particular that you fell in love with throughout 2017? Looking back on it all, while the year was filled with high-points and very much stands on its own merit, I can’t help but feel that the year was simply laying down the foundations for what’s to come. If that does happen to be true, of course, then we’ll only be going up from here.