Stand By Me Doraemon 2 arrives Nov. 20 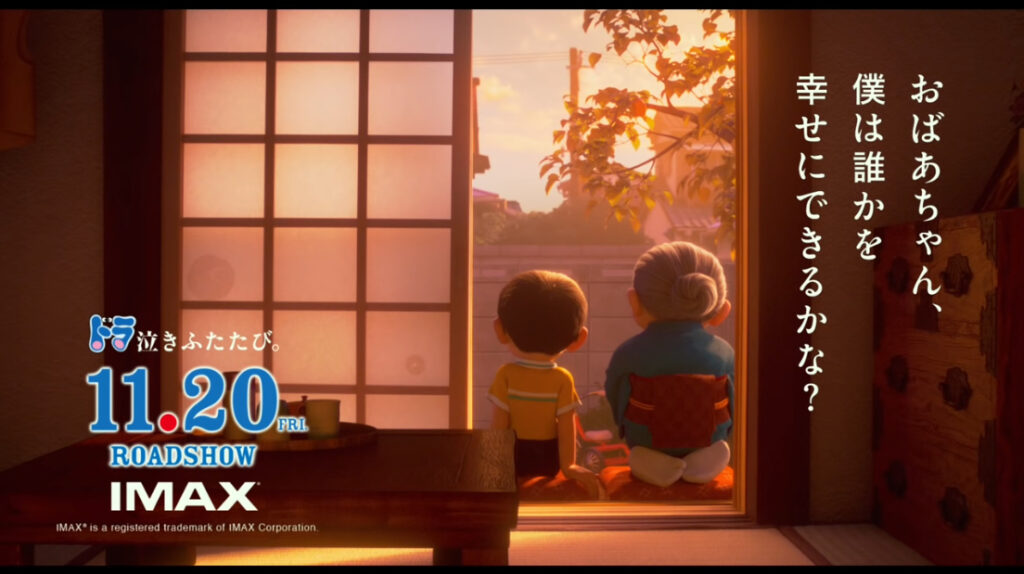 The sequel to the box office hit Stand By Me Doraemon will come out on Nov. 20.

Toho released a new trailer on Oct. 6.  It was also revealed that actor Masaki Suda will perform the theme song, Rainbow.

According to the Doraemon movie website, advance tickets will be sold starting on Oct. 16. If you order an advance ticket, you will also get a movie postcard set.

The movie will also be available in 38 IMAX theaters in Japan.

When the first 3D CGI Stand By Me Doraemon film came out in 2014, it was a tearjerker.

The movie not only retold the origin story of the robot cat from the future, but it also included a version of Goodbye, Doraemon…, the original 1973 “final episode” of Doraemon.

(That is, it was final until the blue gadget cat returned.)

The film remained at the top of the box office for five weeks. Overall, it came in second place behind Frozen for the year.

According to reports, the new film is based upon the award-winning short film, Doraemon: A Grandmother’s Recollections.

From the looks of things, this new film will likely be every bit as much a tearjerker as the first film. The trailer and promos show scenes from Nobita’s past, as well as his future wedding to Shizuka.

Stand By Me Doraemon 2 was originally supposed to come out on Aug. 7, but it was delayed by COVID-19.

The film is part of this year’s 50th anniversary celebration for Doraemon.