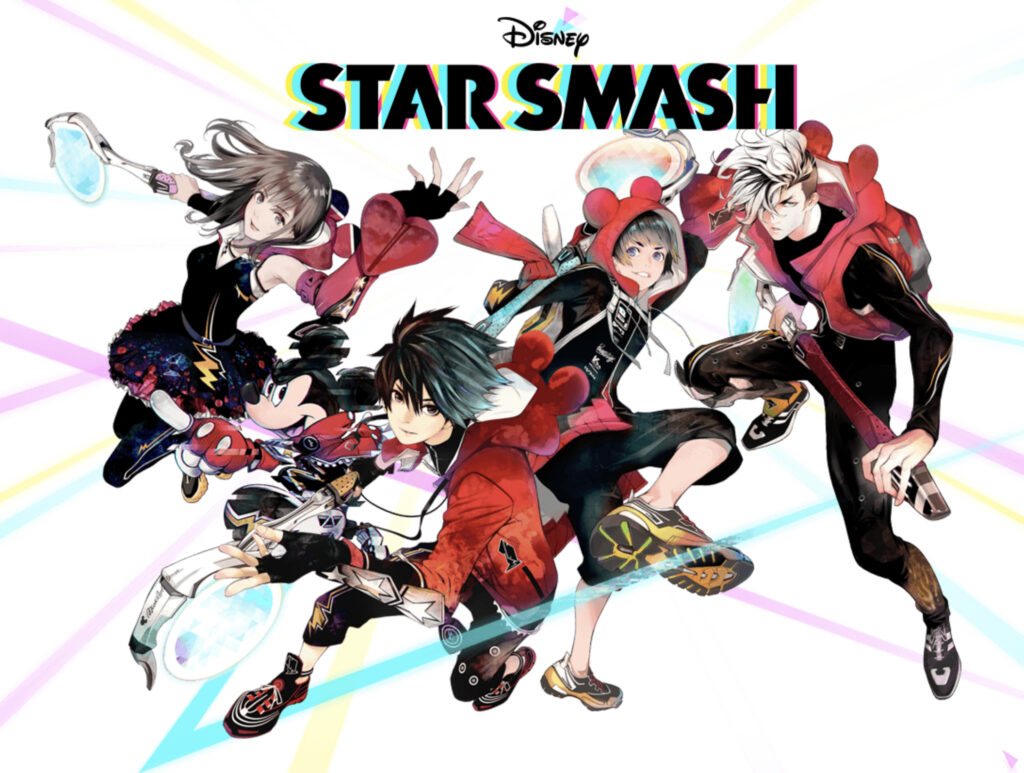 What do you get when you put XFLAG, music group Mrs Green Apple, Tatsunoko Productions and Disney into the same room? If you said a Disney sports title, I’d be suspicious how you guessed the correct answer on the first attempt, but you’d be right. Walt Disney Japan have produced a brand new anime-themed sports mobile game titled Star Smash in partnership with XFLAG, and have brought in Tatsunoko Productions (who the company previously worked with for Pandora and Akubi) to create an animated promotional video set to a new song from Mrs Green Apple.

But what is Star Smash? Star Smash is an anime-style co-op action game featuring iconic Disney characters. Players tap the screen to hold their character and hit the ball towards their opponents to defeat them and clear the stage. Disney character cards, redrawn in a more anime-inspired art style, can be used to enhance these attacks in order to inflict more damage. Included in the application is an original manga featuring the ‘Red Braves’ alongside Mickey Mouse as they play this new sport, known as ‘Starball’. It’s clear a lot of effort (and cash) has been put into making this new mobile game a success.

Which is where Tatsunoko Production and Mrs Green Apple come in. To celebrate the game’s upcoming launch on November 16th and to promote the game’s release, Tatsunoko have produced a 1-minute animated promotional video set to a new original song from the group titled ‘Stardom’. This video is mostly geared towards introducing the Red Braves, as we see them wandering around the city and relaxing in a cafe, but we do get to seer the team in action as well. Here, we see Disney characters like Peter Pan, Hercules and Aladdin jump into the action as they play, showcasing the new designs for these characters in the process.

Star Smash is an intriguing proposition, and one to keep an eye on as we approach the game’s launch. The title will launch on iOS and Android on November 16th, and you can find out more over on the game’s official website.