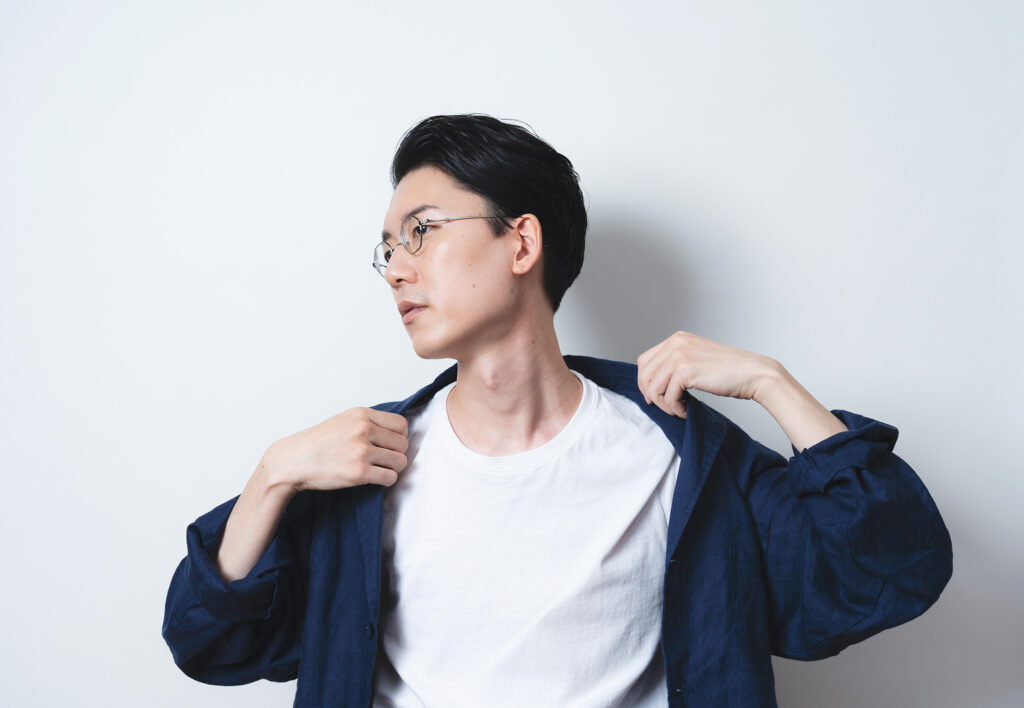 In this feature, OTAQUEST aims to help introduce some of Japan’s best musicians to the world. Today, an all-around talent managing to shine as a singer-songwriter, a producer, a songwriter, and a collaborator. His jazz-influenced take on modern pop music has resulted in some of the strongest albums to come out of Japan in the last few years…while also crossing over to mainstream J-pop, where his left-field take on familiar sounds is helping to add a dash of wonk to the industry.

Not to force anyone to reflect back on 2020, but one of my strongest memories when it came to Japanese music over the course of that not-so-hot year was how frequently Kan Sano’s name popped up in the credits for J-pop numbers that charmed me. Rising artist iri’s ‘Sparkle‘ wowed me right away; and, of course, Sano constructed that squiggly bit of dance-pop. The Niigata idol outfit RYUTist’s latest album is one of the nation’s best releases from those 12 months, and the speedy highlight comes from… Kan Sano. Pick a song I enjoyed and… yep, Kan Sano had a high chance of being involved.

He’s not just a behind-the-scenes force. Sano puts out his own songs and albums, which give him space to experiment even more with his sound, to the point where he will transform himself into a funky robot to enhance slinky dance numbers. His influence has become clear across all of Japanese music. Alongside frequent collaborator Shin Sakiura, Sano is one of the most important producers going in J-pop today, and a talented creator in his own right. Get to know one of the architects of modern music in the country below.

Kan Sano has been focused on music since childhood. Born in 1983, Sano taught himself piano starting at age 11, while also beginning to compose his own works while navigating adolescence. After graduating from high school, he traveled to the United States to attend Berklee College of Music. While there, he played in bands, even appearing at the Monterey Jazz Festival. He returned to his home country, settling in Tokyo and starting his new career in the music business.

Revisiting Sano’s earliest works (both solo material and guest appearances on other jazz-leaning acts albums) reveals a lot of his sonic tendencies were already in place when he started out. For all the jazz flourishes, Sano knows how to build a funk groove, and he’s not afraid to get weird with his vocals; in particular, he likes effects that make him sound robotic, as seen on one of his earliest EPs, above. While he would fine tune all these techniques over the next decade, Sano had a vision from the very start. He just needed the rest of the country’s musical scene to join him.

Sano started releasing solo material and working with other artists (as a producer and remixer, primarily) over the next few years, but it wasn’t until 2014’s 2.0.1.1. album that he achieved his first breakthrough. That set found Sano collaborating with vocalists from all over the world to create sweet, jaunty (‘Above Love’ featuring Maya Hatch being a highlight for that adjective) tunes showcasing his attention to melodic detail. It was on the tracks lacking a ‘feature’ credit, though, that Sano’s more adventurous ideas could bloom, such as on the elastic ‘Come Closer.’

He settled into the groove in the years that followed, highlighted by a new EP of material in 2016 (loaded up with guests from Japan and beyond) and a steady drip of production work and remixes. Yet his real artistic crest was on the horizon, both as a solo act and as someone working behind the boards.

If you are seeking out a specific moment for when Kan Sano truly transformed into a vital presence in modern Japanese music, the release of his 2019 album Ghost Notes makes for a handy demarcation line. This full-length effort saw Sano perfectly balancing his pop provocations with wonkier ideas, resulting in a constantly groovable set of songs with plenty of surprise twists sprinkled throughout. It landed at a moment when J-pop was sounding smoother and relaxed, thanks to groups such as Suchmos and Lucky Tapes incorporating funk, acid jazz, and city pop into their sounds. Ghost Notes wasn’t far off sonically from those acts, but added in experimentation that ruffled the easy-breezy vibes of other releases. Listen to it below.

At the same time, Sano started popping up more to remix major works from the likes of Ken Hirai, while also starting to produce songs for acts such as Dream Ami and, most notably, iri. His workload only increased in 2020, with more remixes and production for a wide range of acts, with lots of commercial work weaved in as well. Once on the edge of what the mainstream sounded like, Sano was shaping it directly.

For all of his inroads into the mainstream via other artists, Sano’s solo works remain his strongest output. Last year’s Susana might be his best overall release (above), finding the tinkerer mastering the balance between bops and experimentation. For every melancholy instrumental like ‘On My Way Home,’ there is a slice of robo-funk like ‘DT pt. 3.’ It’s his finest to date, and hopefully a sign of what’s to come.

While not as left-field as he would get, this cut from Sano’s first attention-grabbing album shows his knack for sweet melodies.

Savor Kan Sano at his funkiest, including his most irresistible groove ever.

While never overdoing any one particular thing, this cut from Ghost Notes sums up everything Sano does well, between charming vocals, a locked-in groove, and a splash of singing effects.

As maximalist as Sano gets, but without losing a trace of the catchiness.

A great contemporary example of how Sano plays well with others, complete with one heck of a groove.