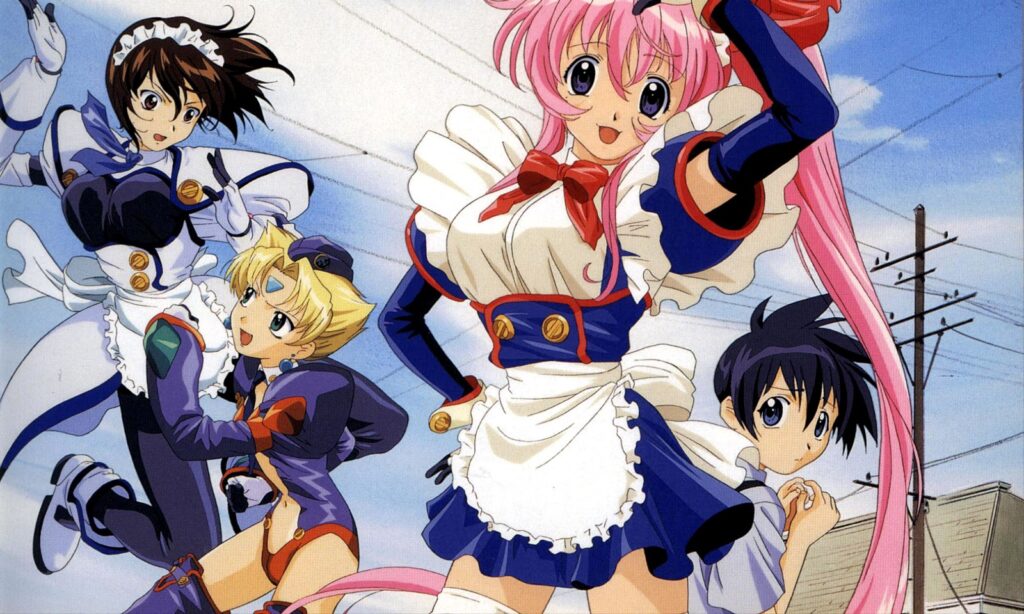 Steel Angel Kurumi is one of those series that everyone seemed to know about, but that no one had ever actually seen. Back when ADV Films seemed to be licensing just about every anime series under the sun, this happened pretty often, solely because of those catchy commercials on every VHS tape or DVD you bought.

Could I sing every word of the theme song? Of course. Did I have a clue what the show was about? Nope, couldn’t tell you.

As it turns out, Steel Angel Kurumi tells the story of a shy young boy named Nakahito Kagura. To no one’s surprise, he’s bullied, and his tormentors force him into what many believe to be a mad scientist’s house. Inside the home, he finds what he believes to be a doll, albeit more lifelike than he had ever seen before.

Due to Nakahito’s extremely bad luck, the Japanese Army happens to launch an attack on the home at the exact moment he ventures inside. In the midst of the chaos, the boy accidentally winds up kissing the doll, bringing it to life.

The doll is named Kurumi, and isn’t a doll at all, but something called a ‘Steel Angel,’ a powerful being who is being hunted down by the military. She immediately becomes attached to Nakahito to a ridiculous extent, and is hyperactive to a fault.

Over the course of the series, Kurumi’s ‘sisters’ also come to light, named Saki and Karinka. All three were designed by Dr. Ayanakouji, a mysterious figure with ties to a strange organization called the Academy.

While critics have called the story somewhat forgettable, they have also praised the quality of the animation, and the surprisingly polished soundtrack. Basically, Steel Angel Kurumi has plenty of surprises in store for those willing to check it out.

In a rather uncommon fashion, the manga series and the anime series were produced at the exact same time. Kaishaku, a manga duo composed of Hitoshi Ota and Terumasa Shichinohe, created the series, and have also received praise for their Kannazuki no Miko and UFO Ultramaiden Valkyrie series which followed. 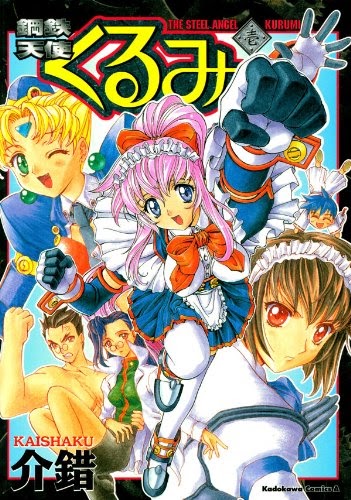 The manga series was originally serialized in Monthly Ace Next between 1997 and 2002, but moved to Monthly Shonen Ace for its final year of publication. These chapters were compiled into 11 volumes, and released in North America by ADV Manga in 2003.

From 1999 to 2000, the 24-episode Steel Angel Kurumi anime series aired in Japan. It was animated by OLM, Inc, which had found incredible success with series like Pokemon and Berserk. OLM also animated Steel Angel Kurumi 2 in 2001, which ran for 12 episodes.

A second OVA series followed season two. Steel Angel Kurumi Zero ran for three short 15-minute episodes, and took place in an alternate future which is much darker than the series on which it was based. Fans also took note of the dark colors used throughout, with the bright hair colors the only real vividness present.

The music across the series, which has been highly praised, was composed by Toshihiko Sahashi. While the name likely doesn’t ring a bell, he’s written dozens of anime and movie soundtracks, from Mobile Suit Gundam SEED and Full Metal Panic to Cutie Honey Flash and Hunter x Hunter. Who would have thought?

Produced in 2002, Steel Angel Kurumi Pure has a slightly different story than the manga and anime series. In the 21st century, the creation of robots has become easier thanks to rapidly evolving technology. The first prototype of a new type of robot called a ‘kangoroid’ is named Kurumi, and a boy named Nakahito Kagura is chosen as her guardian.

While Aya Matsui, the actress who portrayed Kurumi, hasn’t been up to much since the series aired, the same can’t be said of the male lead. Makoto Kamijo, who portrayed Nakahito, went on to star in Kamen Rider Blade. Hitomi Terakado, who played Karinka, also went on to become a voice actress, starring in Mermaid Melody: Pichi Pichi Pitch and Gunslinger Girl.

Sadly, while Crunchyroll once streamed Steel Angel Kurumi, that is no longer the case. Currently, neither season is available to stream on any popular streaming sites. However, all is not lost, and DVD copies do exist on Amazon.

A box set is also available, but you might want to consider buying it used, unless you’re ready to cough up $300.

Copies of the manga published by ADV are floating around, but can be difficult to find. Amazon lists many volumes as out of stock, but I’d try My Comic Shop. They seem to have plenty sitting around.