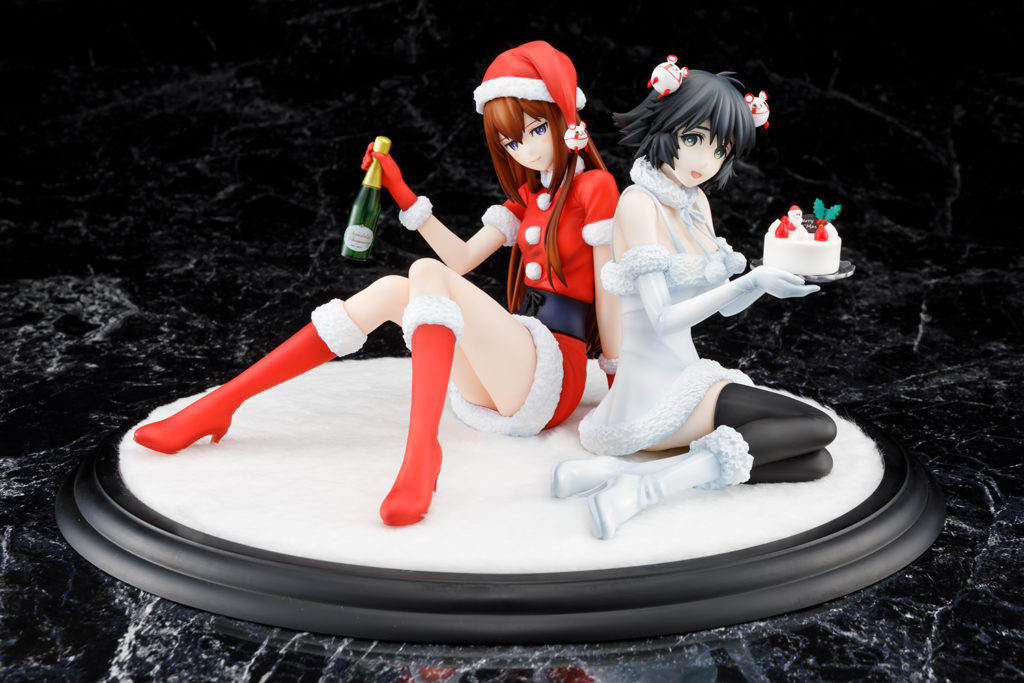 With the holiday season already come and gone, there’s perhaps no better time to announce some new Christmas-themed figures, right? You know, right in the midst of January, when we start putting out all our favorite decorations — or maybe that actually doesn’t sound so right. Low and behold, however, the announcement of two new figures from Steins;Gate 0 featuring both Kurisu and Mayuri completely adorned in Christmas gear. With pre-orders currently open and running through until March 31, the figures are currently slated for an October 2019 release, which I guess does actually put them a little closer to the holiday season… kinda.

Though I’m certainly not the figure collector I once was, I can definitely appreciate a good piece of PVC when I see it. Based on an original Steins;Gate 0 tapestry of the same design, KADOKAWA proudly boasts that they’ve done a pretty good job of bringing just about every detail from the original piece to the figures faithfully. It’s a shame these figures happen to be Christmas-themed without the ability to change them up based on the time of the year, especially with there being ample room in my living room for something like that and a few dedicated Steins;Gate fans living in my house.

There are technically three ways to pick up this set, with KADOKAWA offering the ability to either buy both Kurisu and Mayuri individually or together in a singular package. Buying an individual figure will run you 13,500 yen while picking the two up in a set will cost 27,000 yen, so there’s no real loss or gain either way. Those who do pick up the set, however, will also receive the original tapestry that the design is based on, which I’m sure fans of Steins;Gate who also happen to be big fans of Christmas will like?

With pre-orders currently open, those looking to kick their festive season off early in October can check out the order page, here.