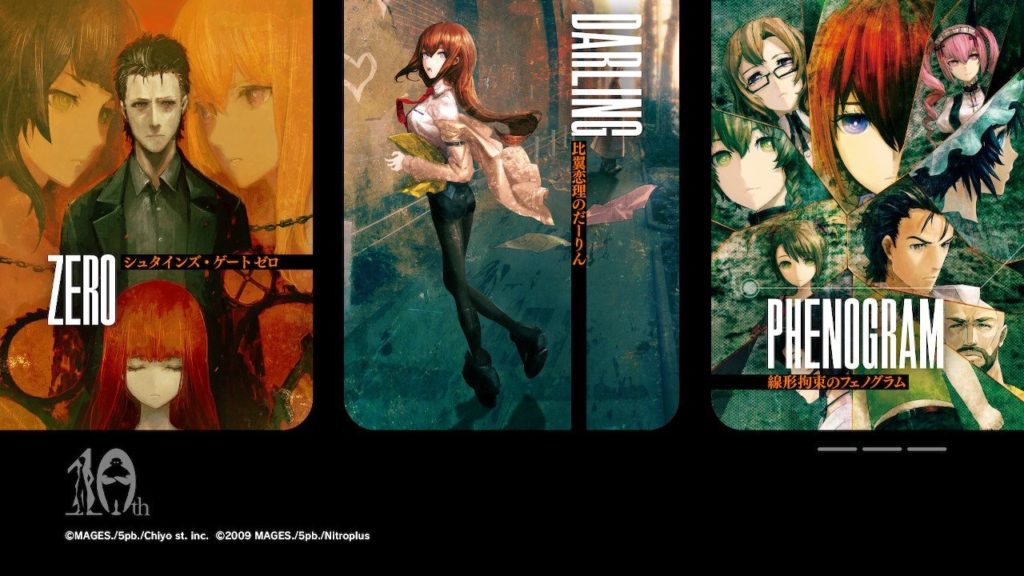 I’m really unsure how to follow anyone is supposed to follow the Steins;Gate series anymore. When I saw this announcement, I was completely dumbfounded regarding how to report on this in a way that someone who doesn’t really follow the story (like me) could still understand everything. The series has grown a lot since it exploded in popularity following the release of the original Steins;Gate visual novel and especially following the success of the anime based upon it.

Many of these may be not canon to the central plot discussed in the original game and Steins;Gate 0, but with so many games in the series at this point (with so many re-releases of each of these games to boot), it’s so difficult to keep track.

To add to this long line of titles is Steins;Gate: Divergencies Assort. Despite the brand new name, there isn’t actually anything new included in this new release for those who own all the previous games in the series. Instead, the aforementioned Steins;Gate 0, Steins;Gate: Linear Bounded Phenogram (despite it previously being stated it wouldn’t come to the platform after being included with Steins;Gate Elite on PS4) and Darling of Loving Vows will be compiled together and released together in a single package on Nintendo Switch.

One positive of this release is the fact that, combined with the previously-released Steins;Gate Elite (set for a western release in 2019), these two games should prove to be the most accessible way to experience the major elements of the Steins;Gate story. Other games not included in either of these releases aren’t as important to the overall story, after all.

Steins;Gate: Divergencies Assort is set for release in Japan on March 20 2019. The retail release will include a book that contains a novelized side story and more, while a cheaper digital release will also be made available. Although nothing has been announced, I would not be surprised if this new release package was made available in the West at some point later, especially with Steins;Gate Elite already set for a release in English on the device as well as on PlayStation 4 in February.