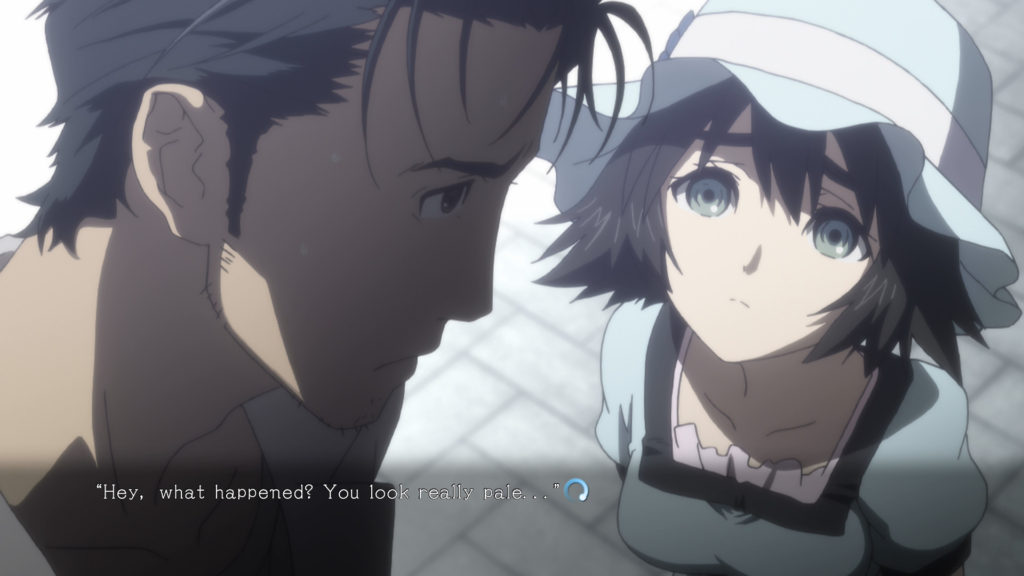 This week saw the release of Steins;Gate Elite. Marketing itself as the ‘definitive’ edition of the original 2009 visual novel, it has opened to fairly positive reviews from critics. But the replacement of the original art with scenes from the anime – meaning that you can ‘play the anime’ – is the final straw in a long-term process in the franchise: the slow death of the original art style.

All the way back in 2009 – 10 years ago now – Steins;Gate looked very different from how it does today. It featured character designs from artist ‘huke,’ known for their work on Black Rock Shooter, Metal Gear Solid, and long-term collaboration with music group supercell.

huke’s designs for the series were eye-catching and unique, especially among the saturated market of visual novels at the time. They hardly looked like ‘normal’ anime characters – they were highly detailed, realistically proportioned, and instantly iconic. The most notable features of huke’s designs, however, have to be the eyes. They were large on an otherwise realistic face and filled with abstract colors, each suiting the personality of the person behind them. 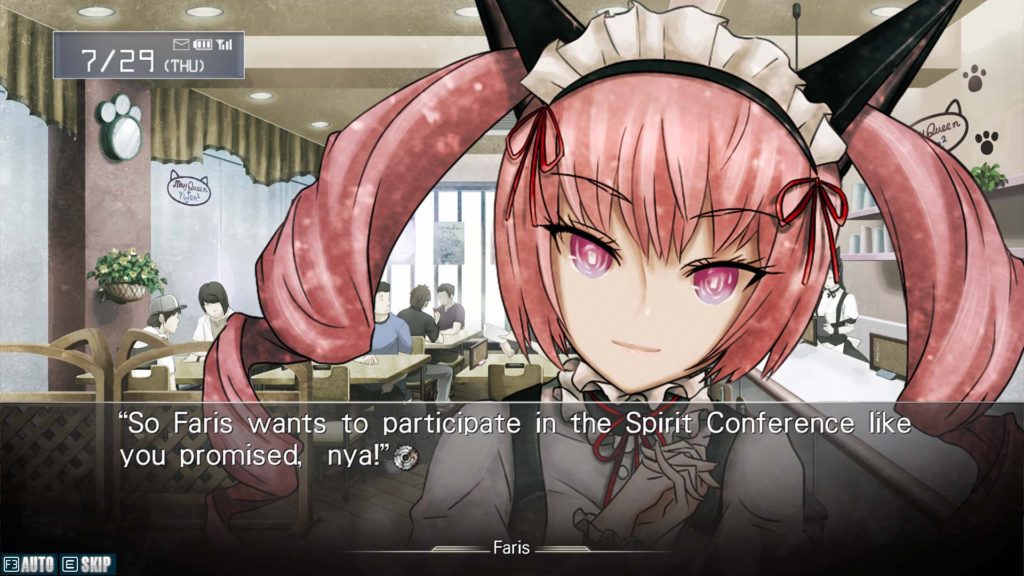 The character designs were used in perfect conjunction with the overall art direction of the game, which combined background art based on real-life locations in Akihabara with washed out, grainy textures. This translated the feeling of an overwhelming, endless summer that looms over the tragic events of the stories into visuals. Furthermore, it added to the feeling of alienation and isolation that protagonist Okabe Rintarou experiences during the story.

Besides the excellent story, it was precisely this unusual yet perfectly harmonized art style that piqued my interests all the way back in 2014, when I played the visual novel for the first time. I realize that I’m quite unusual in this respect, as many fans back then came to the anime adaptation first – especially in the west, where visual novels hadn’t yet taken off at the time.

As a result of my infatuation with the original visual novel, once I checked out the recently finished 2014 anime adaptation by White Fox, I couldn’t help but be initially a little dissatisfied with the number of changes they had made.

I could live with the removal of the various endings from the game. Rather, I expected such a thing to happen. Most visual novel adaptations tend to simply adopt the ‘true’ ending, although there have been notable exceptions to that rule (ahem, Oreimo). Plus, the various optional endings didn’t really add much to the overall story in the first place, except the possibility to have a happy ending with the girl of your choice. 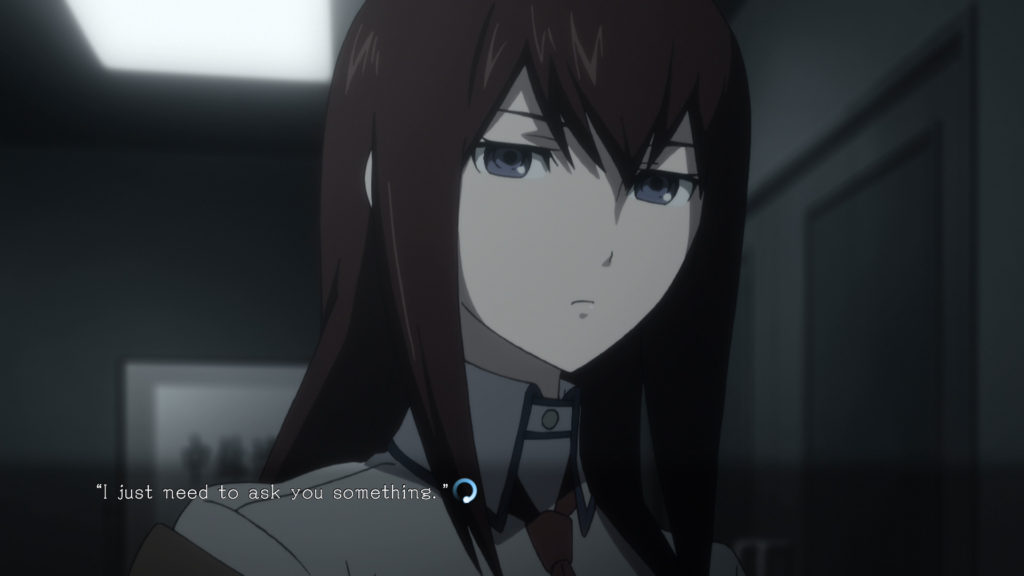 But I couldn’t help but be a little suspicious of the character designs. Overseeing their translation from huke’s original designs was Sakai Kyuuta at White Fox, and quite a lot of the originals’ detail was lost in translation, most notably in the color and eye designs. Furthermore, proportions were altered, resulting in the infamous long necks of the characters.

Most of this was done in order to make the character designs work better in animated form. Unfortunately, detailed character designs tend to make off-model moments stand out more in anime, and a simpler design makes animators’ jobs much easier – leading to better-looking shows.

In the end, it was thanks to these clever design decisions, alongside a smart approach to the story, that the Steins;Gate anime was able to become the masterpiece it is considered today. And for all of my initial apprehensions, I’d still consider it one of my favorite anime of all time alongside the original game.

Yet it was precisely because of how good the Steins;Gate anime is that the series as a whole only really blew up when it finished airing. As a result of this, it was the anime art style that dominated public consciousness, as well as advertisements for the series (although a notable exception, an advert for a new Steins;Gate pachinko machine, as noted below). 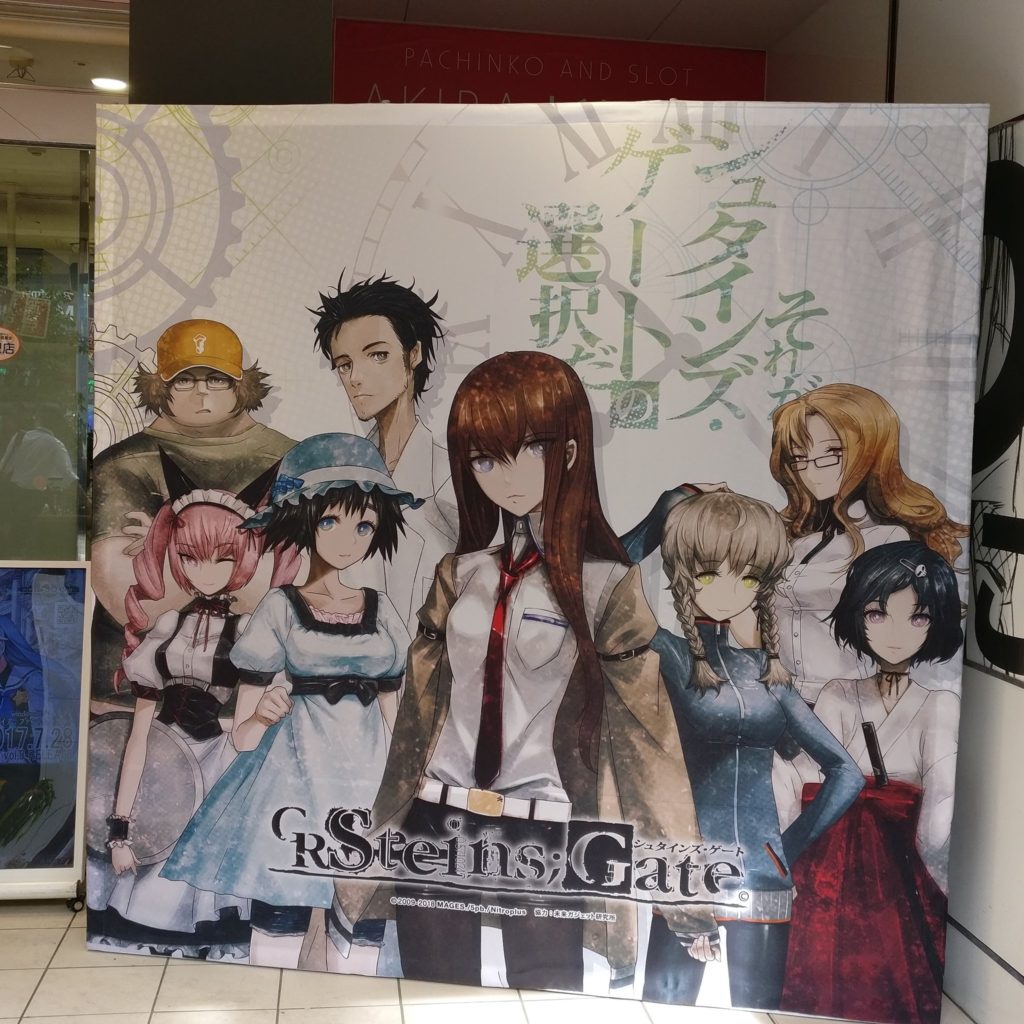 This carries over to the west, where the problem is only exacerbated by the relative obscurity of visual novels. In fact, an official English release of the visual novel didn’t happen until years after the anime aired, although there were obviously unofficial fan patches before that.

All of this seems to have culminated in the so-called ‘definitive’ version of the visual novel in Steins;Gate Elite. It replaces the original art of the series with clips from the anime, allowing you to ‘play the anime.’ It also adds new animated scenes for things not included in the anime, such as the optional endings.

Steins;Gate Elite is undoubtedly an impressive achievement. It blurs the line between ‘game’ and ‘anime,’ setting an interesting precedent for the future of the industry. But can it really be described as ‘definitive’? 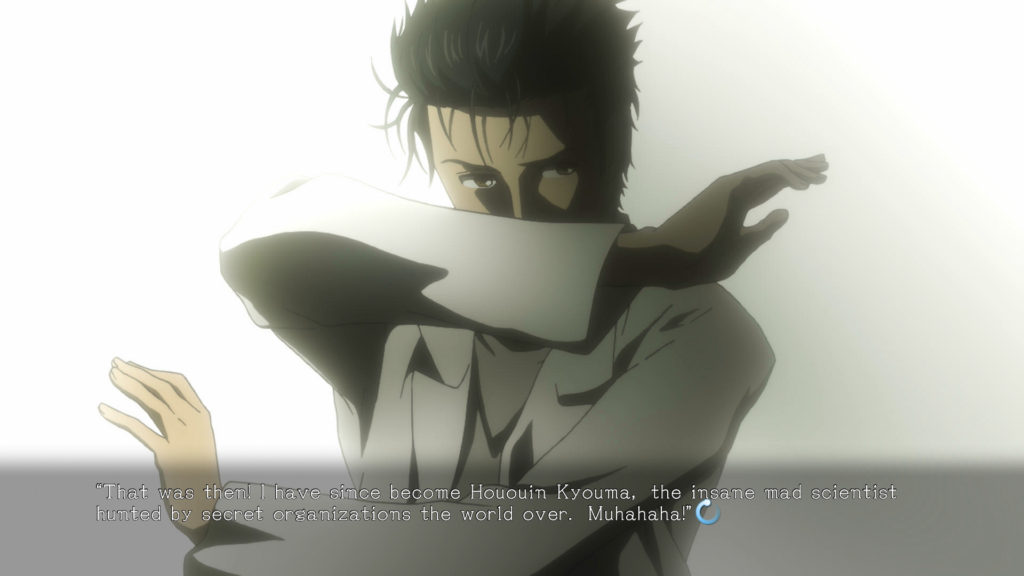 For me, the ‘definitive’ version of the game is the version that I played in the summer of 2014, between various relatives’ houses on my dying laptop. That summer was when I discovered the incredible beauty and power of visual novels, starting with Steins;Gate and finishing off with the collective project Katawa Shoujo.

It wasn’t the anime I fell in love with – it was the visual novel. To me, the definitive version of the story will always be the one populated by the characters of huke, not Sakai Kyuuta. And while I love the anime, no matter how good it is, it can’t take that feeling away from me.

Steins; Gate Elite will no doubt be the entry from now on for fans of the anime to get into the visual novel and the content only available in it. I wonder if, in a couple of decades from now, people will even remember the original Steins;Gate that I fell in love with. Or is that Steins;Gate already dead and buried? Only time will tell.

The Establishment of White Fox Studio

New Details Have Been Revealed on the Second ‘Re:Zero’ OVA