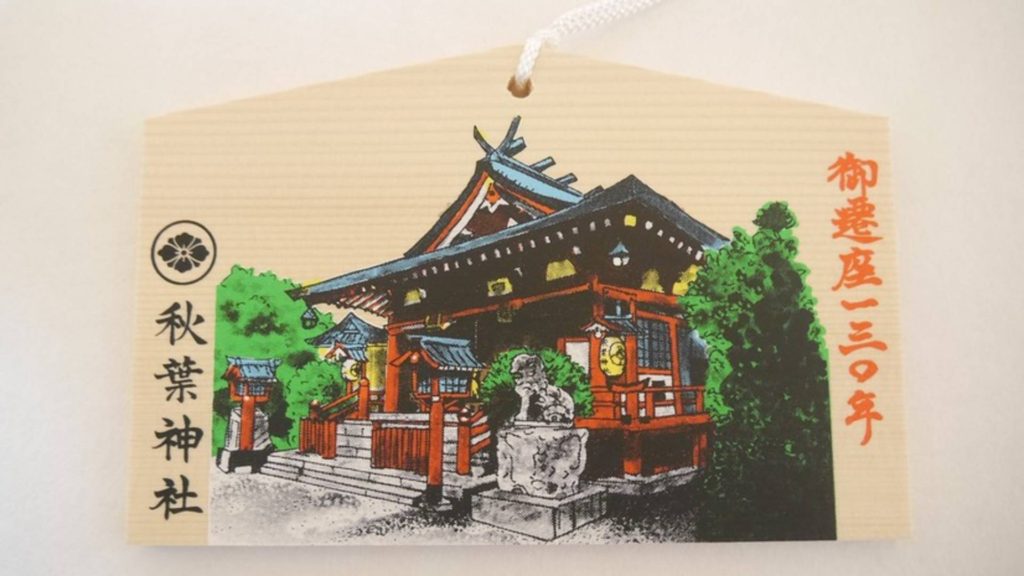 Although Akihabara may be known more generally as the home of otaku, for fans of the science adventure series Steins;Gate specifically, it holds a much more profound meaning as a prime spot for “seichijunrei,” or anime pilgrimage. Not only was the series based in Akihabara, but many of its iconic locations actually exist in the real world – such as the Radio Building, UDX, and even the Future Gadget Lab, where Okabe and friends unwittingly invent the world’s first time machine.

Another fictional place from the series that actually ‘exists’ in the real world is the shrine where Urushibara Luka lives and works. While Luka’s Yonagibayashi Shrine is named differently from Akiba Shrine, it draws direct inspiration from it for the design of the temple building that appears in the series, while its grounds draw inspiration from another shrine in Akihabara.

Nevertheless, it’s been a popular spot among Steins;Gate pilgrims for years and this year the shrine will be embracing its status among fans and holding a special celebration for Luka’s birthday, as well as it’s own 130th birthday. As part of the celebrations beginning August 30, fans of the series will be given a rare opportunity to go inside the shrine itself (which is usually closed), and a free Luka badge will be given to anyone who hangs an ema (a type of commemorative Shinto wood block) to celebrate the shrine’s 130th birthday. Furthermore, the seichijunrei app ‘Maidai Meguri’ will be running a special event where you can use AR to pose with Luka for a picture, or perhaps take a tasteful snap of him at work. Free tea will also be on offer, which never hurts. For those of you who haven’t visited the shrine just yet and are a fan of Steins;Gate, then this might just be the perfect chance to go ahead and do so. It’s just a short walk up from Akihabara Station itself, which will also allow you to scope out some of the other numerous Steins;Gate pilgrimage locations on the way. You can find the location of the shrine below: