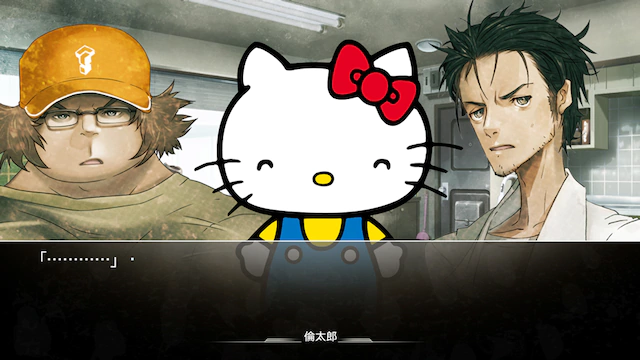 The cult classic game and anime franchise Steins;Gate is continuing its 10th-anniversary shenanigans into its 11th year and with the world-wide pandemic, we’ll take any distraction we can get even if the numbering doesn’t quite work out. Teaming up with the Spike Chunsoft developed Akihabara based mystery series is none other than Sanrio queen herself Hello Kitty, who comes fresh off a stint doing a bunch of promotion with Mobile Suit Gundam from its 40th-anniversary fanfare. We guess Japan’s new move is wheeling out its most adorable kitten whenever a big birthday comes around. Interestingly though, this unique cross-over goes a little deeper than just some promotional merchandise and imagery. 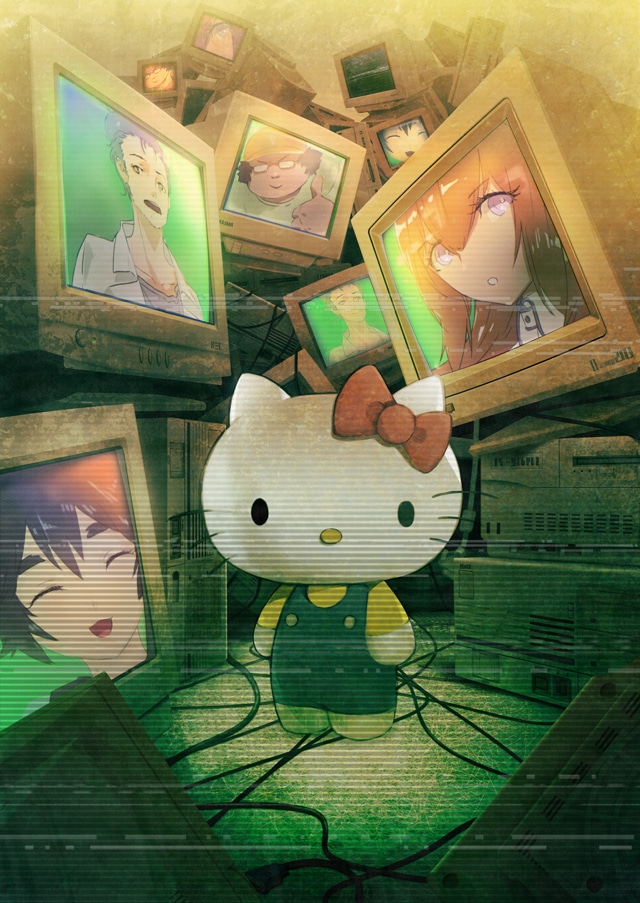 If you poke around on the official Steins;Gate 10th Anniversary website, you’ll find a whole section dedicated to the Hello Kitty crossover. There you’ll not only find the above promotional art, drawn by series mainstay Huke, but a series of small prologue scenarios featuring Hello Kitty, Hyouin Kyouma, and the rest of the Steins;Gate cast! They’re cute little things that are going to require some Japanese knowledge to sift through. Here’s hoping either at Mages, Sanrio, or the fan community, someone finds fit to translate these into English or any other language for that matter.

We keep saying this anytime a big anniversary comes up, but it really dates us the Steins;Gate is in the double digits now. I remember like yesterday people were talking about the show’s penchant for otaku culture, yet not relying on being an anime fan in-joke fo its genuinely compelling narrative, like it was the greatest thing they’ve ever seen. It topped the likes of MyAnimeList official top 10s for ages. Not sure where canonically Hello Kitty could fit into the mix but with all the time travel shenanigans and turning Bananas into corporeal goo, we’re sure the writers can figure it out.

It looks like more than just these prologues are coming from the official Steins;Gate Hello Kitty tie up.