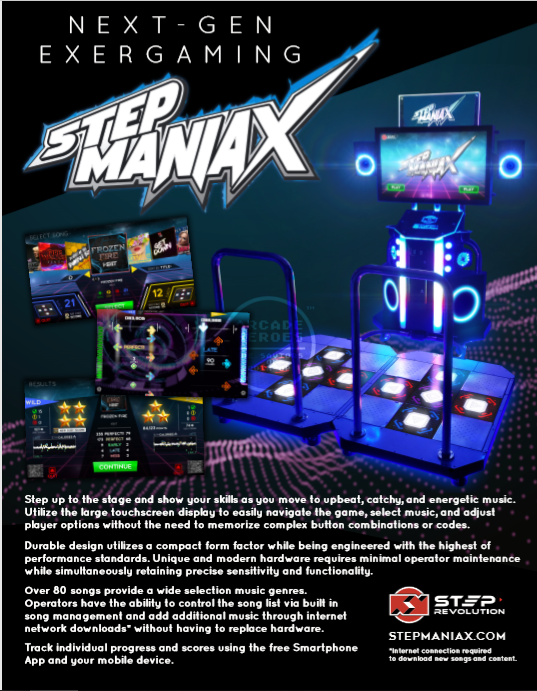 Our friends over at Arcade Heroes were able to snag some info regarding StepManiaX, the new exergaming project from Step Revolution. Headed by Kyle Ward, Step Revolution wants StepManiaX to serve as a spiritual successor to their other rhythm titles In The Groove and ReRave.

The flyer highlights the hardware features, specially the high performance and sensitive dance pads while also touching on the online & smartphone features. Over 80 songs will come default with the game with plenty more included with DLC. The arcade pad directionals are now colored, making them differ from the home pads and from the machine previously at MAGfest 2017.

Also, limited details on location tests for the game! If you’re anywhere near 8 On The Break in Dunellen, NJ, then you are in luck, as they will begin testing StepManiaX there as early as next week at the Champions of the Coast 2018 tournament (determined by shipping, of course). Another major location test is also set to be announced soon at a large overseas location. We’ll have your info as soon as it gets released.