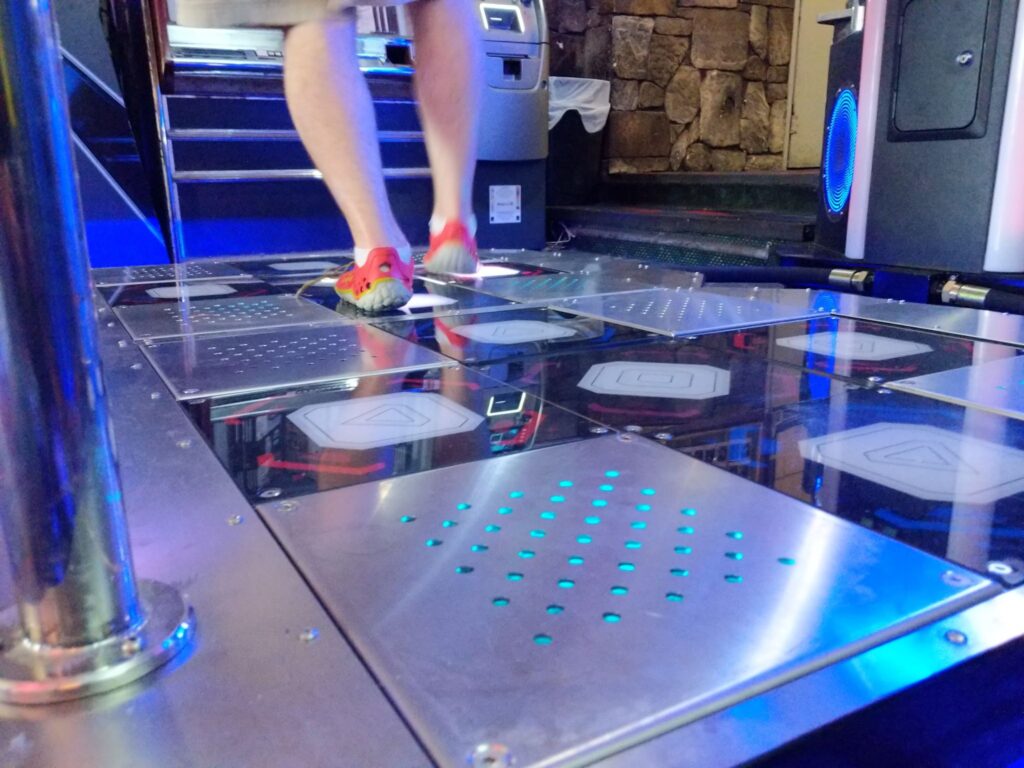 StepManiaX from Step Revolution has been in the works and teased for quite some time, and as of recent, we’ve seen impressive numbers of home arcade pads and machines sold to various vendors, and constructive feedback by the general public has been handled with, and noticed throughout development. The light at the end of the tunnel is near and we got to try it out this past weekend at 8 on The Break during their annual Champions of The Coast tournament.

But, the game has since changed when it was last at MAGfest 2017. The cabinet is now separated into two pieces of hardware to avoid the monitor shaking when playing, while the actual cabinet has gotten a tad wider with more speakers and pulsating lights as well as a clear marquee.

Speaking with Jason Bolt, UI/Graphic Designer for StepManiaX at Step Revolution, he says:

“Lots of visual design changes and polishes are everywhere – from refined animations to more player feedback when interacting, tons more noteskins, and a flurry of other fixes that really make it feel great to use. The main change is the target receptors are now replaced with a target zone. Instead of lining up the arrows to white, static receptors, you step on the notes when they enter the step zone in the same location, and where the moving lines end”. This is simply great since now notes also have their “ghost” glow effect appear physically wherever they stepped in relation to the step zone, making you physically see if you are early or late. At first, this is the main thing I’m sure people had to get used to. It’s different, but when you start getting a handle on where to step and where that timing window is, you’ll begin to start making progress on scoring like normal. 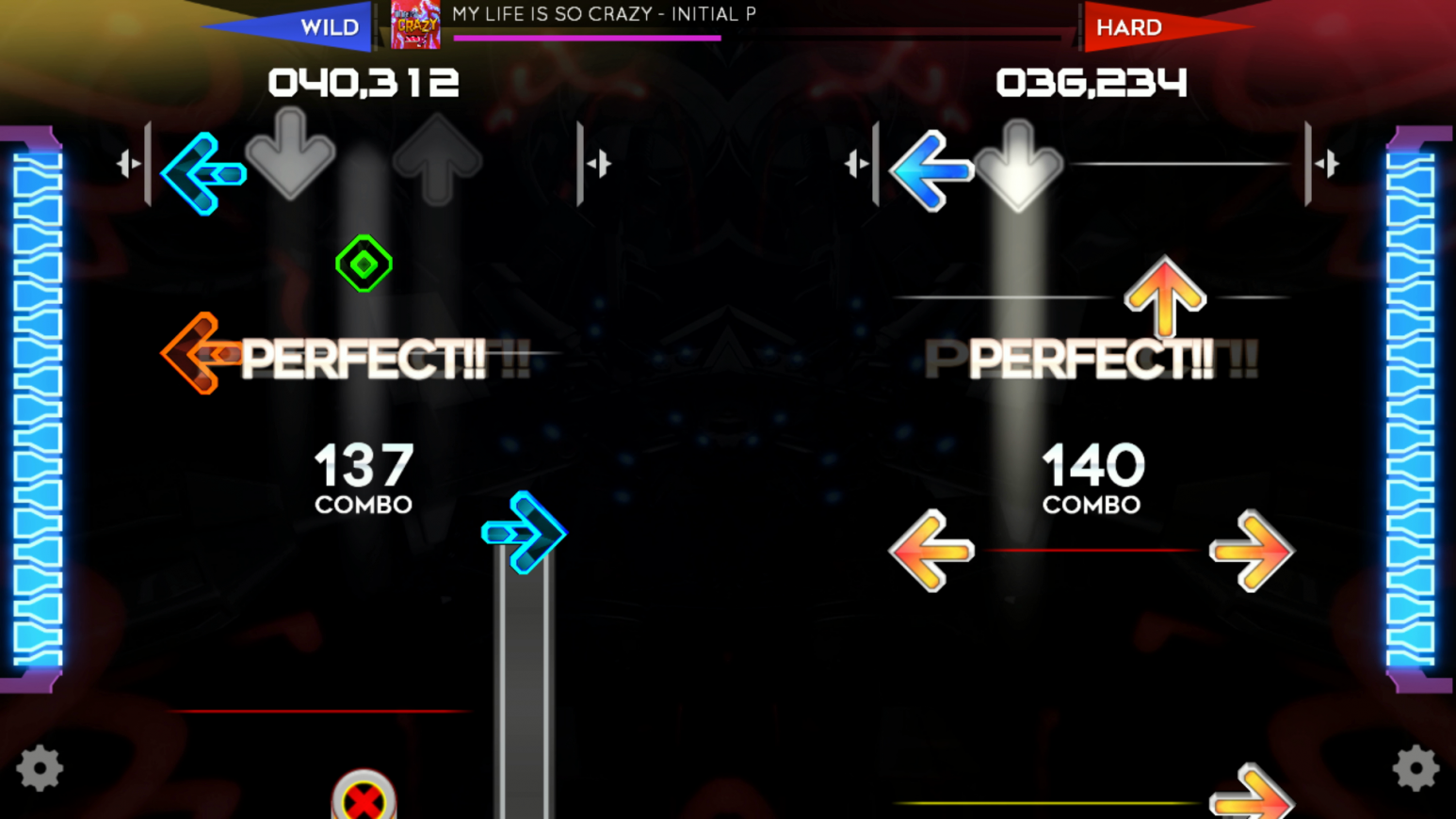 “Plus, we’ve also re-evaluated how we’re handling the lighting on the platforms – judgement colors now appear when the players step on the direction (for observers and for added flair), and some of the new content has some pretty awesome light patterns that take advantage of the…oh jeeze…144 LEDs in each platform” says Bolt.

Features and options wise, everything will be made available from the start on the machine. There are no talks about having certain options hide behind paywalls, or where you need to unlock options through paying any sort of subscription. The mobile apps for iOS and Android are still in development, and will be strictly for score tracking and checking scores and profiles of friends (if shared publicly). Global high scores for each song and a news feed of your friends’ scores will also be made available in the app. Though you can scan your QR code after each song, or at the end of your set (up to five songs). Though if you opt to scan at the end, we have seen countless people at the location test get upset because of an invisible timing window that booted them back to the splash screen for not being quick enough to get their app open and scan the code. If I had to guess, the window was about six seconds.

Speaking to Kyle Ward, Project Lead and Founder/CEO of Step Revolution, he said because of some arcades and game centers that do not either have internet access, or access to reliable/always on internet, your mobile phone or tablet will be the main hub for always being connected.

Much like their previous game ReRave, players will need to log in, tap the ‘scan’ button, and scan the in-game QR code and that’s where your information will be pushed through your mobile device and uploaded to the score tracker. The code is displayed on the name entry screen too, so you can just play your set, then scan when you’re done. Codes contain the last five songs the player has played, and lets you pick which ones you want to save. 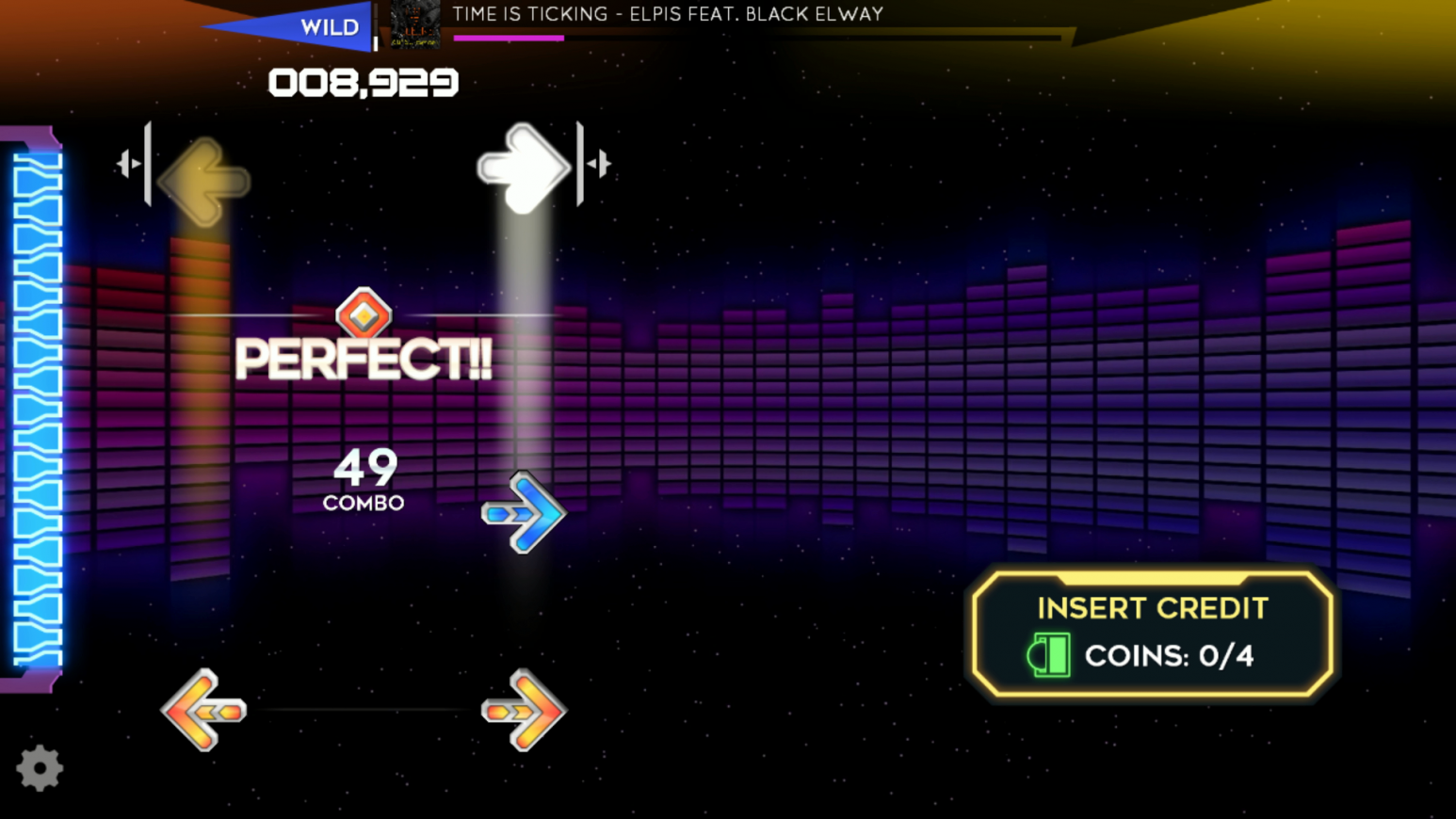 The song list below can be found on location at 8 on the Break as well as at Timezone at VivoCity Mall in Singapore. Oh yeah, there’s a location test now in Singapore! Tons of new songs have been added to the song list in compared to the list available last year at MAGfest 2017, but plenty more will be available through updates. I’d expect more machines to casually show up at Timezone arcades throughout Asia.